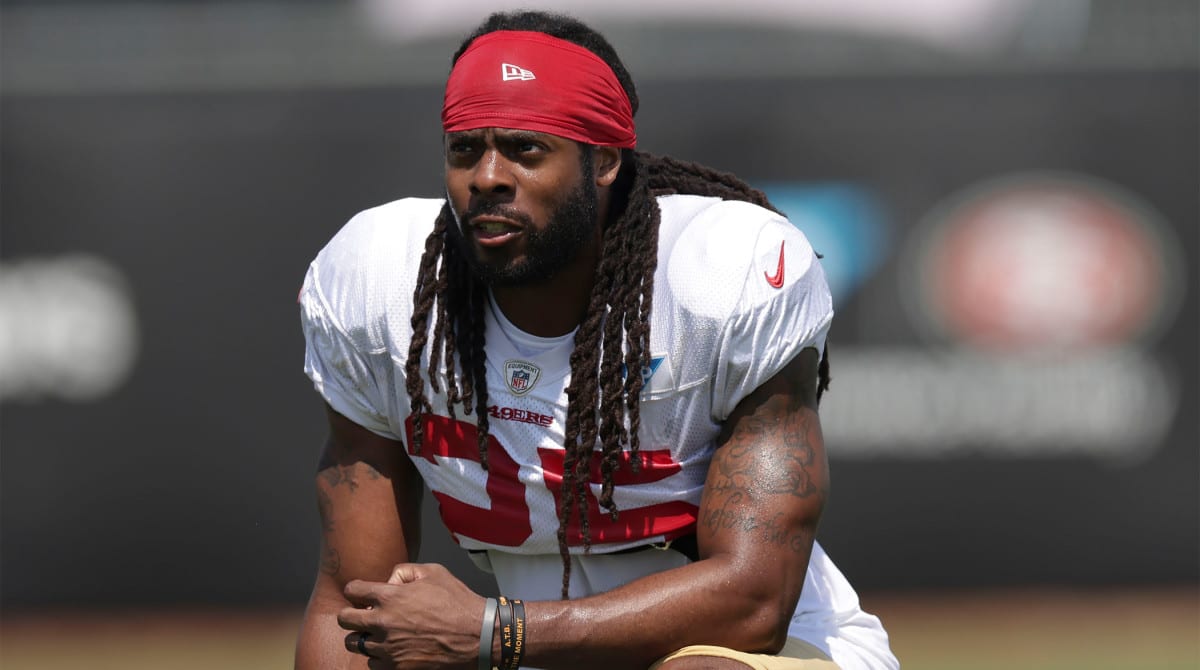 Richard Sherman is a well-known American footballer. Richard Sherman Divorce and more on the life footballer is something we will be taking up today. The celebrated footballer Richard Sherman is quite a well-known personality in the sports world and also has had quite a good career. He is an American football cornerback and is currently a free agent. In the year 2013, he played quite an important role, which lead the Seahawks to win their first Super Bowl. He even leads the NFL interceptions, which hence helped the team as a whole. Before moving to cornerback, he actively played college football.

The Seahawks drafted Richard Sherman in the fifth round of the 2011 NFL Draft. He is known for having the most interceptions and defended passes of any active player. Before properly shifting to his career in cornerback, he played as a wide receiver at the beginning of his career. His career in Seahawks was marked with success, and he is even considered one of the greatest cornerbacks in NFL history. 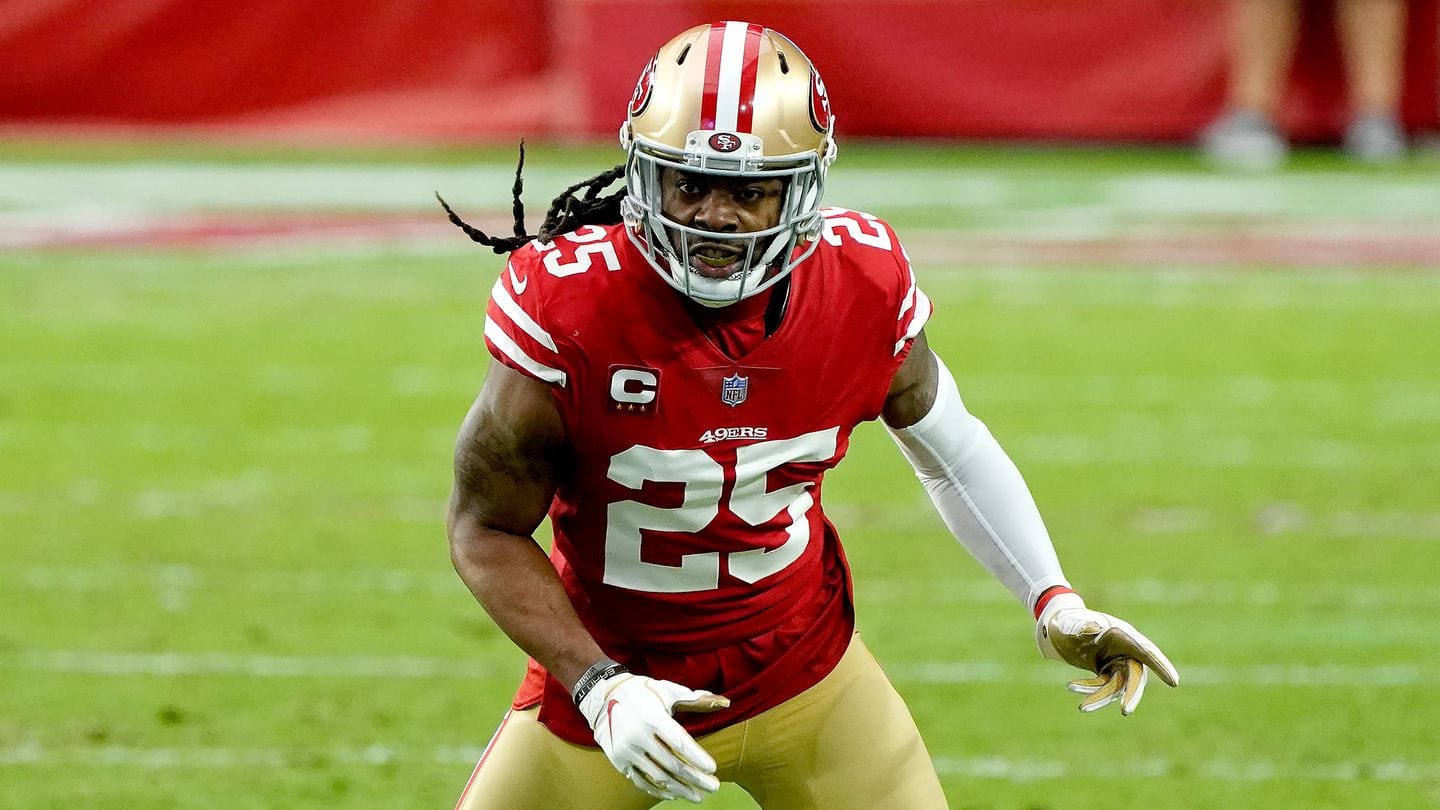 The former 49ers player has a huge contribution to the sport as a whole and is largely known because of his career achievements. Richard Sherman was even ranked as the fourth-best cornerback in the draft by the Sporting news. Sherman signed with the Seattle Seahawks in the year 2011 for a whopping $2.22 million contract. As soon as his contract with the Seahawks was over, he signed a new contract just a day after being released. Hence the 33-year-old athlete has been active for quite a long and holds quite a fan base, who are often keen to know more and more about his personal life.

Is Richard Sherman Getting a Divorce?

Much recently, the news of Richard Sherman being arrested flooded the news everywhere. Now with such a case, the first question is being asked on his stable relationship with his wife. So, is Richard Sherman getting a divorce? Lets dig in to know more. Richard Sherman is married to his wife, Ashley Moss. The two were in a relationship for quite a while, but it was only in 2018 that they got married. They started their relationship back in 2013 and finally got married after dating for almost five years. The couple has two children together and is known to be quite in a good bond.

Ashley Moss gave birth to their first son, Rayden Sherman, on 5th February 2014 and welcomed their second child, their daughter named Avery, on 16th April 2016. They often share adorable moments with each other on social media and share their love along with fans. Richard Sherman even owns a house at several places and is quite a devoted family man. 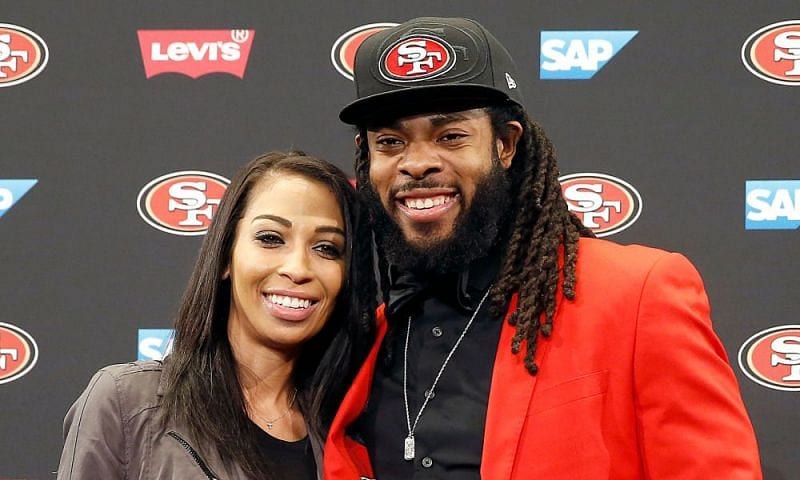 But much recently, the huge NFL star was arrested on 14th July 2021. He was reportedly trying to force his way into a family member’s house. He was even charged with burglary, domestic violence, resisting arrest, and malicious mischief. This incident happened in Seattle, and his wife even spoke on the matter to provide a clear justification. His wife, Ashley Moss, spoke on the matter, saying he didn’t harm anybody. With such a long relationship, Richard Sherman is known to be a family man, and his life seems to be going well. The sudden news of his arrest shocked his fans and audience as a whole, who are now keen to know the exact details of the incident. 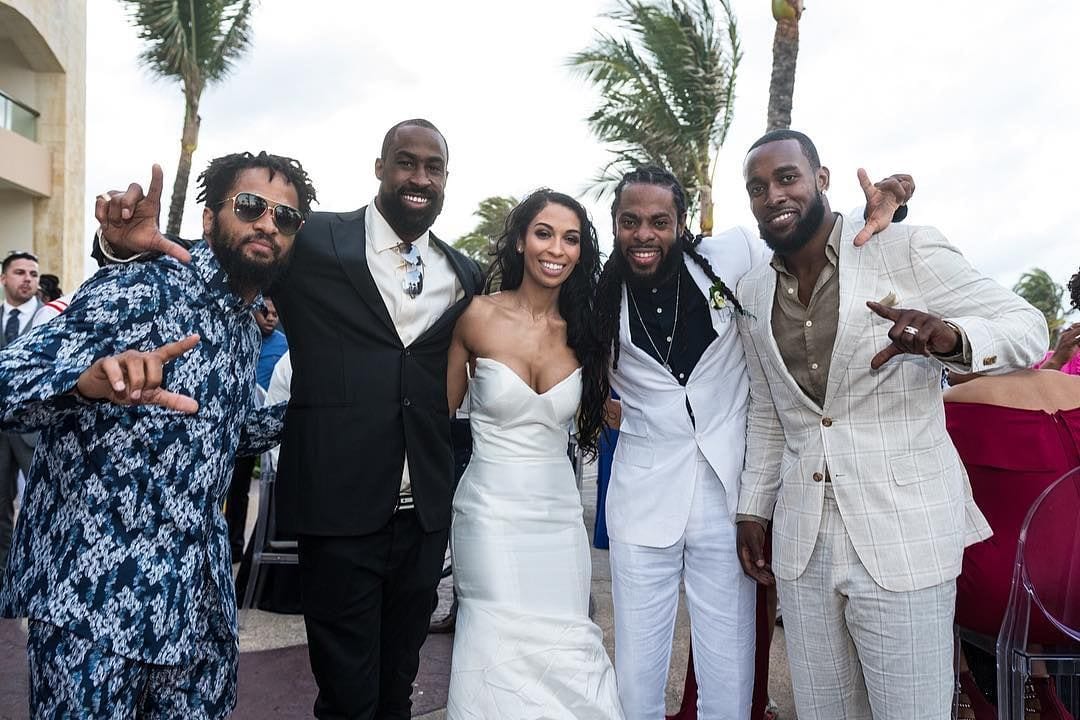 Richard Sherman along with his wife Ashley Moss

To clarify the ongoing rumors, his wife came forth and spoke on the matter. Ashley Moss said that her husband is a good man, and this is not his character for sure. Currently, situations are under control, and they are doing all right while trying to help him get out. She even said that no one was injured. So, one thing is for sure, even while in difficult times, their relation seems quite strong. So, for now, there is no news on the two parting ways or getting a divorce. Hence they are still going strong while supporting each other.