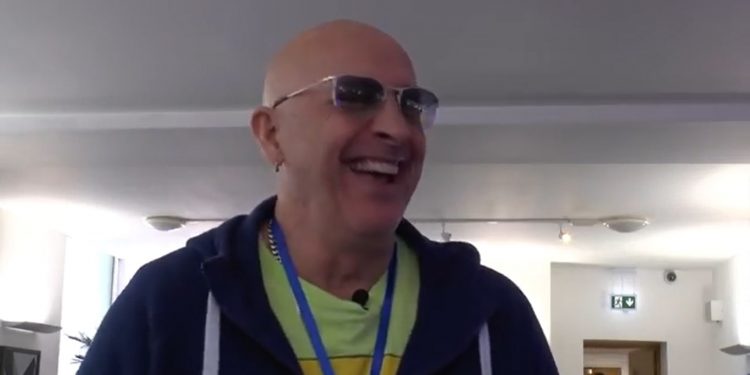 Richard Fairbrass is one of those celebrities who keeps his love life at one point and his career at another. Fairbrass gave more importance to his musical career than his personal life. Richard is an English singer and TV presenter. He is renowned as the lead singer of the famous pop group, Right Said Fred. He and his brother Fred formed the band in 1989. The brothers came into the limelight in the 90s after delivering two hit tracks, “I’m Too Sexy” and “Deeply Dippy.” They were the first English band to attain the number one slot in the US in a debut single. The last band to achieve such a record are The Beatles! Right Said Fred has won two Ivor Novello awards. Born in 1953, Richard Fairbrass’ Partner had a huge role in his success!

The band Right Said Fred is Richard’s most prominent accomplishment. The duo sang for many iconic names like Queen Elizabeth, Nelson Mandela, etc. Fred & Richard even sang in many Award ceremonies. But before forming his own band, Richard used to be a bassist. He worked with many notable artists back then. In 1984, he appeared in David Bowie’s Jazzin’ For Blue Jean as a bass player. Towards the end of the 80s, Fred joined Richard to form Right Said Fred.

Richard Fairbrass co-hosted a BBC Tv Show, Gaytime TV, in 1995. The show was to promote Gay Rights and target those who are against Gay people. Some ultra-nationalists had attacked Richard Fairbrass. He gave a strong reply, next day. Richard said, “How insecure for them to get threatened by a bisexual singer who sang I’m Too Sexy!” Let’s hear about Richard Fairbrass’ Partner & love life.

Richard Fairbrass’ Partner: All You Need To Know About His Personal Life

Since the last decade, Richard Fairbrass has suffered a lot of pain. The same Richard who donned the naughty grin and swag. It is hard to believe, but the truth is the last few years have been awful for him. The famous pop artist was all about producing hit records every year. Before 2010, no one would believe that Richard, has a soft spot for his love life. The man was all about amplifying the success of his career.

But in 2010, the most terrible thing happened to him. He lost his true love aged 45. Richard Fairbrass’ partner (ex) Stuart Pantry died of a long ravaging Cancer. Stuart was fighting cancer since the year 2002. Pantry and Fairbrass met each other in 1982. More than just loving each other, the two were the best of friends. It was Stuart Pantry who gifted him the finance needed for “I’m Too Sexy” The same track that personifies Richard’s career. In short, Stuart had a big hand in his success!

Stuart & Richard separated just a year after Stuart suffered a deadly stroke in 2002. Richard’s flamboyancy was nowhere while talking about Stuart (2017.) He contacted Stuart and was in touch with him for the next five years (2003-08.) Fairbrass did everything possible to nurse him back to health. But Stuart’s health was deteriorating with every passing year. In 2006, cancer spread to his lungs. And Pantry breathed his last on September 20, 2010. The Popstar admitted that life had been a turmoil since that day, both professionally and personally. The good news is that since 2017, Richard has found love again, and this time in a woman! We hope the best for his future!

Latest News Of The British Pop Star On COVID-19:

Recently, the Right Said Fred Singer fell victim to the coronavirus. He was feeling uneasy, as his body felt tiresome. But gradually, he recovered. The thing is Richard, denied getting vaccinated. The anti-vaxxer spent four nights in the hospital having breathing difficulties. All this must have surely reminded him of his late partner. Fairbrass said his covid experience wasn’t that bad. Richard Fairbrass claims that the vaccination is just for experiments. He says that it is experimenting on humans and is on trial till 2023. The three coronavirus vaccines have got the approval to get used in the UK. It would be smarter for Fairbrass to get vaccinated as soon as possible. Otherwise, he might meet the same fate as his partner.