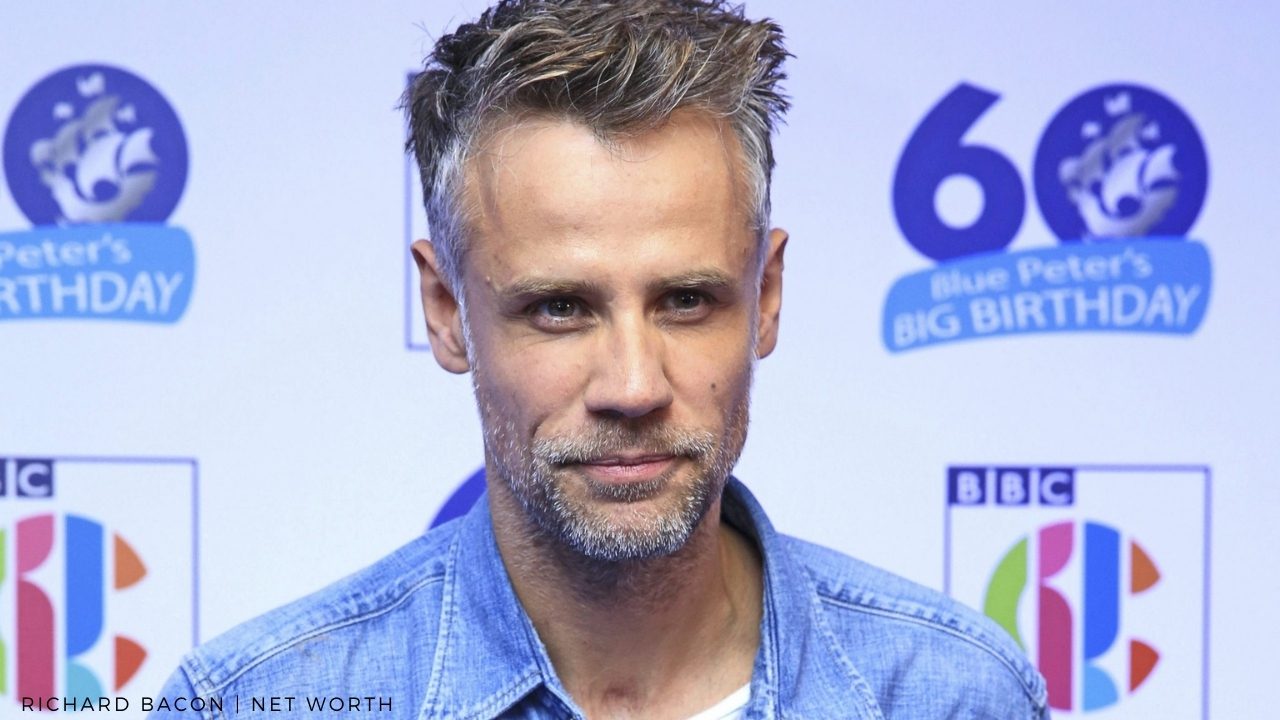 The English presenter Richard Paul Bacon has been in news recently over the Good Morning Britain Drug Scandal and his early exit from the show. The prime purpose of this piece is to delve into what controversy hit Richard Bacon, why was he removed from the Good Morning Britain franchise, and how much money did he accumulate all these years, i.e. what his net worth really is. But before all of that, our audiences should get an idea of who Richard Bacon is.

The English television and radio presenter was born on 30 November 1975. He worked as a reporter and a presenter for various networks across various spectrums but mostly sticking to morning shows. Richard was a presenter on The Big Breakfast and on ITV’s mega-hit morning segment, Good Morning Britain. He also acted as a stand-in presenter on the latter and on radio stations in the United Kingdom such as Capital FM, Xfm London, and BBC Radio Five Live. Richard was going well and doing well for himself, especially after 2016 when he became the presenter of The National Geographic Channel’s redo of its famous documentary and/or panel discussion TV series, named Explorer.

Richard Paul was born in Mansfield, Nottinghamshire. He’s had a privileged upbringing since his early childhood and went on to attend a bunch of prep schools in and around the United Kingdom, but mostly sticking to the United Kingdom. Richard attended the preparatory school on Newark Road situated in the village of Wellow and then later enrolled at Worksop College. He was then a Business Studies with Electronics at Nottingham Trent University but couldn’t continue his studies because he wanted to chase his passion for TV reporting and presentation.

Richard Paul Bacon: Why Was He Sacked?

Despite having an illustrious career at such an age, Richard Paul was sacked off from being the presenter of the children’s show named Blue Peter because of illicit drug abuse. His actual TV break in 1997 on ITV’s network came with the show the children’s show Blue Peter, in which he played the chief presenter. Thereafter Rochard became a global figure in the reporting industry and was also well-known amongst his peers. He used to present the show alongside the likes of Romana D’Annunzio, Katy Hill, Konnie Huq, and Stuart Miles. His career came to an abrupt end later on 19 October 1998, and he became Blue Peter’s first-ever host to have his contract terminated in mid-season. He was also required to turn in his Blue Peter Badge after his dismissal.

The controversy that hit him was that the London tabloid newspaper News of the World published a report of him taking cocaine. He was thereafter sacked for illicit drug use, and his tenure with Blue Peter just lasted 18 months in all. The head of the BBC’s children’s program, Lorraine Heggessey, then went on to describe Richard’s exit from the show, calling it a sorry state of affairs for the network.

Richard Paul’s net worth is just $5 million as we speak, and it’s chiefly because of the sudden end of his career and the termination of his contract thereof. Nevertheless, his career survived the major drug scandal setback, and he came clean. Thereafter he was hired to do The Big Breakfast, Top of the Pops, and many more reality TV shows such as Back To Reality and Castaway Exposed. He once again became the subject of controversy in August of 2005, when the band The Magic Numbers of Top of the Pops staged a walkout after he made a remark that criticized their body shape. During the rehearsals, he had called the body size and shape of members of the band a “big, fat-melting pot of talent”. The controversy relegated him to obscurity yet again, but he bounced back.

Though Richard’s career has been somewhat tumultuous, he has always bounced back. He did BBC Three’s series Most Annoying People, guest-starred various TV show’s on BBC, such as Channel 5’s The Wright Stuff and BBC Two’s Something for the Weekend.

Also Read: Andre De Grasse Net Worth: What Are His Total Earnings?

Oxenfree Ending Explained: The Guilt Trip That May Never End