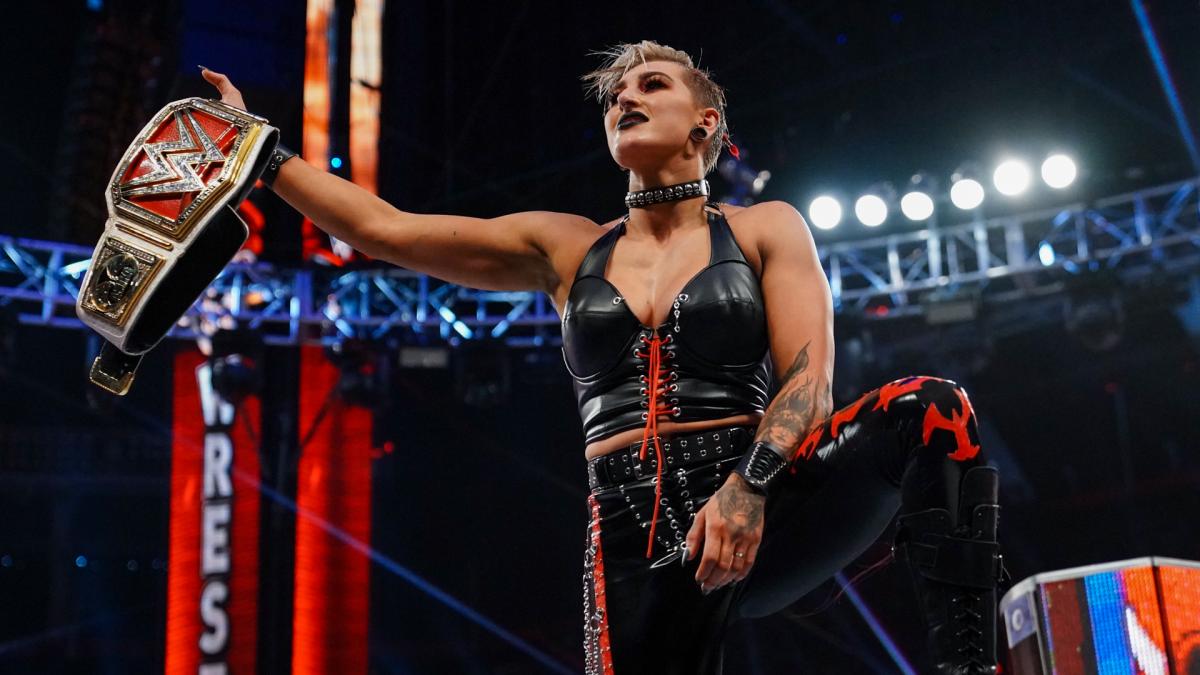 WWE has given birth to another female star who is bound to carry the division on her shoulders for years to come. Rhea Ripley, the 5 ft7 tall young professional wrestlers, is currently the hottest name in the women’s division of WWE. Recently, she bid adieu to the WWE’s developmental brand NXT making a shift to the main roster. Plus, on the first night on the main roster itself challenging the women’s champion Asuka who herself is an established superstar. Asuka prominently accepted the challenge aiming for a match at Wrestlemania 37 for the Raw Women’s title. Soon Wrestlemania 37 saw Rhea Ripley lifting the title and defeating Asuka in the process.

Now Rhea Ripley starts her journey as the new face of the women’s division, joining the main roster. She will be the head of RAW’s women division holding the roster’s prestigious title. So here we are taking a look at her Net Worth in 2021, past life, her career’s humble beginnings, and her journey to becoming one of the decorated women athletes of WWE in the recent past.

Rhea Ripley’s Networth in 2021 is around $200,000, as we know. The amount is bound to increase by the next year since she has made a shift to the main roster now. All her earnings come from her wrestling matches at regular events of WWE, including the weekly shows, monthly pay per view and live events. Also include the appearances on WWE Network’s special shows, YouTube shows, and events.

Rhea Ripley originally began on the Independent Circuit under her real name Demi Bennett. In 2013, she joined the promotion Riot City Wrestling and competed there for years, becoming a two-time RCW Women’s Champion.

In 2014, Rhea Ripley, with the same name, took the RCW title to Melbourne City Wrestling to defend it. She wrestled Savannah Summers and Toni Storm in a triple threat match, eventually winning. The streak continued with Benett once again defeating Savannah Summers in another match at MCW Fight For A Cause. Soon Ripley was in the eyes of WWE. Thus, WWE made the call.

Demi Bennett joined WWE for their inaugural Mae Young Classic. There WWE gave her the brand new name. Dakota Kai defeated Rhea Ripley in the second round of the tournament marking Ripley’s exit. Following the tournament, Ripley went on to have a minor appearance on NXT’s television but didn’t make a proper debut until next year. 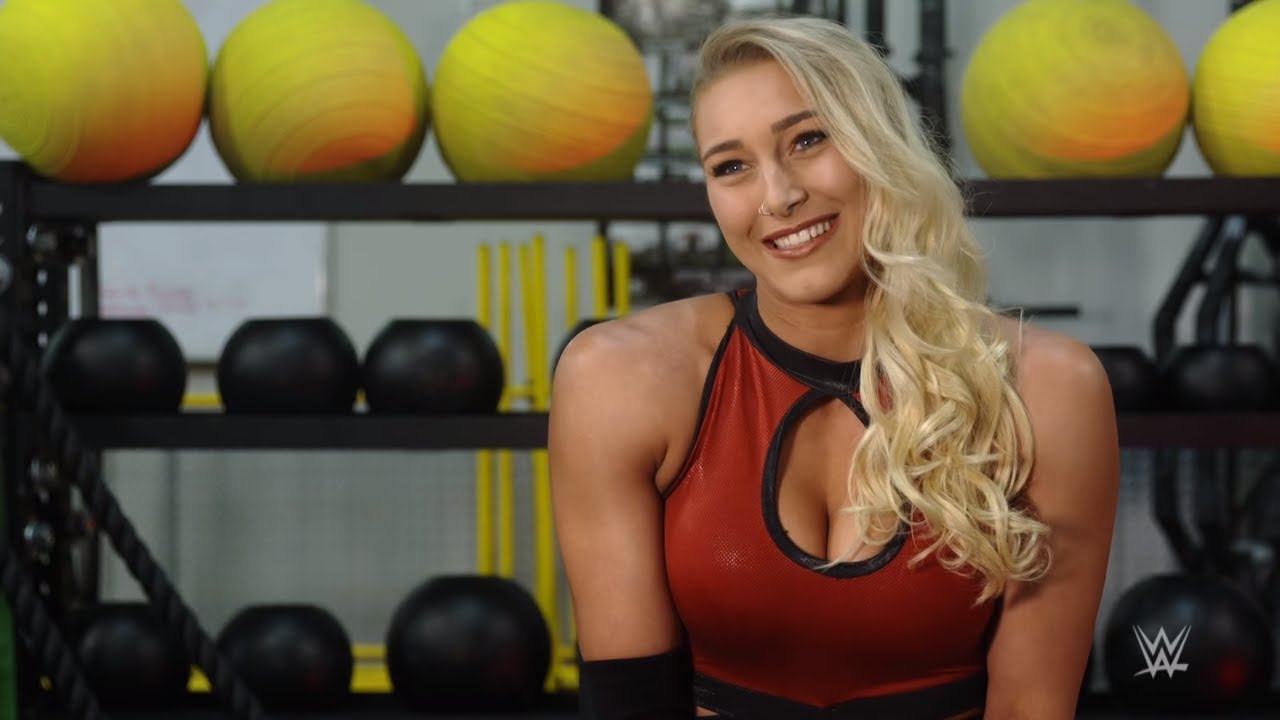 WWE organized the second consecutive Mae Young Classic where Rhea Ripley made her return. But now, with a new punkish look, an aggressive style of wrestling. Basically a total badass. The disrespectful attitude saw Ripley saying goodbye to her regular persona, turning heel, and reaching the semi-finals before being defeated by Io Shirai.

In 2018, WWE came up with their new brand of NXT for the UK superstars titled NXT UK. Rhea Ripley joined the roster and became a part of 8 women tournaments to determine the NXT UK Women’s Champion. She reached the finals to defeat Toni Storm and thus becoming the first female Australian Champion of the company and second Australian Champion right after Buddy Murphy. 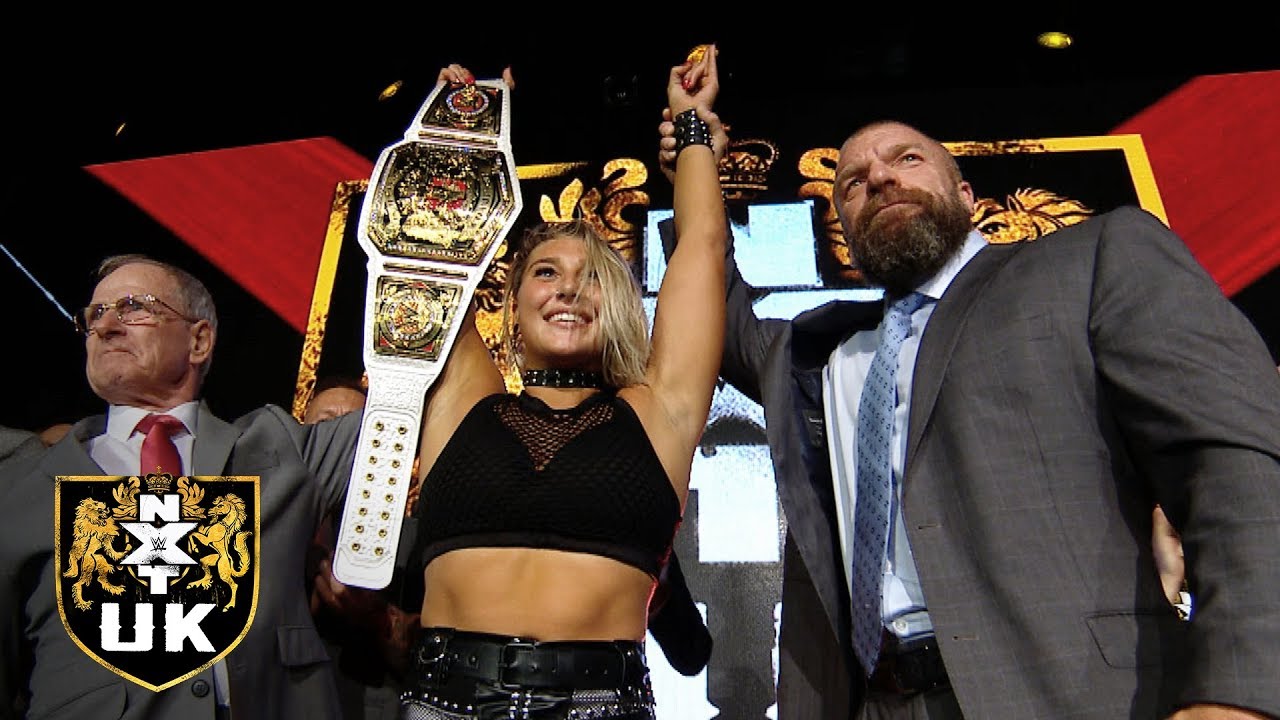 Rhea Ripley held the NXT UK title for 139 consecutive days, defeating a number of challenges. Until Toni Storm defeated her for the title at NXT UK TakeOver: Blackpool. Being a part of the NXT UK roster, Ripley made her first main roster appearance in 2019’s Women’s Royal Rumble Match. Bayley eliminated her, and Ripley went on to spent the rest of the year competing on NXT UK’s brand in a rivalry with Piper Niven.

Also Read: Facts About Dwayne Johnson That You Didn’t Know

In 2019, Rhea Ripley returned to the NXT brand interrupting and challenging NXT Women’s Champion Shayna Baszler. During the feud, Ripley also carried the NXT Women’s division in an Invasion storyline against the main roster. The first feud saw her leading Team Ripley against Team Baszler in NXT’s first Women’s War Games Match. On the other hand, leading the NXT women in a traditional Survivor Series Match against Team Smackdown and Team Raw. 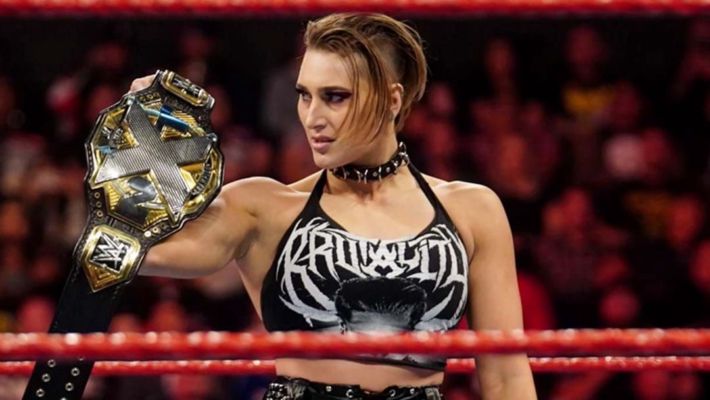 Following the feuds, Ripley defeated Baszler for the NXT Women’s championship, becoming the first woman to hold both NXT and NXT UK women’s titles. She took the title to the main roster and asked 2020 Women’s Royal Rumble Winner Charlotte Flair for considering a match for the title. Flair defeated Ripley at Wrestlemania 36, marking the end of Ripley’s NXT title run.

The rest of the year, Ripley was involved in a number of feuds, often being the pivotal part of NXT’s Women’s locker room. A feud with Raquel Gonzalez saw both the stars taking wins over each other. Eventually, Gonzalez ended Ripley’s NXT run, defeating her in the Last Woman Standing match at NXT’s New Year Evil.

Also Read: Paul Donald Wight ‘Big Show’ Net Worth In 2020 And All You Need To Know