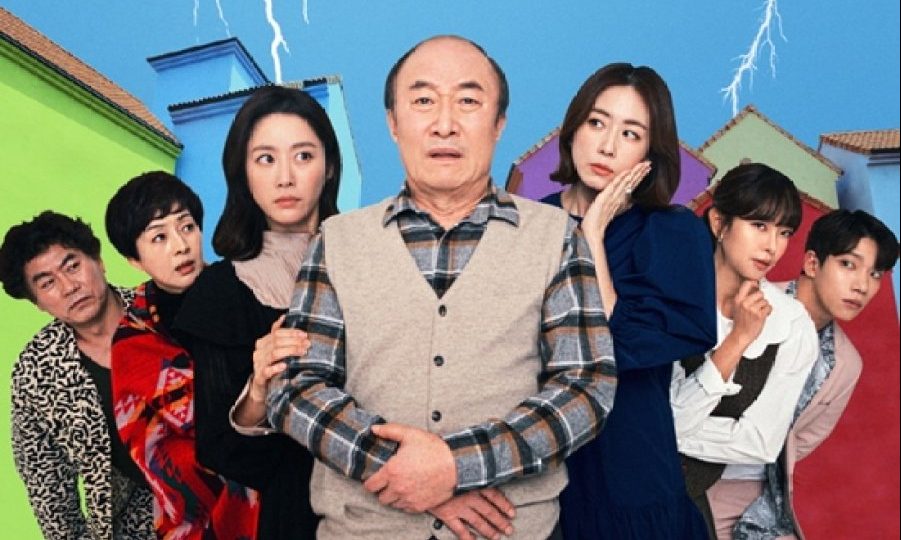 Revolutionary Sisters Release Date was on March 13, 2021, at 4:25 p.m. on KBS2 original network. The drama stars Hong Eun-Hee, Go Won-Hee, Choi Dae-Chul, Kim Kyung-Nam, and Jeon Hye-Bin in the leading roles. The drama has also achieved its highest ratings in the network to date with the airing of the fourth episode, that is we can say episode 7 and 8 on March 21, 2020. Revolutionary Sisters is not only about love and other problems. It also portrays family drama, relations, thriller, murder, and mystery along with love life.

From the looks of the drama, Revolutionary Sisters seems to may have lots of mysteries and secrets that lead to the murder of their mother. Everyone is pointing to the three sisters and their father for the mother’s murder. Even the three daughters are blaming their father only. But, it may not be so the case as there are yet for more revelations to take place. Now, let’s see the recap of the previous episodes. 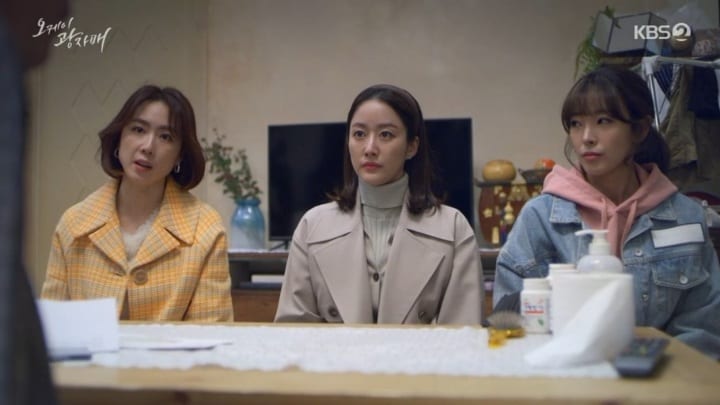 A scene of the three sisters from Revolutionary Sisters Episode 7 & 8 (Credit: KBS2)

Revolutionary Sisters starts with a long hair guy walking down the road along with a guitar on his back. He seems to be lucky to go guy who smiles even when the motorcycle hits him.  The owner of the motorcycle is bringing a mail to a person namely, Mr Lee Cheol Soo at the construction site. Lee Cheol Soo opens up the envelope and saw that it is a divorce petition sent by his wife. He along with his wife taken aback by the divorce. The first episode portrays how Lr Lee Cheol Soo received the divorce petition from his wife, Oh Maeng Ja.

The first episode also introduces his three daughters, Lee Gwang Shik, Lee Gwang Nam, and Lee Gwang Tae. Cheol Soo went up to his three daughters for help. However, none of them does so and only blames their father. He also went up to his sister-in-law, Oh Taeng-Ja and giving him his wife address. But, she also did not say anything to him, and only asks him to repent and realizes his mistakes. We also see how Bae Byeon-Ho is cheating on his wife, Lee Kwang-Nam. He also has another family with a new-born son.

But, suddenly, he received a phone call on the day when Cheol Soo and Maeng Ja were supposed to meet in the court for their petition. He suddenly rushes to the hospital wherein he saw his wife as dead. Cheol soo was very sad and said that his wife could not leave him. But, the most interesting thing was another woman accusing him and saying that it is due to his wife that her husband ended up dying. His wife was having an affair with another woman’s husband and also promised him to bring more money. The daughters were very sad about the death of their mother. At last, we came to know that their mother did not die in an accident but was rather murdered by someone.

Revolutionary Sisters Episode 7 & 8 was on March 21, 2021. Each episode was of 35 minutes and brought are clubbed together as Episode 4 in general. We saw how the previous episodes took place one year back. Episode 7 and 8 takes place from the present timeline to after one year. The episode starts with Lee Kwang Shik returning to Korea. However, detectives immediately took her for interrogation upon returning to Korea from the airport itself. The detective then asks her questions as to why did she run away after the death of her mother. Moreover, there are many motives for her wanting to murder her mother. The detectives also pointed out that her mother did not like her. But, she denied all the allegations and said that she just ran away off because everything was too exhausting for her.

The detectives let Gwang Shik off without any proper evidence against her. She just returns on the day of the memorial and went to her sister, Lee Gwang Nam’s home. However, Lee Gwang Tae is not happy upon seeing her and said to go her away. But, Gwang Nam sent Gwang Tae to her room and welcomes Gwang Shik. Han Ye Seul also changed a lot in one year. He gave up his dream of singing and does many part-time jobs for making money. Furthermore, he also shortened up his long hairs. Someone calls him up and says that he set up a meeting with someone named Mr Park for making a debut. But, Ye Seul rejects his offer and said that his dream now only is to make money.

Gwang Shik also comes and opens up a diner. The episode ends with Gwang Shik and her three sisters along with their aunt finishing their preparation for opening the diner for the first. But, the detectives also comes running to them in their diner and says that they know the killer of their mother.