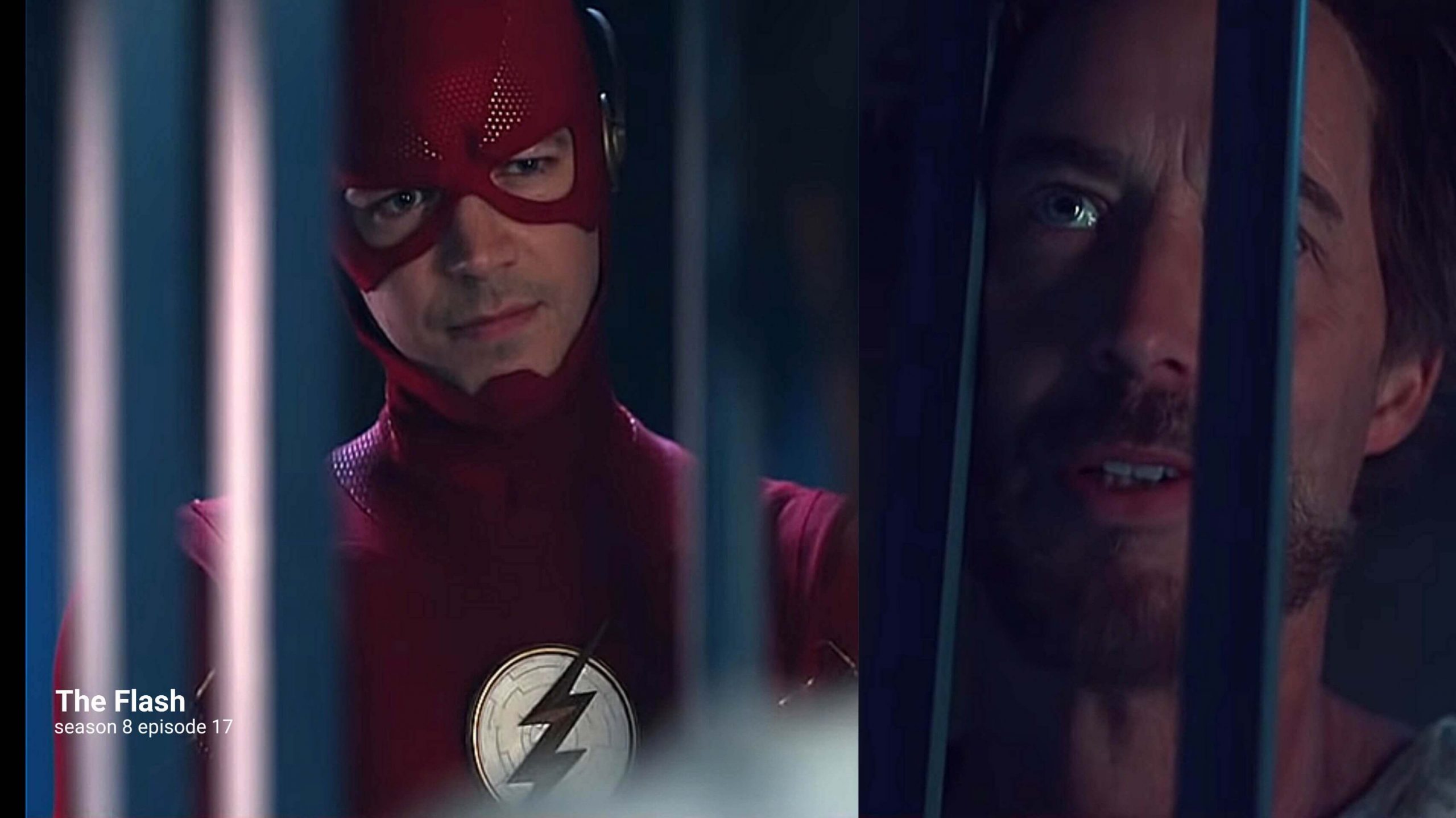 The Flash Season 8 Episode 17 will be arriving after a short hiatus. While that might be let down for many, at least fans can take solace in the fact that someone important from the show’s past is coming back. Apart from the familiar antagonistic return, the next episode will also see some new meta stuff going on. Barry is on the run to find leads about a possible new fellow speedster while ensuring it’s not someone he already knows. Before we delve into all that in detail, however, let’s take a look at what happened previously.

In episode 16, we saw Flash get into a tricky and annoying quandary. While on a superhero gig to stop a tech thief, Flash becomes the victim of a shock wave. Consequently, he starts to speedrun aging. To reverse the effects, Barry tries a great many things. However, not much comes to fruition. In fact, all his efforts only end up catalyzing the aging process. We see the speedster and others try and get him out of this absurd problem as the episode progresses. Let’s now delve into all that episode 17 will entail. Spoilers ahead!

Is there a Trailer for Episode 17?

Yes, in the official promo clip for the upcoming episode, we see Barry learning of a weird development. As it turns out, there’s a new meta in town who also seems to be a speedster. After learning of this possible new speedster, Barry will go on a hunt for them. However, before that, he has to go and meet Thawne to make sure it’s not him. We see in the trailer, a little glimpse of the Reverse-Flash. Glib and giddy, he wonders out loud just what might the reason be that’s made Barry run all the way to see and ensure he’s still in prison.

The Flash Season 8 Episode 17 will release on June 8, 2022. The official synopsis for the upcoming episode reads, “The Flash (Grant Gustin) goes off the grid to look for answers about a new Meta in town. Meanwhile, Allegra (Kayla Compton) pulls out all of the stops at CC Citizen Media, to protect a source and a friend.” Danielle Panabaker has directed the episode, with the teleplay by Kristen Kim and Emily Palizzi. The official title for the upcoming installment is “Keep It Dark”.

The Flash Season 8 Episode 17 will air on The CW at 8:00 pm next week in the United States. For the audiences in Australia, The Flash S08E17 will release on Fox 8 and Fox 8 HD. New episodes premiere on these channels every week on Wednesdays at 8:30 pm AEDT. In India, it’s Amazon Prime Video that serves as the home for the superhero drama. Additionally, you can also stream The Flash S08E17 online via several VOD platforms like Amazon Prime Video, Vudu, iTunes, and Microsoft Store.