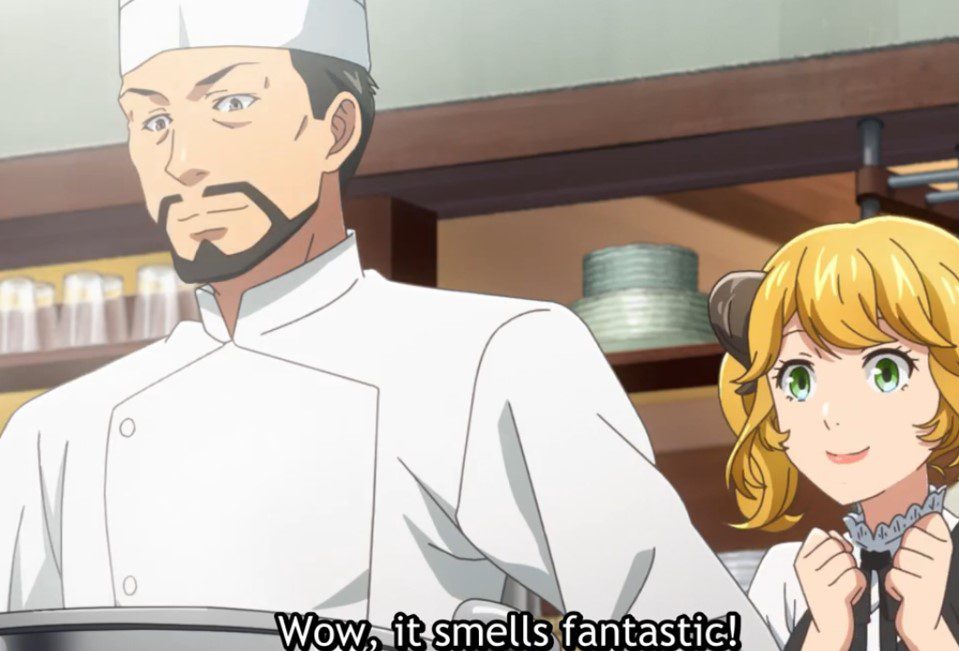 Restaurant to Another World 2 Episode 2 reveals a monster race working in the restaurant to serves other guests in private. The episode begins on a weekend where an elf girl and a blonde hair monster clean the restaurant. From the latest Restaurant to Another World 2 Episode, the blonde girl told her master that she had finished cleaning. The master called her Aletta and told her to help with cooking. Aletta smells the aroma of corn potage and prase her master. Master reveals that his friend gave him a bunch of corn.

They will be serving it instead of miso soup. Kuro arrives and joins the two, and her master realizes that he can’t get used to Kuro’s telepathy. Kuro opens the pot and notices that her master is also cooking chicken curry. They look at the clock and realize that it is about to open. After a minute, the door opens, and the guest from another room enters the room. The house is fully packed with different monsters from another world. The master has put a list of the food that they are serving this weekend.

Meanwhile, Hilda is looking to find a considerable bounty at the Empire and notices that she will get a huge amount if she kills a goblin. The drunken adventurer joins her and notices that she has found a good bounty. The guy told Hilda to join his merchant, and he will get to slay something massive that killing an easy goblin since killing a goblin is just cutting its head. The crew laughs at Hilda, and Hilda tells that guy no one would ever join his guild. Hilda decides to take the goblin offer, and the guy reminds her that he is giving her the last offer.

Previously on Restaurant to Another World 2 Episode 1

Hilda met with two ladies adventurers who praised her for scolding the bearded adventurer. She notices that it is Ranija and Alicia. Ranija wonders if Gelda doesn’t need anyone’s help. Alice took the paper and realized the Great Hilda the Night Strider was going after the goblins. Ranija wonders if a reward like this is even worth the effort. Hilda took her paper away and told the two that they couldn’t be sure. Later in the morning, Hilda fight with an army of goblins. She killed half of them and realized that she had found their nest. In the evening, she set on fire and enjoyed eating some of the meat. 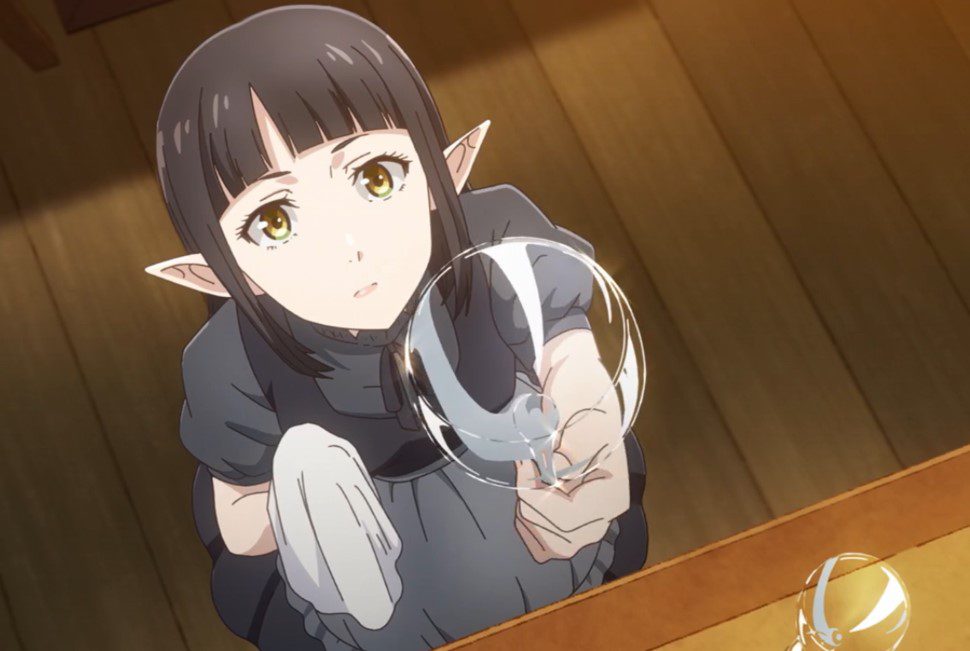 Hilda is a human beast who can be human in the afternoon and be a beast in the evening. The next day she went out for hunts and clashed with another army of goblins. Hilda realizes that she is facing the tough crew and the managed to hurt her back. After a long battle, she took them out one by one and decided to head back to the village and report. Hilda realizes that she will get a huge bounty for singlehandedly killing all goblins. She realizes that there is a treasure and decides to find it first.

Hilda is impressed that she wiped out the last horde of goblins, and they look like a bunch of junk. She enters their dungeon, thinking that she’ll find something. When she was inside Hilda, she saw a door written Westen Reastaranmt Nekoya. She opens it and arrives inside the restaurant where Alleta welcomes her; Hilda sees other races eating delicious food and joins them. She notices that Aletta has horns and wonders if it is a demon. They serve her delicious food that he had never tasted in her life.

Restaurant to Another World 2 Episode 2 will be released on 9 October 2021. The restaurant is now open for the different races to enjoy the new dishes. A lot of encounters await Aletta in the next episode. Note that this arrives on Friday in other countries, but in Japan, it will be Saturday. Let’s look at the Restaurant to Another World 2 official streaming details and updates below. 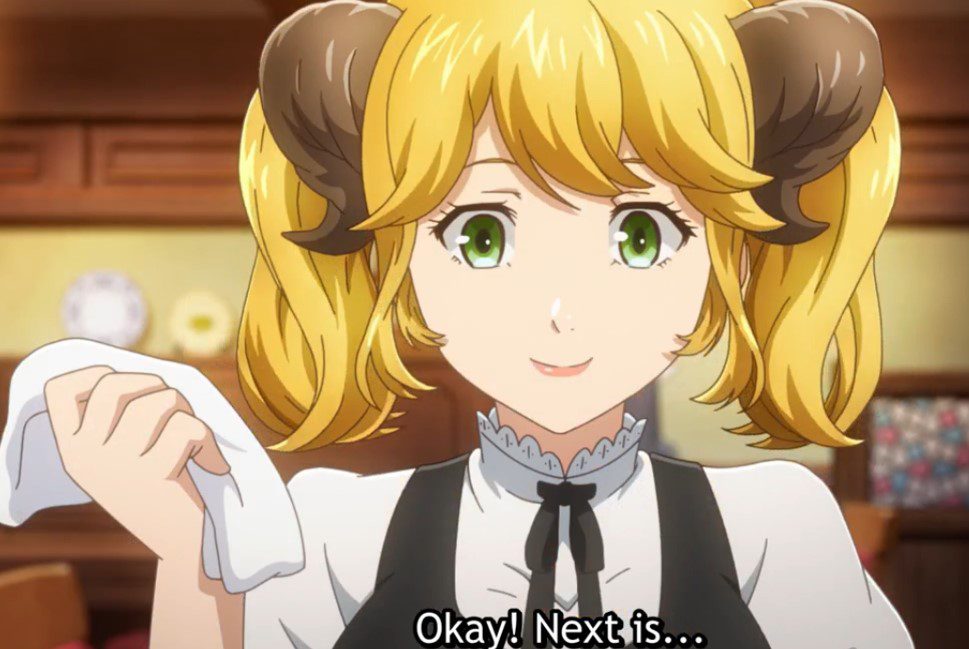 Restaurant to Another World 2 is available for streaming on Crunchyroll & the official Youtube channel. The sub for this anime has begun to release, and the dub will follow soon. This will offer twelve episodes running for twenty-four minutes in each episode. Crunchyroll will cover worldwide, and it will be easy to access this. Let’s meet when the Restaurant to Another World 2 Episode release.

In this article:Restaurant to Another World