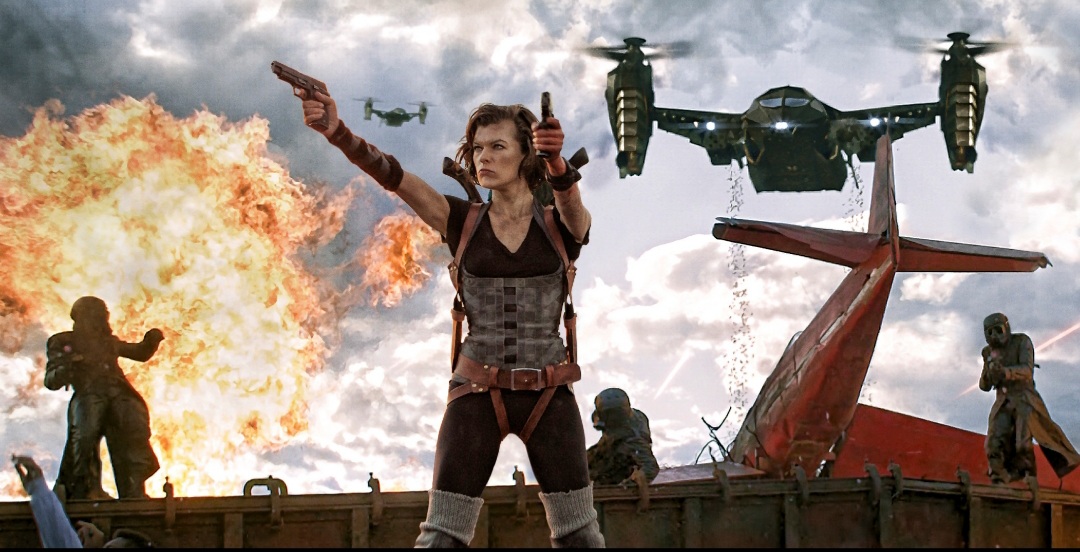 Resident Evil: Afterlife is the fourth installment in the Resident Evil franchise. Paul W. Anderson, director of the first one in the series, returned to helm this film. Released in 2010, Afterlife is a direct sequel to Resident Evil: Extinction (2007). The film stars Mila Jovovich reprising the leading role of Alice. Along with her are Ali Karter, Kim Coates, Shawn Roberts, Spencer Locke, Boris Kodjoe, rand Wentworth Miller. The franchise and the movie is a loose adaptation of Capcom’s popular video game of the same name. Musical duo Tomandandy has composed the music for the film. Glen MacPherson handled the cinematography while Niven Howie served as the editor. Released under Sony Pictures Releasing, the film was a commercial success, grossing over $300 million worldwide.

Despite not being able to collect good reviews from the critics, the Resident Evil films have gained a cult following. The films certainly have a charm that’s pretty exclusive and unique to the franchise. As for the story, well, it’s a whole zig-zag path of convoluted plotlines and confusing timelines. It can get a bit difficult to keep a track of the films in this series. Afterlife marks the return of Paul W. Anderson to the series and ends on a massive cliffhanger. It is sure to leave fans speculating about what happens next and what becomes of the characters? So let’s delve into the ending of the film. But before that, how about we revisit the plot and the characters? Tread carefully if you have not watched the film completely or at all, for spoilers lie ahead!

Who Plays Who in the Film?

Mila Jovovich reprises her role as the zombie-killing superhuman. She has become virtually indestructible after bonding with the T-virus on a cellular level. Ali Karter stars as Claire Redfield, younger sister of Chris and former ally of Alice. She had lost her memory during events before that of Afterlife. Wentworth Miller plays Chris Redfield, an elite soldier and the older brother of Claire. Chris is a primary character in video games. This was his first feature in the film series. He also joins Alice and his sister to battle against the zombies in Arcadia. Shawn Roberts plays Albert Wesker, the Chairman of the Umbrella Corporation. He has gained superhuman abilities of his own, having super strength, speed, and regenerative abilities. He’s also hilariously great at escaping his death.

Boris Kodjoe stars as Luther West, a former pro basketball player who now leads the survivors of Los Angeles. Kim Coates plays Bennett Sinclair, one of the survivors from Los Angeles who used to be a film producer. Sergio Peris-Mencheta plays Angel Ortiz, another one of the survivors in Los Angeles. Lacey Clarke plays Crystal Waters, a survivor in Los Angeles who used to be a swimming champion in her high school. Norman Yeung plays Kim Yong, Bennett’s former intern and now one of the survivors. Spencer Locke plays K-Mart, a young girl, and a survivor. Mika Nakashima plays J-Pop Girl who is the patient zero of Japan. Ray Olubowale plays the monster known as The Executioner. Finally, Sienna Guillory plays Jill Valentine, a former S.T.A.R.S member, and Raccoon city police officer.

The film starts with Alice launching an attack on the Tokyo headquarters of the Umbrella Corporation. They wreak havoc but are all eventually killed, except for the real Alice. Wesker manages to flee away and drops the bomb on the facility, destroying it along with all of Alice’s clones. The real Alice manages to covertly board Wesker’s gunship where she confronts him. However, Wesker injects her with a serum that robs her of her superhuman abilities. After the plane crashes, Alice survives and heads off to Arcadia, a supposed haven that’s infection-free. However, the place is devoid of humans, except for Claire Redfield who doesn’t remember anything. She wears a strange contraption on her chest that keeps her from recollecting. Alive helps her get rid of the device and heads off to Los Angeles with her.

In LA, they meet a group of survivors atop a prison roof, ensnared by the undead. They land on the roof and later find out that the Arcadia is actually a ship. The ship has stopped broadcasting the message a couple of days ago. It is anchored nearby the harbor and now they have to get through the zombies to get to it. Alice and Claire join the survivors to get to Arcadia, as the zombies inch ever so closer. They free Claire’s brother Chris Redfield and eventually reach Arcadia. The rest of the survivors are killed and the only ones to survive are Alice, Claire, and Chris.

After Alice, Claire, and Chris board the Arcadia, they find other 2,000 survivors there. They are kept there as research subjects by the Umbrella Corporation. Alice then discovers that Wesker is onboard the ship and has survived the crash. He has also gained superhuman abilities through the virus. A battle between Wesker and the trio ensues, with Wesker dominating them. A rescued K-Mart joins the battle and they manage to defeat Wesker. However, he escapes on his gunship and tries to destroy Arcadia with explosives. But this time he finds that the explosive is inside his own ship, consuming Wesker as it blows up. Thinking they’re safe, Alice broadcasts a message to all survivors. However, as the film ends, they look up at the sky to find that Umbrella gunships have ensnared the Arcadia.

Resident Evil: Afterlife ends with a major cliffhanger. The seemingly improving situation turns dire as the Umbrella gunships threaten the survivors. You can rule out Alice and the band getting out of this one. They don’t have ample firepower or superhuman abilities. Alice is now human and apart from the trio, the rest of the populace on the ship are regular survivors. With all the numerous Umbrella gunships and their manpower, odds are heavily stacked against our heroes. And so another round of Umbrella’s evil activities commence, and you also bet the trio will eventually disband. As for what happens to Wesker, you can never be sure about his death. He has probably pulled another escapade from death, he is a superhuman after all. 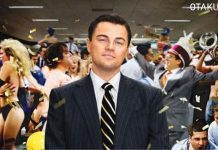