Reservation Dogs has recently started airing on our digital screens and we could not be more thankful for that. Previously in the second episode of the series, we have seen that Bear got jumped by various members belonging to the rival gang. This is what forced him to have his situation checked at the Indian Health Service Clinic by Rez. This institution is quite known for providing the necessary healthcare to more than 5.2 million people who are living in the United States but are indigenous. Sterlin Harjo is the writer of this show and he has aptly employed the usage of this fact to lay out his own ideas at a show.

By doing so, he is able to introduce the audience to all the characters living in the small town called Okern in Oklahoma. Without further ado, we shall actually start talking about the cameo given on the show by Jana Schmieding. She has a crazy sense of humor and it contributes to the direct entertainment provided to us on the series. Even though the setting of the hospital is not that exciting, it is her character that shines brightly within it and does not let us feel the hospital sickness.

Jana is having trouble with her stomach which has been paining nonstop for her. We see that it was because of how she ate a massive amount of hot chips after stealing them. Then we see Cheese on the show. He is established as one of the most casual and soft-hearted characters employed by the creators. It is at this time that an elderly patient thinks that he is actually his grandson (obviously he is not). As it so happens, Cheese is not able to see after his eyes got dilated. 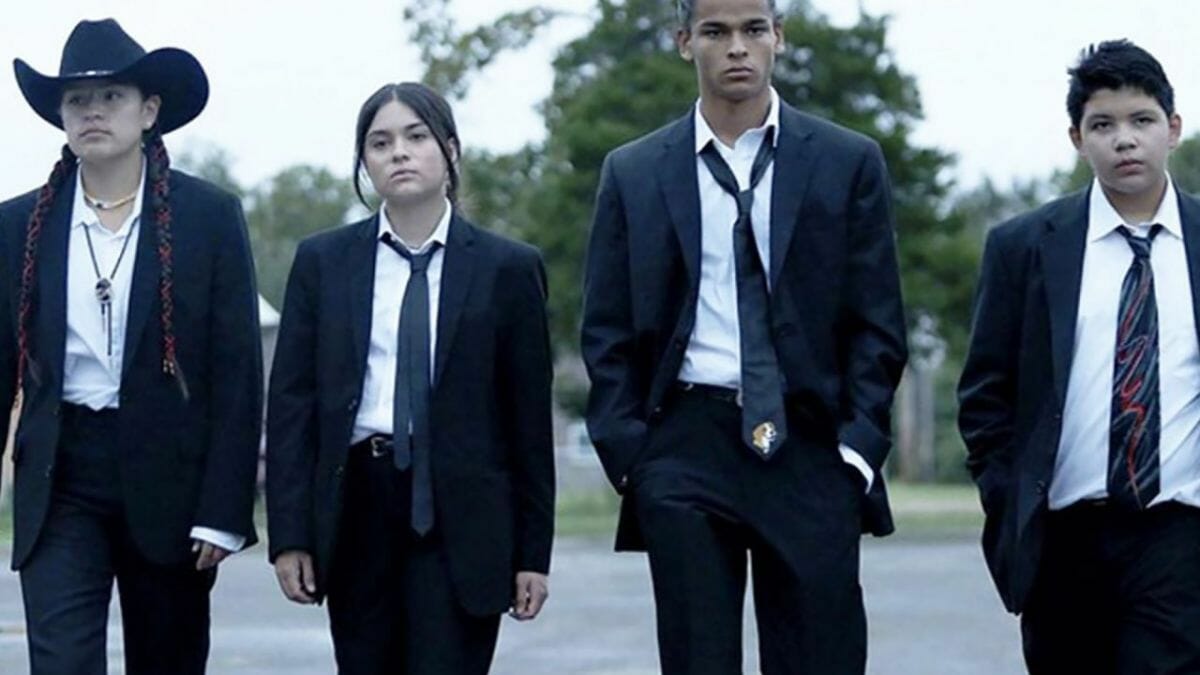 A still from Reservation Dogs Season 1

This incident took place when he was giving an important examination. The good thing about it is that Cheese still takes the stranger out for a spin for some fresh air even though he did not have to. Also, the indigenous people do not restrain from calling the elderly woman, “auntie”. This is is how the plot of Cheese actually provided us with a lot of entertaining stuff. Now, we shall talk about the future of the series.

Reservation Dogs Season 1 Episode 4 is scheduled for release on the 23rd of August 2021. It is supposed to drop out on FX at 12 AM according to Eastern Time. Now, you guys must keep your eyes out for new episodes that release every week but on Mondays. If you are a fan of the series and would want to review the possible streaming options, then here are some. First, you hop on to either FX or Hulu for watching the show live. Second, if you do not have access to these platforms, you can also watch the latest episodes live from YouTube TV or DirecTV.

Here are some spoilers regarding the upcoming episode. If these make you uncomfortable in any way, please feel free to skip the part. In Reservation Dogs season 1 episode 4, we will witness the characters trying to seek a mentor for themselves. In this way, each character will be able to learn how to defend themselves. When they all fail to do so, the group had no choice but to ask for help from Brownie. He is the uncle of Brownie. We see that the entire group arrives at his house trying to ask him fr potential fight lessons.

All this while, Willie Jack has some other plans in mind. He wants to know if it will be able for him to put a curse on their enemies just by employing the use of their stolen hair. Well, we see that Uncle Brownie does not specifically cast any curse on any person but he surely did end up cursing a lot by himself. He also taught the kids about being a warrior by showing them his own unique technique. Obviously, everything comes with a price. In exchange for the lessons, the kids will have to cart Uncle Brownie around the town so that he can easily sell his weed.