Rent a Girlfriend gets renewed for another season. 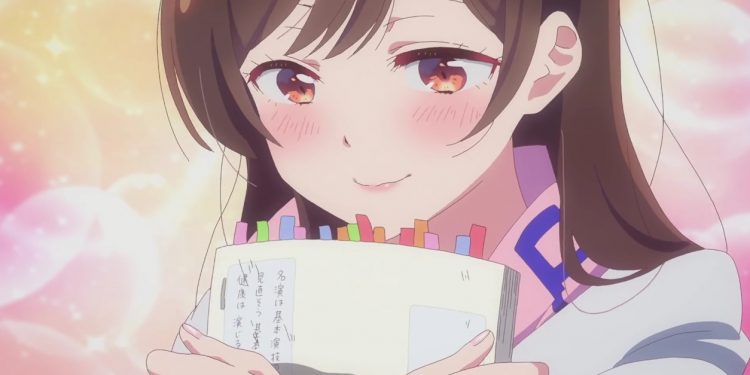 As far as romance and harem anime go, Rent a Girlfriend ruled overall 2020 anime of the same genre with its hilarious story and pretty cool female characters. After the 12 episodes of the first season, fans were undoubtedly looking for more. The intriguing turns of the story were more than fun and worth all the time any viewer had spent bingeing it. However, even after a year, there was no announcement of any sort regarding another season. While fans had finally given up and started thinking that the anime had concluded with the first season, a Rent of Girlfriend season 2 has been announced, leaving fans even more excited for 2022. The year has begun with a blast with several potential anime premiering. Seeing one of our favorites getting a renewal is no less than a spectacular moment for celebration.

Rent a Girlfriend season 1 premiered in 2020. The anime produced by TMS Entertainment is based on the manga by the same name, written and illustrated by Reiji Miyajima. It was launched by Kodansha in 2017 and was serialized in the Weekly Shōnen Magazine from July 12, 2017. The manga is currently ongoing and has produced 24 volumes at the time of writing. As per the most recent manga sales census, Rent a Girlfriend has surpassed a cumulative sale of 10 million copies worldwide. The number in itself depicts its huge fanbase and why a second season is so much in demand. Looking for more about Rent a Girlfriend season 2? You’re at the right place!!

Also Read: Rent-A-Girlfriend: Who does Kazuya End Up With?

Rent a Girlfriend revolves majorly around Kazuya Kinoshita, a college student. After his girlfriend, Mami Nanami, dumps him after a month of dating, Kazuya is devastated and looks for a girlfriend online. In his search, he ends up finding Chizuru Mizuhara on a dating site that allows users to rent a girlfriend. He rents Chizuru but later finds out that they are next-door neighbors.

The series is later joined by Ruka Sarashina, who wants to date Kazuya, and Sumi Sakurasawa, who is a shy personality. Through different events, Kazuya is drawn towards each of them, but he was last seen growing special feelings for Chizuru. However, Chizuru does not date her clients for real. Season 2 promises to focus more on the four girls and their individual development as well as the development of their bonds with our harem protagonists. Who will Kazuya end up with? Maybe season 2 will finally answer our doubts.

In addition to the big announcement, an official teaser of the anime was also released.

On 14 January 2022, the first Rent a Girlfriend Season 2 PV was also uploaded. The trailer gives us a good first look at all the characters from the upcoming season.

Much as expected, fans are completely satisfied and excited about the story ahead.

There has been no announcement, but we expect all the previous voice cast members to resume their roles. Shun Horie will voice Kazuya Kinoshita, Sora Amamiya will voice Chizuru Mizuhara, Aoi Yuki will voice Mami Nanami, Nao Tōyama will voice Ruka Sarashina, and Rie Takahashi will voice Sumi Sakurasawa.

We expect more cast members to be announced over the course of time before the release of Rent a Girlfriend Season 2.

All the staff members of the anime’s second season have also been addressed and announced. The Rent a Girlfriend Season 2 will be directed by Kazuomi Koga. Mitsutaka Hirota is composing the anime’s scripts while Hirona Hirayama drafts all the character designs. The music of the anime will be composed by Hyadain, with Ichi Takakuwa as the sound director. TMS Entertainment and Studio Comet are producing the anime.