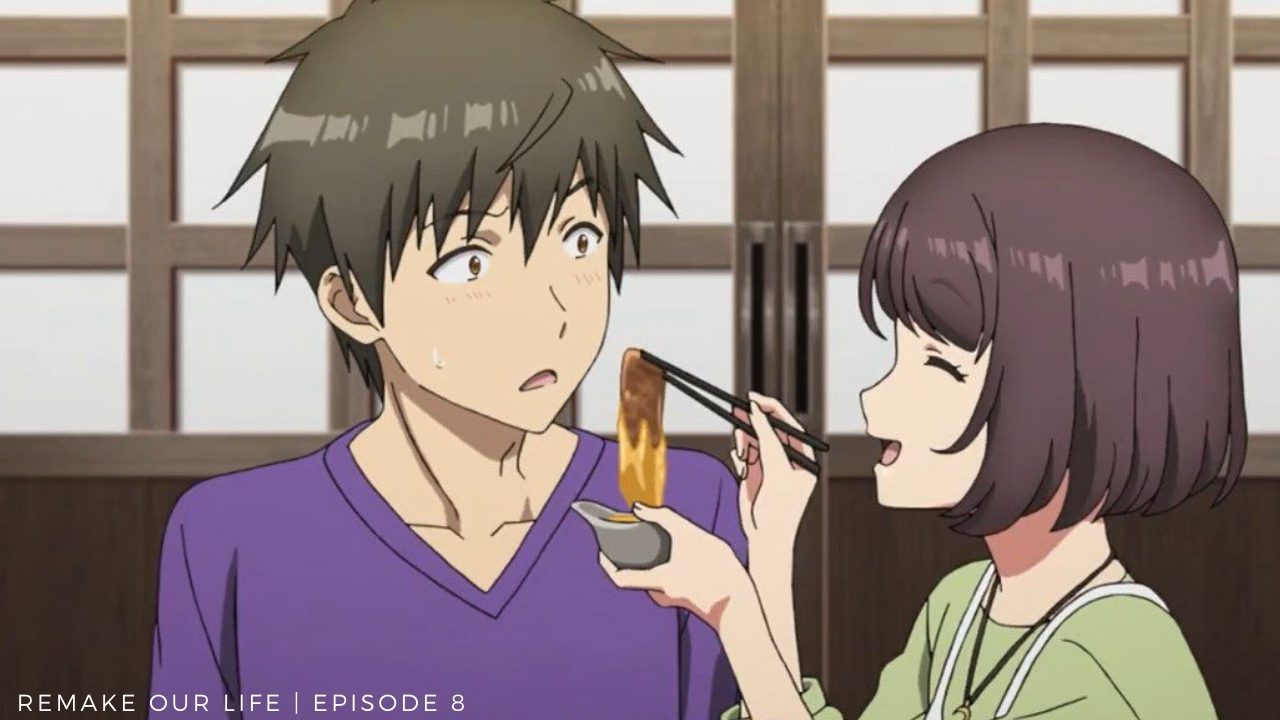 The game quest begins with Remake Our Life Episode 8, with Kazuya and his friends planning to make a new game, But a visitor arrives and embraces Tsurayuki. Remake Our Life has been following Kazuya’s story after he came into another world to reshape his life as a video game director. The latest episode of Remake Our Life shows us Kazuya and Tsurayuki struggling to fix their issues since Tsurayuki had family issues. Tsurayuki’s fiance had arrived in the house when Tsurayuki wanted to go out and handle some business. The anime has recently returned with another episode, and this one will broadcast on the weekend.

The episode begins with a family reunion, as they celebrate Tsurayuki’s fiance’s arrival. Tsurayuki wonders why Sayuri has planned all this, and Kyoya comments that she told them that she wants to join them.  Nanako comments that turning a lady away would be awful. Aki reminds Tsueayuki to be kind to Sayuri, and Sayuri feeds Tsuriyaki in front of everyone. Aki copied that and fed Kyoya and Nanako realizes that she has no one to feed food. Kyoya realizes that Sayuri and Tsurayuki are childhood friends who promised that they get married.

He realizes that Sayuri is working on her way to winning over Tsurayuki. Nanako notices that Kyoya hesitates to eat food from Aki, and she decided to feed him. Tsurayuki comments that Kyoya is enjoying since two ladies are feeding him. They both enjoy their welcome party. The next day at the sports field, Kyoya and Tsurayuki talked about their girls. Tsurayukia reveals that he and Sayuri were neighbors, and her family used to take care of him. But he considered her as his older sister at their young age.

Previously on Remake Our Life Episode 7

Kyoya asks Tsurayuki if Sayuri is his fiance, and Tsurayuki replies that his parents decided that without his consent. But he loves Sayuri as a person, and there is nothing more than that on his side. Tsurayuki adds that he ran away, avoiding rejecting Sayuri since he might hurt her feelings. Kyoya realizes that how the story between the two played out. Tsurayuki feels bad for Kyoya and the girls and that they are allowing Sayuri to have high hopes. He decided that he will tell Sayuri to stay away from their house to prevent hurting her feelings in the future. 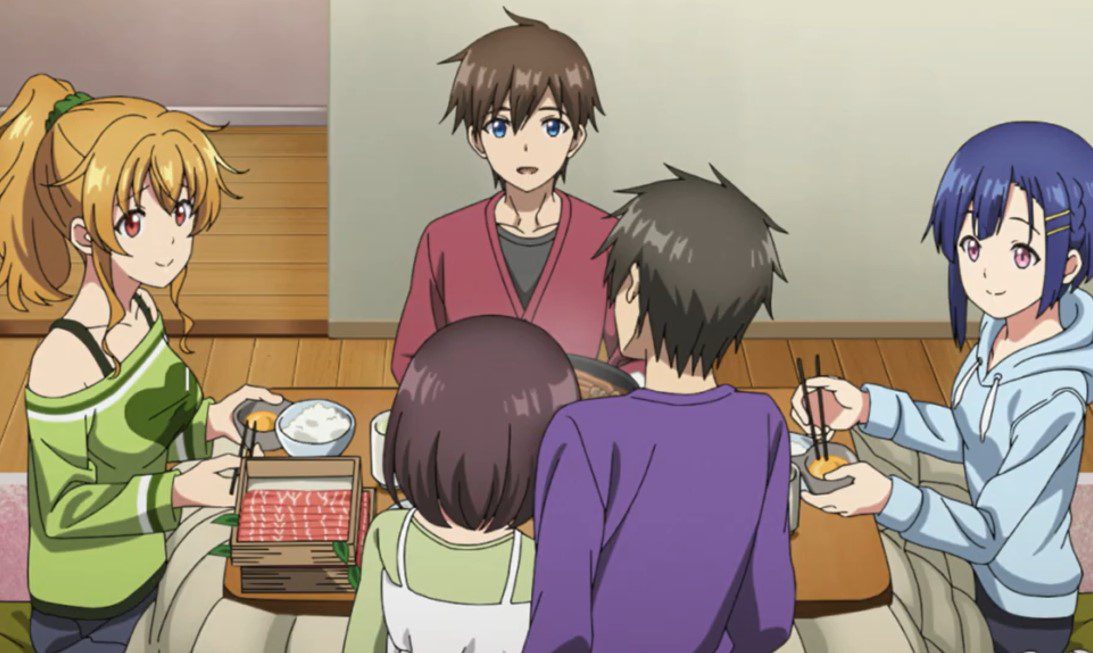 Kyoya replies he has no worries about her since Sayuri is lively and brings good things, which keeps Aki and Nanako in a good mood. Sayuri continues to visit the guys daily and had fun. The family got used to her, and the time of winter vacation arrives. The winter vacation gave Kyoya and the others time to devote to game development. In the evening, the two work together on the new game they are developing. Tsurayuki explains the part that he is working on and came up with another plan after considering the style of bishoujo games.

Kyoya explains the pacing of the dialog, the balance of the monologues. The two work on a news script, and Tsurayuki is glad that they are about to finish. They work till late, and Tsurayuki wonders when they will get some time to sleep. Kyoya comments that Yamashina sends in the backgrounds on time, and Nanako arrives asking for Kyoya’s help. Nanako is having trouble with her work, and she keeps on tearing her work. The next day, they finished making the new game and announced that it would begin to sell.

Remake: Our Life-Episode 8 will be released on Saturday, 29 August 2021, at 9:30 PM. Remake-Our Life will conclude soon with three episodes to the finale. You can use the time in your region to get the new episode early. Let’s take a look at the Remake: Our-Life updates below.

Where To Watch Remake-Our-Life Episode 8