Today let’s get the ending explained of Amazon Prime Video’s Red Sparrow. Francis Lawrence directed the 2018 spy thriller. This American movie is about a Russian Investigating Officer. Red Sparrow is based on a novel of the same name, which came out in 2013. Written by Justin Haythe, the film was released in March 2018. The movie was distributed by 20th Century Fox. The thriller did well at the box office as well, with a business of $151 million. Nevertheless, the film Red Sparrow received mixed reviews.

Red Sparrow stars Jennifer Lawrence and Joel Edgerton in the leading roles. The movie has been criticized for a long-running time. Most of the filming was done in Budapest and Hungary. Other major locations were Vienna, Austria, and Slovakia. There were many changes in the script as compared to the book. And people are not very sure about how it turned out to be.

There’s some speculation that there can be a sequel of Red Sparrow based on either Palace of Treason or The Kremlin’s Candidate. Let us talk more about the production and storyline of Red Sparrow. Along with it, let’s get the ending explained of Red Sparrow.

A young Russian ballerina Dominika Egorova sustains an injury. Consequently, she can no longer dance. To continue her mother’s treatment, she starts working with Russia’s intelligence agency. She witnesses a murder and is offered to become an Intelligence Agency operative. Dominika is sent to Sparrow school to learn sexual manipulation. Her job is to use sexpionage on their targets. She is then sent to Budapest to gain CIA’s operative Nate Nash’s trust. Subsequently, she uses this to reveal the identity of his mole codenamed Marble. She is sent to London for a mission that fails. And her teammate is executed by the agency. However, she is allowed to continue her mission in Budapest.

Back in Budapest, she is able to get Nash to Matorin, who tortures him. Dominika is badly injured while killing Matorin. She then gets to know who Marble is. Surprisingly, General Vladimir Korchnoi of Russian agency SVR is the American mole, passing confidential information. Instead of exposing Korchnoi, she frames Ivan, her uncle, as the American spy. She then goes back to Russia and looks after her mother.

Ballet performance from the movie.

Also Read: How To Enable Subtitles On Amazon Prime Video

At the end of Red Sparrow, back at home, Dominika receives a phone call where she can hear Grieg’s Piano concert. She had once told Nash that this was the music she performed her first solo dance to. This call could have been by Nash. The phone call indicates their relationship is not dead yet. This phone call hints that their story has not ended. There must be more to their love story. Following the phone call, Dominika looks out of the window. She is smiling and looks expectant, which leads us to think there’s much more to their story.

Although there’s the possibility and scope of a sequel, the movie can still be seen as complete. The can itself be seen as the definitive conclusion. But there are two books in the series. Palace of Treason, the sequel, can be adapted to the screen.

The movie has been criticized for a long-running time and for its graphic violence and sex sequences. The Guardian found the film sexist. The lead has been degraded in every possible way. Jennifer herself had been hesitant because of the nude shots and sexual nature of the character. However, she was given the liberty to cut down some scenes in the post-production. But she didn’t.

Also, the Screenwriter had cut down the narrators and had not included the shifting perspectives from the novel. Vladimir Putin’s role has also been cut off. The filmmakers wanted Jennifer’s character to be in undivided focus. This has been criticized because the novel has been manipulated a lot to adapt it for the big screen.

However, Jennifer Lawrence’s performance has been highly praised. 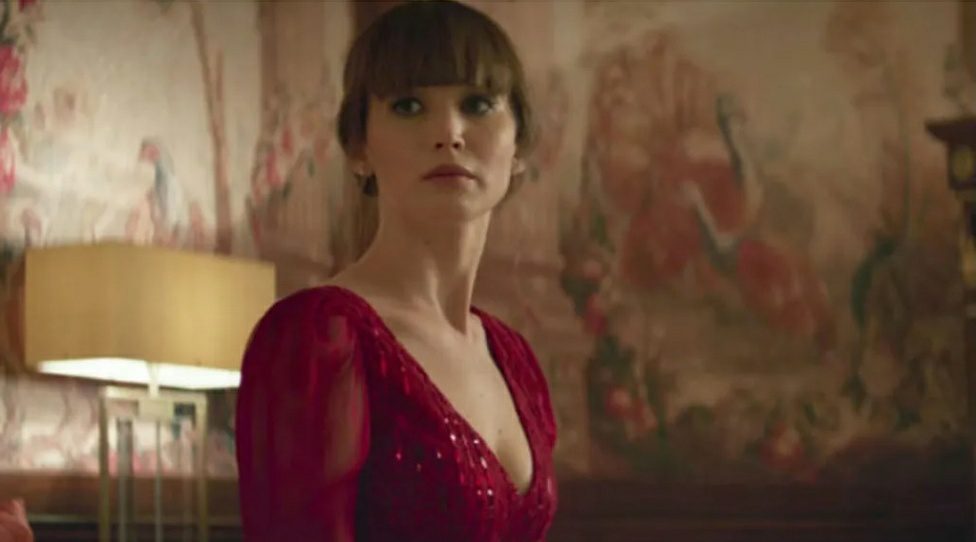 Also Read: The Wheel Of Time Premiere Date Update: Everything We Know On The Amazon Prime Show