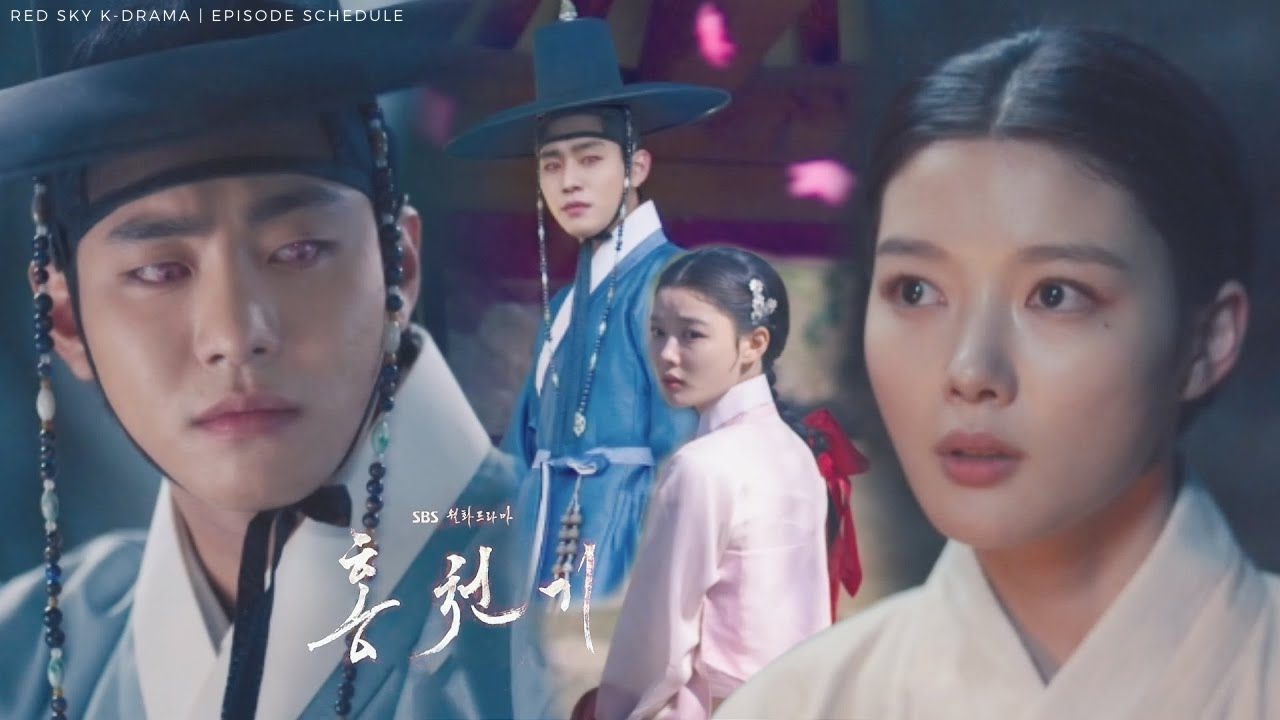 Red Sky, also known as Lovers Of The Red Sky, is a newly released Korean drama. Thus, many k-drama fans may be wondering about the Red Sky episode schedule. Red Sky is a fantasy romance historical drama that would lead into a mythical world. The k-drama Red Sky is directed by Jang Tae Yoo (My Love From Another Star) and written by Ha Eun, starring Kim Yoo Jung, Ahn Hyo Seop, Gong Myung, and Kwak Si Yang. The plot follows the tale of the only female painter in the fictional Dan dynasty, who was briefly recorded in the historical writings, and a blind astrologer. Will the love blossom between the two? Or will destiny play another game separating the lovers of the red sky?

The k-drama Red Sky is based on the novel of the same title written by Jung Eun Gwol. The drama has recently been released on the SBS network and receiving pretty positive reviews from domestic and international viewers. Red Sky is set in the fictional era Dan Dynasty where the creatures of day and night co-exist with humankind. But everything changes one night when a powerful entity Demon God seals in the portrait of King Yeong Jong. That tragic night two people’s lives change as their destiny ties with each other. Hong Chun Gi (Kim Yoo Jung) is the only female painter of the Korean Royal Academy of Painting. She holds breathtaking beauty and a bright temperament that could lighten up the darkness. Ha Ram (Ahn Hyo Seop) is an officer in charge of astronomy, meteorology, the art of divination, and geography. 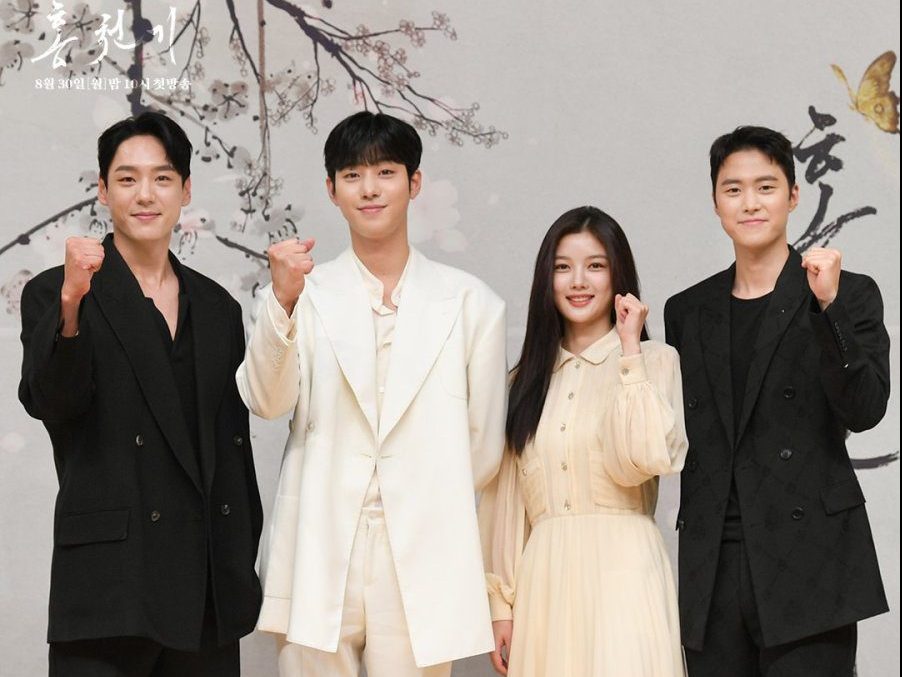 Destiny plays her game, and the two cross paths, leading to Hong Chun Gi falling in love at first sight with Ha Ram, especially his red, ruby-like eyes. She is determined to win his heart. But fate has written something else for them as Hong Chun Gi and Ha Ram falls into the schemes of the royal court, especially involving two princes, kind and free spirit Prince An Pyeong (Gong Myung) and ruthless, crafty Prince Soo Yang (Kwak Si Yang), who yearns to become the next king. Amid power struggle, how will Hong Chun Gi and Ha Ram find their way to each other? Will they overcome all barriers and stay together, or has destiny writing an eternal separation?

Red Sky is recently released k-drama broadcasting on the SBS TV network. The drama premiered on 30 August 2021. The production house has already released the episode schedule of Red Sky. Red Sky comprises 16 episodes. Until now, the first two episodes have been released. Each episode runs for 70-75 mins. That is pretty long, but who is complaining here? With such an intriguing storyline, even 70 mins seem less to us. Every new episode of Red Sky releases twice a week on Monday and Tuesday at 10 pm KST on SBS TV. Due to the current pandemic situation or any other reason, changes may happen in the episode schedule in the future time. However, for now, the Red Sky Korean drama episode schedule is as per the following list: 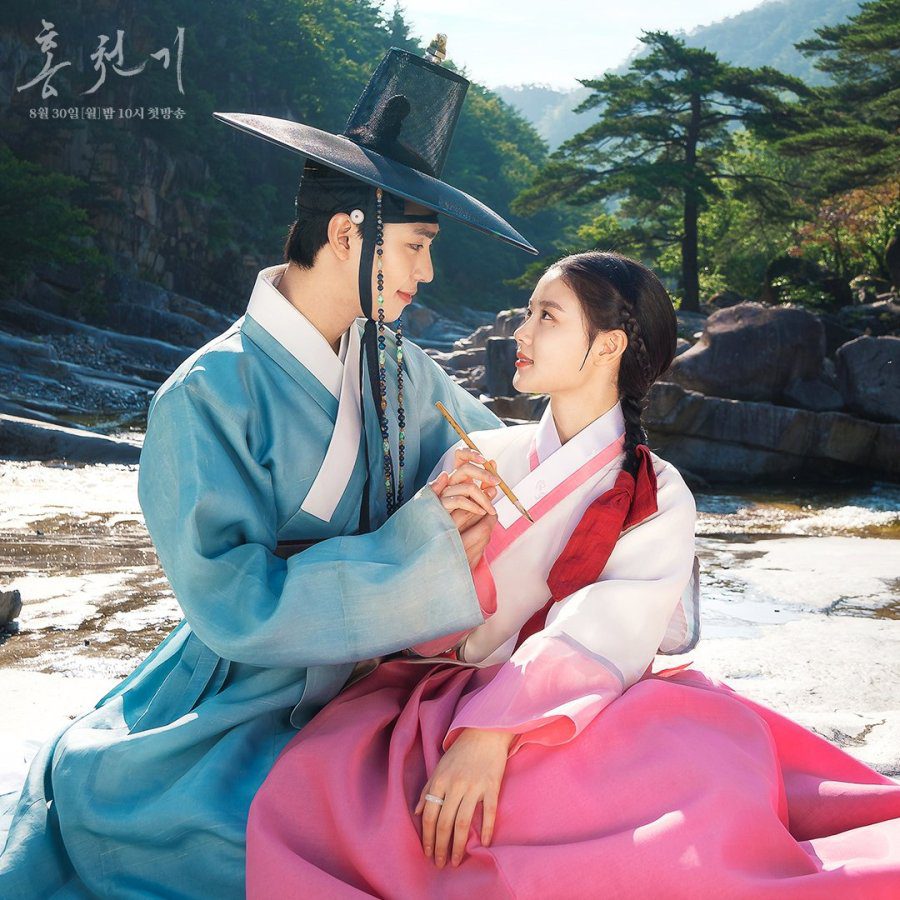 The first two episodes are already released. With an intriguing fantasy-romance storyline, beautiful casting, and artistic cinematography, Red Sky has been receiving good reviews from all around the world. Many k-drama fans are eagerly waiting for the next episode. Getting only two episodes of such a good drama is pure torture to k-drama lovers. But the drama Red Sky is worthy of your time. If you have not watched it, then do now! With the main leads’ childhood part and their adult version already meeting, the drama exciting viewers for the upcoming episodes. With the episode schedule at your hand, mark the dates and watch the upcoming episode of Red Sky to know how Hong Chun Gi and Ha Ram’s love story will unfold.