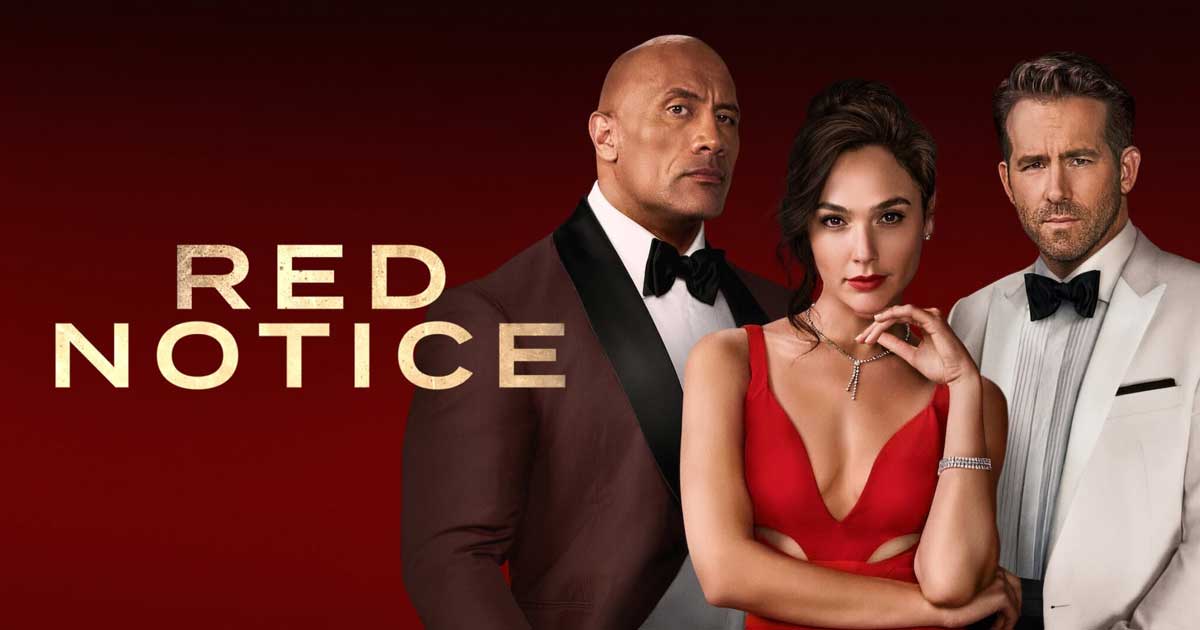 All about the filming locations of Red Notice! To everyone’s interest, this movie became the most-watched film in its debut weekend on Netflix! The film had potentially reunited several actors! It had brought together Thurber and Johnson. This was their third collaboration after Central Intelligence in 2016 and Skyscraper in 2018. Moreover, it was also the third collaboration between Gadot and Johnson. The first two were Fast Five and Fast & Furious 6. Also, it was the second collaboration between Johnson and Reynolds after Hobbs & Shaw.

So, if you are a fan of any of the above-mentioned legendary actors, then this article would help you to know more about them and their latest movie! As the article would open its folds, many new and interesting facts related to the filming locations of Red Notice would unveil. Along with that, we will also be discussing the cast of the Red Notice in detail! And so, before we move on to the main topic of today’s discussion, let us know a little more about the Red Notice!

Red Notice is a 2021 American action comedy film. It was both written and directed by Rawson Marshall Thurber. He is an American director, producer, screenwriter, and actor. This film was originally planned for release by Univeral Pictures, but later it was acquired by Netflix for distribution. With a budget of $160–200 million, this film is considered to be the most expensive production in Netflix’s history. Early this month, on 5th November 2021, it had a limited theatrical release. After that, it was streamed digitally on the platform on 12th November 2021. And people were amazed by the extraordinary filming locations selected by the makers for the Red Notice. So, what were they? Let us discuss this in detail! 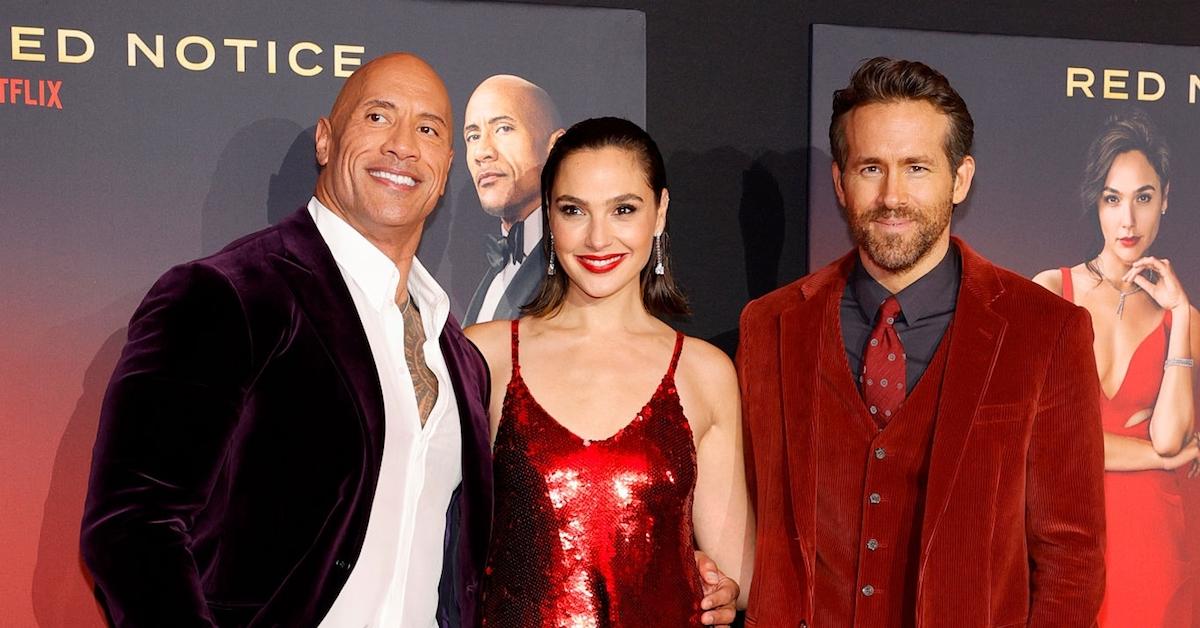 What were the filming locations of Red Notice?

The critics had given several negative reviews to this film. Still, it had managed to become the most-watched film in its debut weekend on Netflix. Probably the reason behind this is its eye-catching shooting locations and also the star cast which the makers had decided to go on-board with! And so now, without playing with much of your curiosity, let us start revealing the things one by one!

The principal photography for the film began on 3rd January 2020. Many a time, the production of the film was put on hold following the outbreak of the COVID-19 pandemic. To everyone’s interest, it would be worth mentioning over here that this film is one of the first feature films to extensively use the FPV (first-person view) drone flying for cinematography. And the locations where the shooting of Red Notice was done are as follows!

The major part of the shooting of Red Notice took place in Atlanta, GA. Production and filming in Atlanta wrapped up on 14th November of 2020. After which, the team moved on to the next location. Which was Rome and Sardinia of Italy, for a week of shooting. And on 18th November of 2020, the filming in Italy was completed. And according to the available information from the internet, it is believed that the Russian Prison scenes were filmed at Tyler Perry Studios, 315 Deshler St SW, Atlanta, GA. So, if in a line, we need to summarize the filming location of Red Notice. Then, it was filmed in Atlanta, Paris, Rome, Sardinia, and Tyler Perry Studios. And now, let us discuss the cast of Red Light! 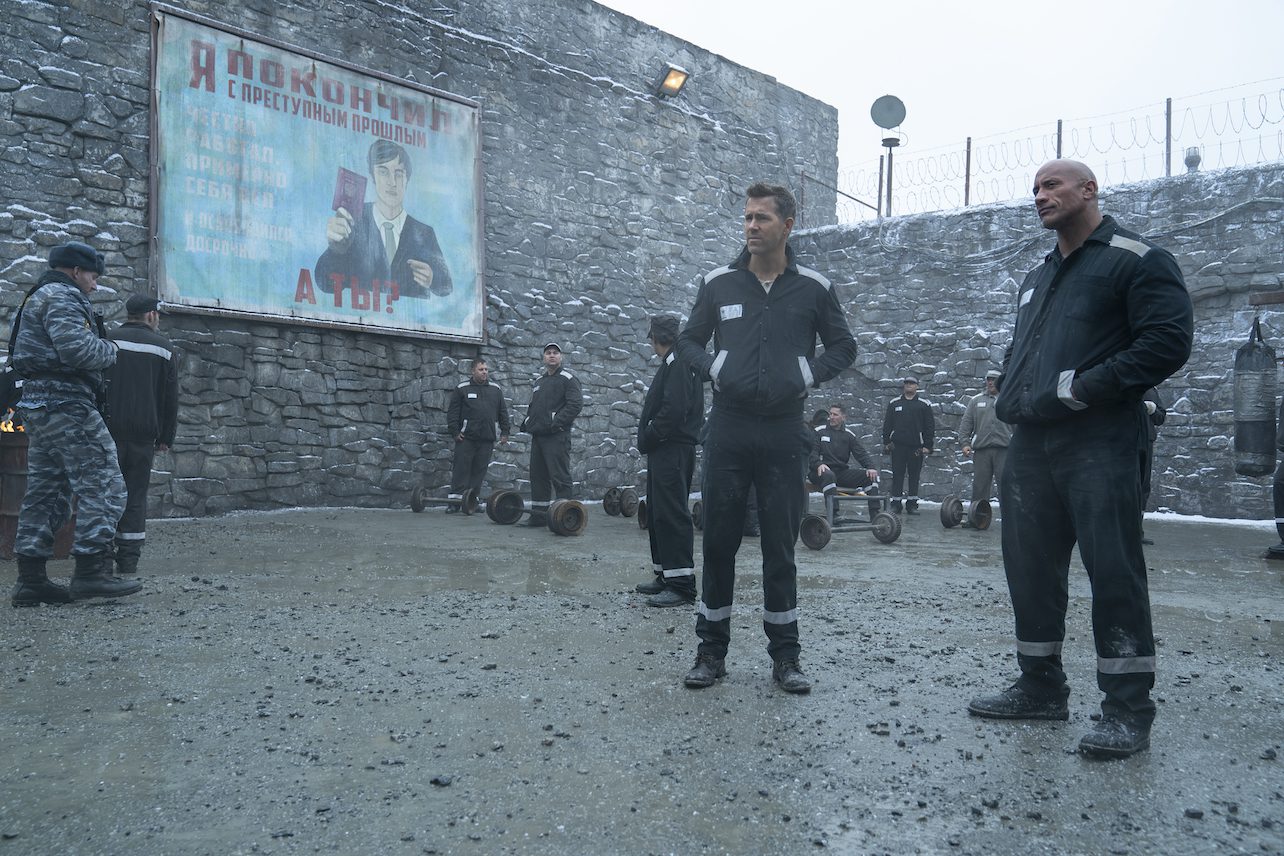 A still from the film!

The cast of Red Light

The makers had wisely selected the cast of Red Light. And it is one of the reasons for its success! So, the actors who all were cast in Red Light are as follows. Starting with the role of John Hartley. And the actor who had potentially played this role is the famous Dwayne Douglas Johnson, who is also known by his ring name as “The Rock.” He is an American actor, producer, businessman, and former professional wrestler.

Followed by the role of  Nolan Booth, which was done by Ryan Rodney Reynolds. He is a Canadian actor and film producer. Then, Gal Gadot-Varsano had played her part as Sarah Black/The Bishop. She is an Israeli actress and model. Then, Chris Diamantopoulos played his part as Sotto Voce. Followed by Ritu Arya as Urvashi Das. Then, Rafael Petardi as Security Chief Ricci. Followed by Vincenzo Amato as Director Gallo. And Ivan Mbakop as Tambwe.

Also Read: Seth Rollins Net Worth: All About His Family