In this article, we will get to know if there is going to be a Red Election Season 2 or not. However, before that, we will get into the details of the first season. 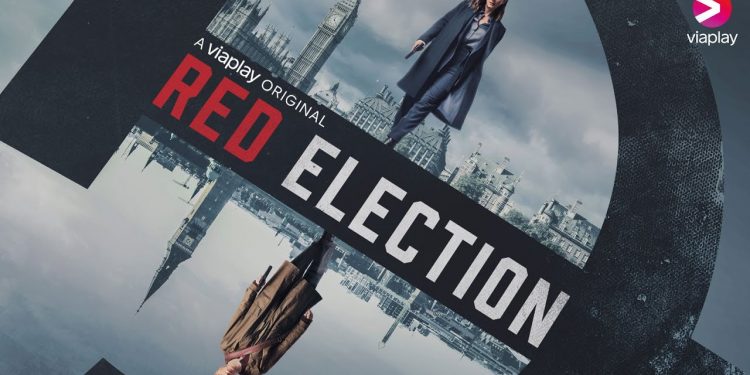 If you are into historical and political thrillers, then we recommend you to go for “Red Election”. This is one of those underrated shows that are interesting and also cater to only a specific group of people. A normal person might not enjoy the show, they need to know certain parts of the history to appreciate the series to the fullest. In this article, we will get to know if there is going to be a Red Election Season 2 or not. However, before that, we will get into the details of the first season.

Red Election was released on October 3, 2021. It was quite recent and was streaming on Viaplay. This could be one of the reasons why the show did not get the appreciation that it deserved. Some of the fans wanted the show to be on Netflix, which would give it a more global platform and would have reached people easier. The show has some strong female leads, which make it an interesting watch. Though the story could be somewhat familiar, the twists and actions make it up for the show. Later on, the show also premiered in SBS Television for Australia.

Before we get into the details for Red Election Season 2, let us recapitulate the whole season 1. We get to meet the MI5 Agent named Beatrice Ogilvie and a Russian guy who was planning a terrorist attack. The guy had said that he would open about all the plannings in Russia if we have given a house. Ogilive’s boss wants to provide him with a house as soon as possible, but Ogilive wants to wait for a while. Unfortunately, before they could get anything from the guy, the guy, and her boss are assassinated. Now it is up to Ogilvie to find out what the Russians have in store for them.

What follows is Ogilvie’s quest to complete the mission. This mission is not only something that she is being made to do but something that she must complete to avenge her boss’s death. During the mission, she finds out that the Russians wants their hands on the Scottish reactor system. While searching for it, she comes across another agent named Katrine Poulsen. Both of them feel that they have something hidden. As they say, common enemies make better friends, they join forces to fight against the Russians.

Throughout the series, we find both of them trying to prevent various disasters that the Russians have planned to destroy and pressurize the Danish government. Though in the end, it seems that everything is lost for them, the series does end notably.

In the final episode, we find that the UK government lost the peace settlement, and there is a “friendly invasion” from the side of Russians. This does break our hearts to find out that our agents could not save the country from falling. However, there are quite some mixed reactions to the ending of the season. Some tell that it was quite unlikely for a thriller show to end in such a manner. Yet some people find it quite fitting and even as original as they have not followed the mainstream endings of the thriller genre.

We do find it quite disappointing for our agents to lose in such a manner, but there is light after every tunnel. The unsettling ending of Season 1 gives its way to Season 2. If there would have been a comfortable and satisfying ending, in the end, it would be less likely to have a Season 2. With the Russians invading, we can hope that the writers must be indicating at part 2.

The whole series is based off in London, and the action scenes are quite interesting. Rarely do we see such series where the females are playing the main charter, and that too as secret agents. This comes off as fairly new, and also the setting of London has been portrayed differently. The blue-ish tones of the series did make it look different, and the whole atmosphere that was created made it intriguing as well.

Most of the episodes got a ranking between 7- 7.8 from IMDB. This is fairly a good ranking, though it has quite some mixed reviews from viewers. We will be leaving it up to you to decide it was worth the watch or not. Though if you enjoy some good action and thrill, the series is a perfect watch for you. There won’t be many brains involved as everything is shown quite plainly. Hence, it can be considered as a light watch without much complexity. The rating is dependent on the release and working of Red Election Season 2.

The show was wrapped up on television just recently. Season 1 had 10 episodes, and it ranked fairly on IMDB. Now we will come to the most anticipated part of the whole article, is there going to be Red Election Season 2? Unfortunately, there is no news on that. We do not know if Viaplay has got any rights over the second season of the series. We feel it will take quite some time to even get the news on that.

Even the team is quiet about the whole process. Nobody is speaking out about the next season of the show. This makes the fans anxious about the future of the show. We can guess that perhaps they are trying to study the ranking of the show. If it does get a reasonably good rating, they might start working on the next season. Even if the show gets enough rating, the team will need to work on the productions and everything, hence we might get Red Election Season 2 in the latter part of 2022. The news might come to us before that, in the earlier months of 2022. If you love the show, make sure you follow the updates to get to know more about the possibility of the show.

Who could be seen in the Season 2 of the show? Though we can guess that most of the characters might be there in the next season. However, our rime characters Beatrice Ogilvie (by Lydia Leonard) and Katrine Poulson (by Victoria Carmen) will be there. Other characters that we are looking forward to seeing are William Ogilvy, who is Beatrice’s father and also the MI5 head (by Stephen Dillane), Adam Cornwell (by James D’Arcy), who was the Prime Minister of the UK. There could be the Russians too. It will be quite interesting to see what is to unfold in the next season of the show.

Though when we think about what could happen in the Season 2 of the show, we feel that there might be less chance of the season to come. The ending of Season 1 was quite unsatisfactory, and that does leave scope for the next season. However, set in the Cold War era, the show might not be able to continue, as there is not much story to continue. Utmost we can get to see a was like situation once again, where the agents come in handy.

However, if we were to consider the Season 1 plot, a lot of the Russians already know these two agents, hence, the first thing they would want is to clear them away from their path. Russians would not like to keep anyone who is opposed to them free. This brings us to the next possible plot that they have managed to escape, and they will be helping their government to win against the Russians.

It will be quite interesting to find out how the whole Red Election Season 2 will be carried out by the team. However, before that, we have to hope that they do get a better ranking for getting renewed. Also, if the show does rank well, then there is a chance that perhaps Netflix will get to buy the rights of the show. This would give this underrated show a goof platform to be better judged and get some appropriate ranking that it deserves.

Red Election Season 1 was released on Viaplay and was also streamed in the SBS channel for Australia. Hence, we can guess if season 2 does come up, then it will be streamed in both these places. We do not know if Netflix or Amazon Prime will buy the rights yet, however, we can hope for the best.