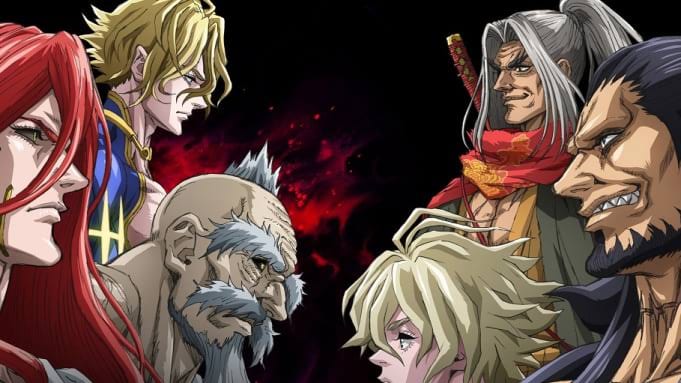 In the December of 2020, ‘Record of Ragnarok’ was announced to receive an animated television and web series. Being directed by the great Masao Okubu, the ‘Record of Ragnarok’ series is going to be produced by the ‘Graphinica Production House’. The crew is made up of talented artists such as Kazuyuki Fudeyasu, who will be composing the animated series, while Yasuharu Takanashi will be handling the official soundtrack of ‘Record of Ragnarok’ and the characters of the series will be designed by the skillful Masaki Saito. Set to be released this year itself, ‘Record of Ragnarok’ will be broadcasted worldwide on various channels such as MBS TV, SUN TV, Tokyo MX, BS11, BS NTV, AT – X, BS TV, and a lot more! A large number of online platforms and websites will also be streaming this Anime television and web series.

The official trailer of ‘Record of Ragnarok’

What is the main plot of ‘Record of Ragnarok’?

The main plot of this adventurous supernatural fantasy revolves around a dangerous battle that takes place between divine beings and human beings. The Gods’ Council thinks that humans do not add anything to the universe apart from misery and sorrow. Thus, all of the Gods wish to eradicate the entire human race.

Nonetheless, the Valkyrie Brunhild begs for another chance to be given to human beings. Thus, a battle is held where seven distinct humans will fight seven Gods. These humans will be assisted and supported by a magical weapon of their own. At the end of the battle, if the humans are able to defeat all seven Gods, their life will not be taken nor will their race be eradicated. 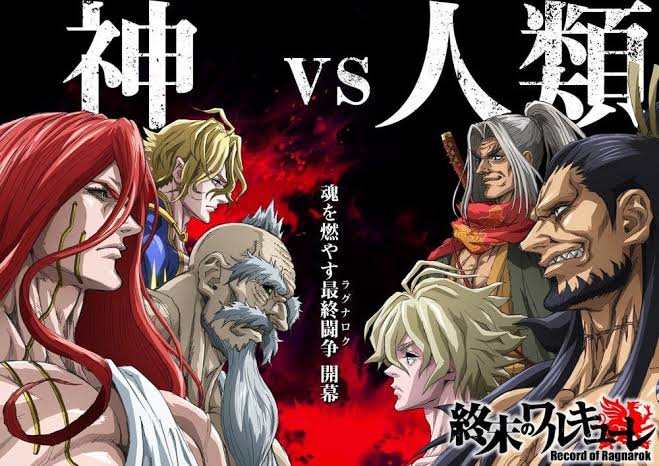 The Official Poster Of ‘Record Of Ragnarok’, C(Graphinica Production House)

Also Read: Alice In Borderland Upcoming OVAs: What We Know

What is the release date of ‘Record of Ragnarok’?

The ‘Record of Ragnarok’ animated series has been announced to be released on the 17th of June, in 2021, on a Thursday.

‘Record of Ragnarok’ – More about the series

The fans and viewers are very happy that the official producers of ‘Record of Ragnarok’ have finally taken out the release date of the animated television and web series. Although, it is not yet sure as to how many episodes this season of the animated series will include. The script of the series is being written by the talented Kayuzuki Fudesayu.

The opening theme song of ‘Record of Ragnarok’ is titled “Kamigami”, which directly translates to ‘God Biting’, and will be performed by Maximum The Hormone. On the other hand, the ending theme song of the animated television and web series is titled “Fukahi”, which directly translates to ‘unavoidable’, and will be performed by SymaG.

The Main Characters Of ‘Record Of Ragnarok’, C(Graphinica Production House)

Where can you watch ‘Record of Ragnarok’?

‘Record of Ragnarok’ will be available for you to watch on online platforms and websites such as Netflix, Crunchyroll, and Anime-Planet, once it gets released!

Also Read: That Time I Got Reincarnated As A Slime Season 2 Second Cour: What We Know

Do check on our website from time to time, as we will keep it up to date with the latest information on ‘Record of Ragnarok’.