Real Time with Bill Maher Season 19 Episode 25 means closer to the finale of this season. So expect something unexpected and important guests joining in for important discussions. Most recently on the show, the topic of the Taliban ruling Afghanistan dominated through the episode run. In both the interview as well. For starters, Andrew Sullivan walked in to promote his new book. He talked about the new culture in the newsroom and his own views on the current situation the world is facing.

Next for the discussion, we had Max Rose and Jackie Calmes joining Maher. For the majority of the episode, they talked about the transition of government. How the previous one may have affected the situation in Afghanistan as well as the Covid-19 situation. Then moving on to the vaccine situation as well as the weird recall votes taking place in one of the states in the USA. Lastly, we had the regular News Rules that wrapped up the episode for Real Time With Bill Maher.

Last time on Real Time With Bill Maher, we had Bill back as he talks about the situation in Afghanistan. Then Trump wanting to meet the Taliban. Things that the Taliban has banned in Afghanistan, including music. Then we move to our first guest Andrew Sullivan with his new book Out On A Limb Selected Writing 1989-2021. They talk about High Ideals, how woke gets you fired from the newsroom today. Then the best things about the country are the USA, and also Sullivan’s views on Covid-19 and its vaccination. 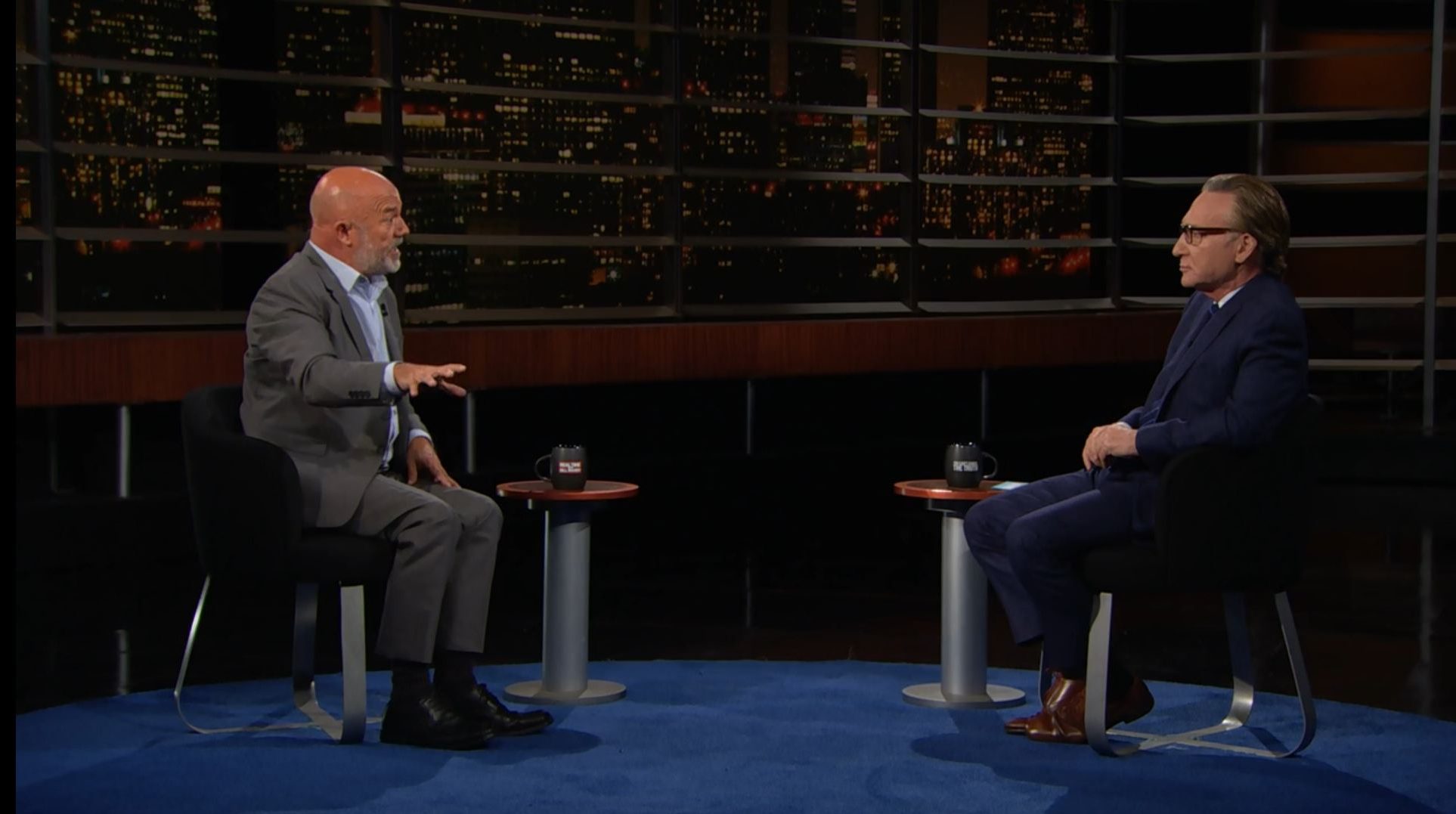 Now back to the discussion panel, we have the Secretary of Defense on COVID-19 Max Rose and Washington Opinion Columnist Jackie Calmes. The discussion starts with the situation of Afghanistan and how pullout is carried out. Especially with the fact they initially had Donald Trump working things out. Then they talked about the recall vote for Governor in California. The candidates contesting for the recall vote. Everyone has a funny statement of their own for running for the government during the recall elections. Many have specific goals of their while some just want to see how government works. 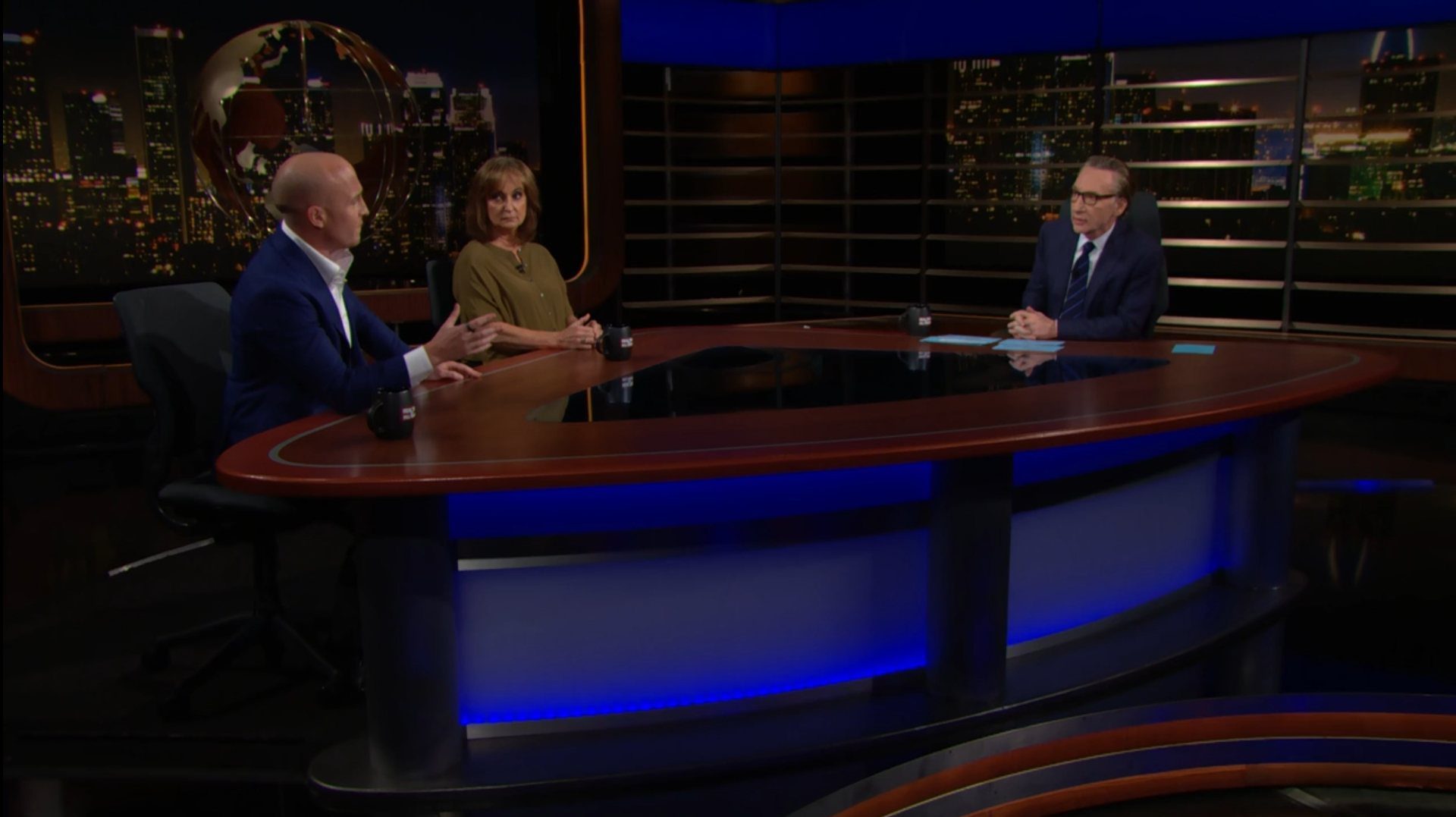 From these recall votes, Max reminds us of the situation of vaccines at the moment. People don’t think anything about the government and how things have become dangerous henceforth. The overrunning of hospitals. The situation of obesity in the world. Another thing that was slowly killing people way before Covid-19 came in. The responsibility of their body the people should have already started taking. Back to vaccine shots, Max gave us a sight of how most of the veterans have got their first shot. The episode came to a close with New Rules featuring the Taliban taking over Afghanistan. Also posts like a 25-year-old influencer with dentures not getting a boyfriend, Apple planning to scan photos for child porn, and how social media has affected the lives of humans.

Real Time with Bill Maher Season 19 Episode 25 is releasing on 27 August 2021 and will release on HBO Max and to buy or rent on Amazon Prime Video. Another episode is expected to follow in for next Friday before the nineteenth season of Real Time With Bill Maher wraps up. The show is working under covid protocols, and coming episodes 25 and 26 don’t wrap up the show yet. We have another season coming in next year, and the show will run throughout the year 2022 as well.

At the moment, we don’t have any official details on the guests joining Bill Maher on Real Time with Bill Maher Season 19 Episode 25. But we are expecting the first to be a highly popular pop-culture figure from the entertainment side of things. Then two pivotal figures may join Bill to talk about the current political scenario. The difficult situations that should be addressed around the world. Much like we had Andrew Sullivan, Max Rose, and Jackie Calmes joining us for the recent episode today. With the season coming to a close, we might get more than we expected.