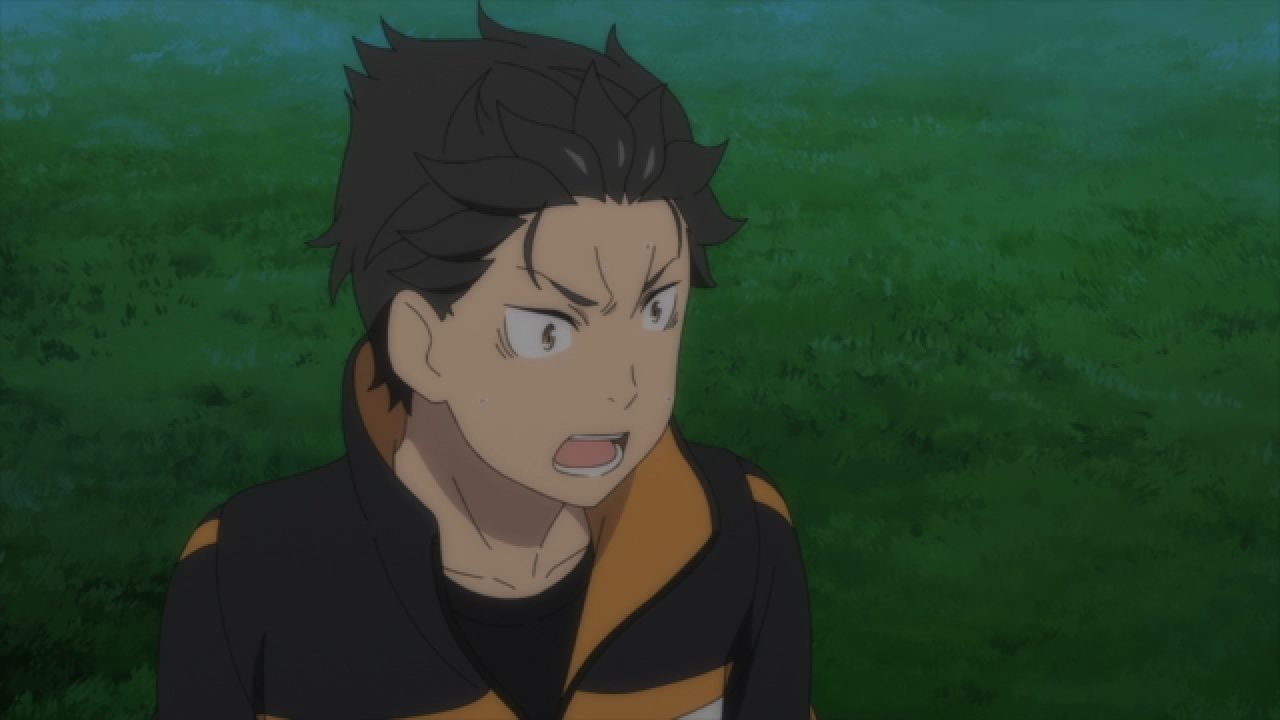 Roswaal is still acting stubborn he doesn’t want to team up with Subaru and others. Rem asks Emilia to save Rosawaal since she will become the new ruler. Roswaal arrives at the Santuary and argues with Emilia, but he left the two. Rem follows him, and they started to battle. Before moving further, note that Re: Zero–Starting Life In Another World Season 2 is only left with two episodes. Take a look below.

At the mansion, Garfiel fights with the witch, Elsa. She attacks him with a blade that he uses his teeth to block. Garfiel told Frederica to stop standing like a statue and do something. Frederica head somewhere to do her part. The two continue to change blows while destroying the passage of the mansion.

Re: Zero–Starting Life In Another World Season 2 Episode 22 Release Date

Read here: Re: Zero–Starting Life In Another World Season 2.

Previously on Re: Zero–Starting Life In Another World Season 2 Episode 21

Elsa sends Garfiel flying, and he landed on the floor with his butt. She mentions that she is the Bowel Hunter, Elsa Granheirt. He replies that he is the strongest shield in the Santuary, Garfiel Tinzel. Garfiel said that it is his first battle, and he is making a helluva show of it. Meanwhile, Beatrice is at the library.

Subaru visited her, and she asks why he is here. He replies that he is here to get her out, and this time, he is dragging her to light. Beatrice told Subaru to mind his own business. She also told Subaru that no one had asked him to do such a thing. Subaru replies that he doesn’t have time to argue. Subaru asks her if she is aware of what is going on outside.

Re Zero–Starting Life In Another World Season 2

Beatrice reveals that she is aware of the intruder in the mansion. But this is a great spirit forbidden library. No matter what the threat exists outside, nothing will happen to it and those who are inside. Subaru replies that door crossing only works on closed doors. Beatrice asks how does the enemy knows about that weakness.

Subaru kept quiet, and Beatrice said Roswaal told her (Elsa). He started shaking because he realizes that she knows the truth. Beatrice said it means her death was written in Roswaal’s Tome of Wisdom. Subaru asks her why she is showing that look on her face. Beatrice reveals that maybe her fate is already set in stone.

Subaru asks if it is written in her black book that she has to let that psycho kill her. Beatrice replies that nothing is written inside the book; her fate is blank like always. He asks her why she is allowing herself self to end the way that Roswaal wants. Subaru told her that she can make a decision for her life like always.

Beatrice asks what she has ever decided for herself before. She reveals that all she does was obeying Mother’s orders here in this mansion, all alone. She started wondering who Beatrice is, what has she done in life. Subaru just listened to Beatrice narrating how her life has been all along. Beatrice mentions that everyone left her, Mother, Ryuzu, and Roswaal. She said that she is fated to be alone, and all she needs is this book.

Re Zero–Starting Life In Another World Season 2

Beatrice reveals that the book has her soul inside it. But now she is relieved since she was mentioned in the Tome of Wisdom. She said it means Mother has not forgotten about her. Subaru reasons with Beatrice, who ends up kicking him outside. Subaru gets back on his feet, he opens the door; he finds that the library has been moved to another room. Suwen and Petra arrive, and Subaru told them that they should have escape ages ago.

Suwen reveals that Mabeasts are already everywhere. Petra reveals that the crystal was not working against the Mabeast. Suddenly the mansion started shaking, and Frederica picked all of them. She jumps outside by the window and land on the ground. Frederica turns around and shows Subaru that she is carrying Ram. Subaru is glad that Ram is out and safe. Maylie, with her beast hippo, arrived and started to mock them.

Maylie comments that she is going to take two maids away with her. Frederica put Ram on Subaru’s back and told him to run away. Petra is worried that Frederica might die. Frederica assures that she is fighting to live since she has reunited with her brother, Garfiel. They head to Roswaal’s room and left Frederica fighting with Maylei.

On their way, they met with the Guiltylowe. Meanwhile, Emilia enters the Trial again and completes it. When she comes out, she finds the villagers waiting for her. She told them that she is going to get rid of the barrier. Emilia reveals that all the trials are not over yet, and there is no reason to keep all of them in the Santuary.

Re: Zero–Starting Life In Another World Season 2 Episode 22 Preview

That’s was what Re: Zero–Starting Life In Another World Season 2 Episode 22 was all about.