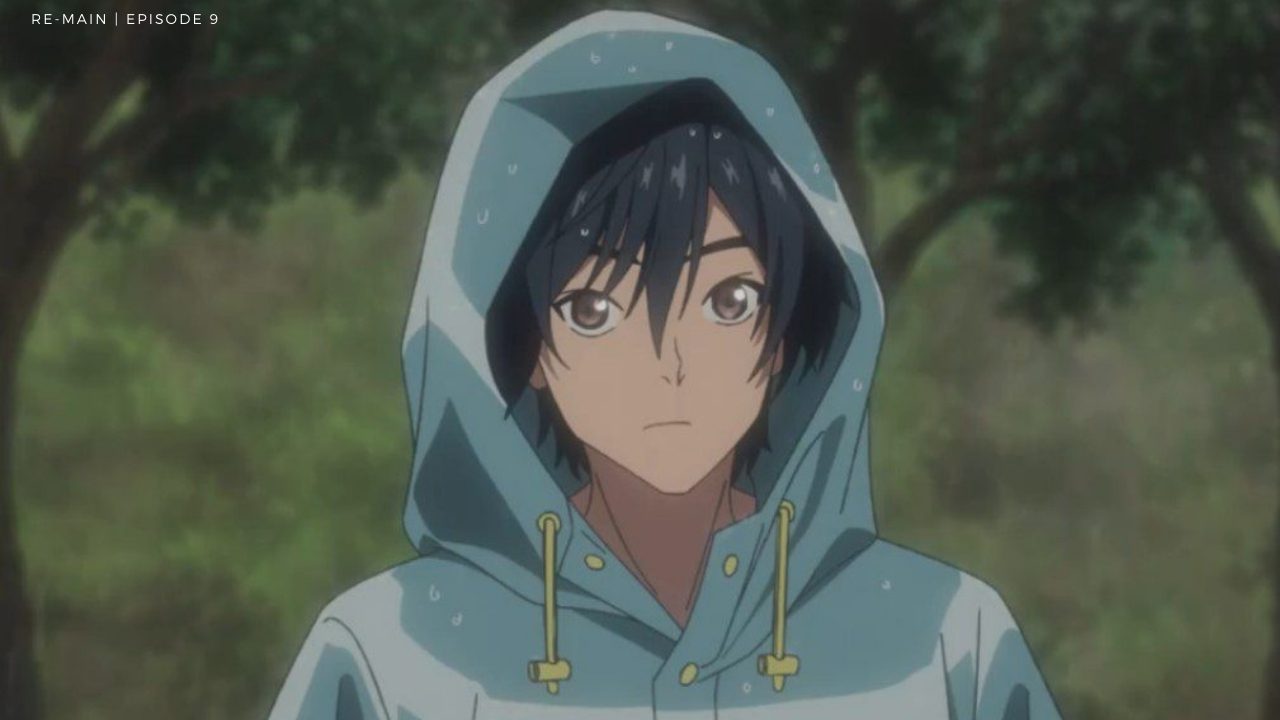 The truth behind Minato’s accident begins with RE-MAIN Episode 9. Minato gains his memories back and confronts Chinu, who waited for him at the bridge for long hours. RE-MAIN  reveals the world champion Water Polo story of Minato, who decided to rejoin the team to chive the goals he promised to Chinu. From the latest RE-MAIN episode, Chinu waits for Minato in the middle of the rain, and he arrives riding a bicycle. Chinu complains that he is late, and Minato apologizes. The two talked about Insta DM, and Minato reveals that his memories came back but not everything.

Last night Minato saw a picture of him in his prime and remembers how he scolded his teammates when slacking. Minato realizes that he was struck guy in the past, and he is afraid to tell his friend that he is recently getting some flashbacks. He told her not to tell his friends. Chinu replies that it is good that he remembers what he was like since he was arrogant and making everyone scared of him. She asks him if he remembers Hiroshi Ichinose. Minato replies that he doesn’t remember, and Chinu says Hisroishi was Minato’s friend.

Hiroshi was like a brother that she admired, and he is why she chose Water Polo in the past. He enjoyed Water Polo, but Minato joined the team with a new coach in the second year, and things changed for Hiroshi. Hiroshi never enjoyed the Water Polo, and his smile faded away. He lost the ball during the competition in the third year, and Minato scolded him while looking down on him. Chinu witnessed everything, and she felt hurt when an ace was scolding Hiro.

The new coach begins to bench Hiro, and Chinu wonders why since he only lost the ball once, conceding a single goal. Hiro went to another school and quit Water Polo. From that day, Chinu hated Minato, but Minato confessed his love to her despite everything. The day he proposed, Minato said, “When I’m Japan’s Best Water Polo Player, You owe me a kiss; if I fail, I will pay you 11000 yen.” That made Chinu hate Minato more, and Minato became Japan’s Best Water Polo and met with an accident. After the accident, Minato appeared out of nowhere and met with Chinu, but he couldn’t recognize her. 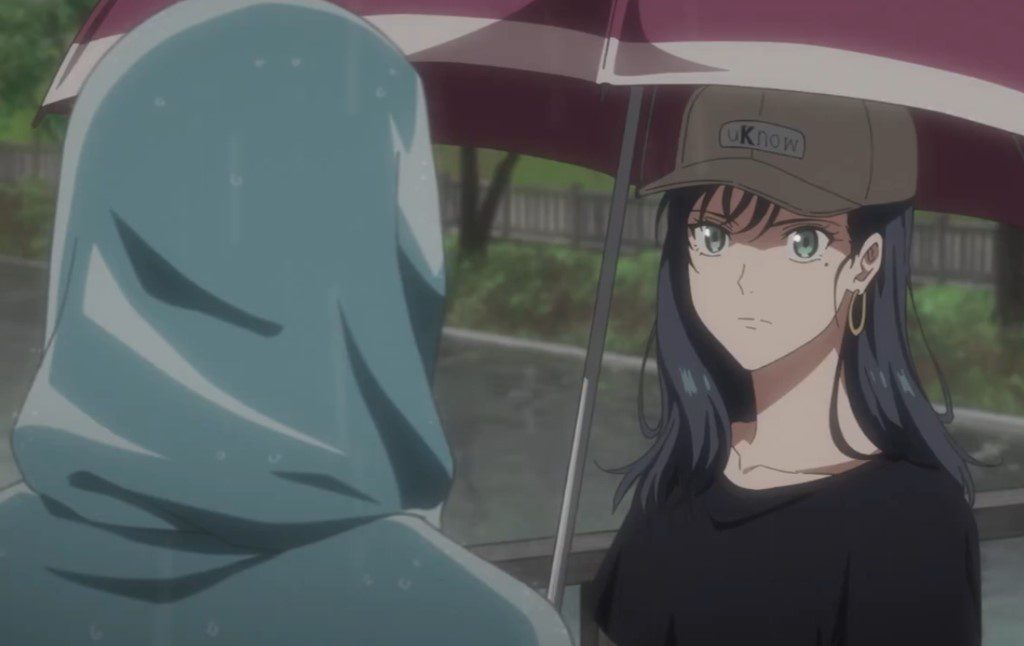 Chinu noticed that Minato seemed better than she thought and promised to kiss since he became the best but had an accident. She was surprised that day when Minato told her that he had forgotten his past and told her that he would never join Water Polo. But she made him rejoined it until this moment. Chinu realizes that weak players don’t last in sport, and she understands that is why Hiro let the Water Polo. But Chinu couldn’t stand it if the world best, Minato quits, and she devised a plan for him to rejoin the Water Polo.

Chinu reveals that she lied to Minato about the other part he can’t remember to convince to continue playing. The other part was when Minato became Japan’s best; she would date Minato. Minato comments that it is more like revenge, and Chinu tells him that she will never forgive him if he quits. Chinu left Minato in the middle of the rain, thinking about Hiro. Minato recalls his past and begins to act tough with others at home; he rampages inside his room, and his friends believe he has changed. 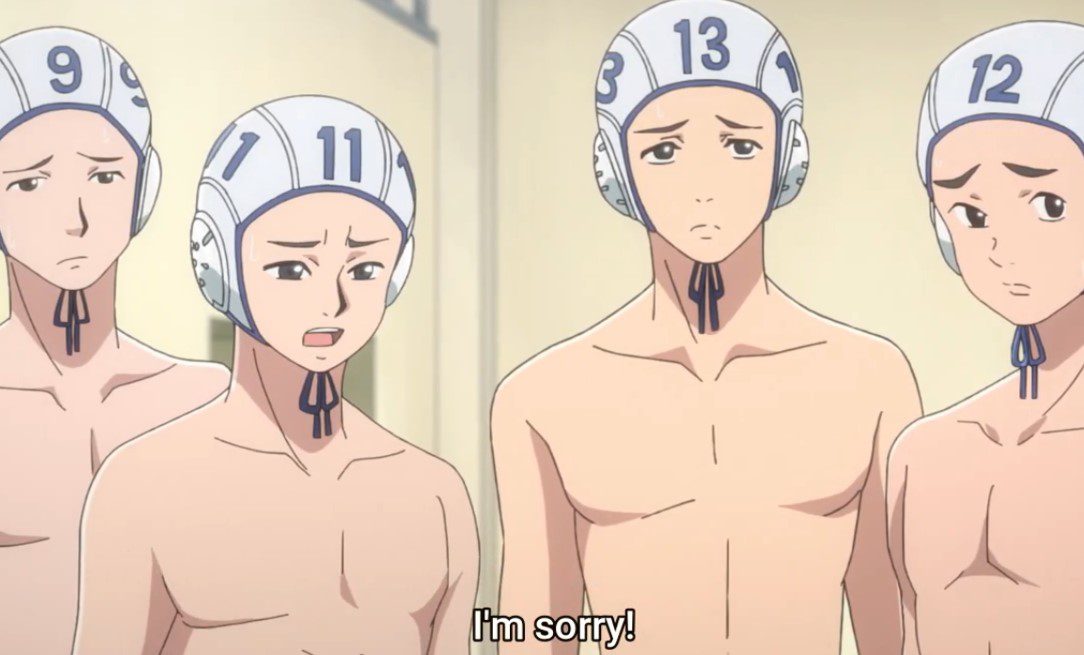 RE-MAIN-Episode 9 will be released on Sunday, 12 September 2021, at 1:30 AM. The anime has reached its final stage with few episodes left for this season. RE-MAIN releases on Sunday, but the series in other countries is on Saturdays. Look at the RE-MAIN official updates below.

Where To Watch RE-MAIN Episode 9

You can watch RE-MAIN Episode 9 online on Funimation and ANIPLUS. RE-MAIN recent episodes have English subtitles; you can access them on their official streaming platforms. The anime’s latest shows are also available for rewatching and miss the remaining shows.