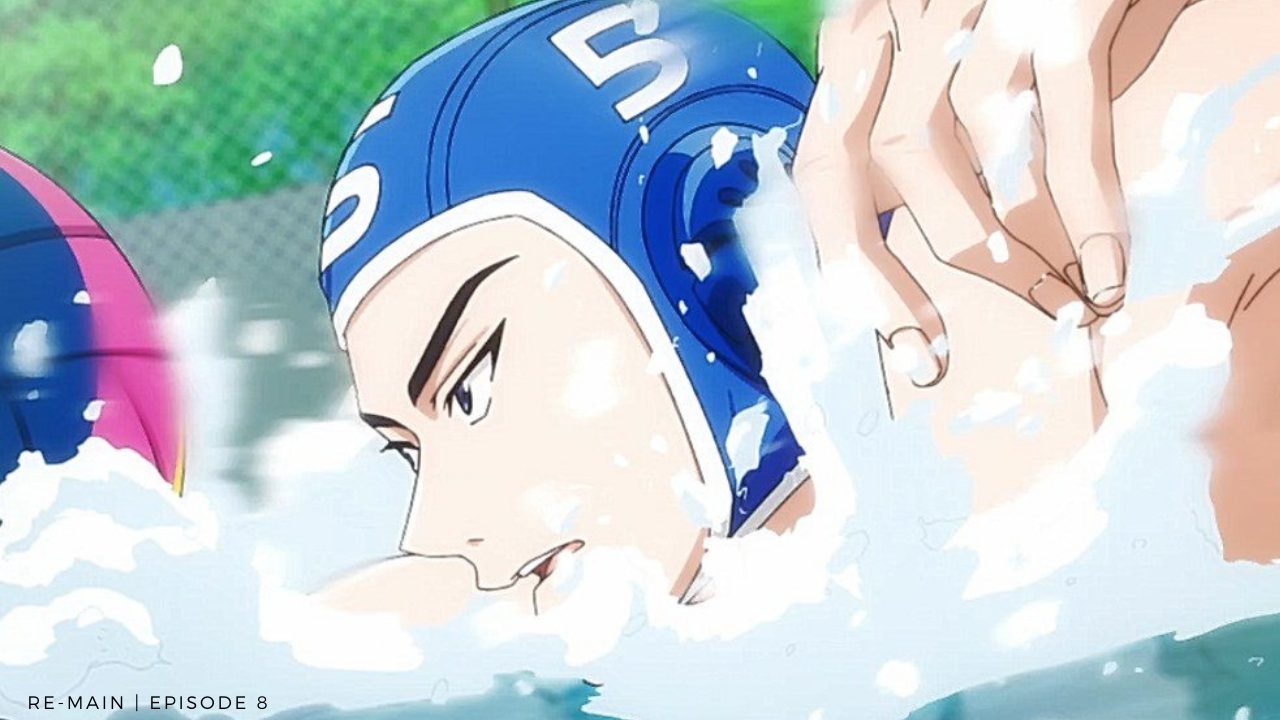 The Water Polo training begins with RE-MAIN Episode 8, with Minato and the team training to get their hand and their first gold medal and trophy. This episode will release this coming weekend. RE-MAIN has recently returned from weekly break; from the recent episode of RE-MAIN, the boys developed a new training strategy and began to master it. Eijiro scolds Shugo for not passing the ball to him the next training day since he dribbles. Shugo explains why he hasn’t pas the ball and how the defenders were blocking Eijiro. Ejiro goes after the rest of the team and complains about their playing style.

Jojima interferes and changes the topic by telling the boys that he has ordered new costumes since they wear casual clothes. The teams liked the new outfits and stopped quarreling. In the evening, Jojima went home with Minato and revealed that he came up with the idea of a new costume for the team to be one and reunite. He thinks that when they are using the same uniform, they will be one unit. The two-part ways and went to their homes. Minato wonders if it is an Auspicious Day.

Minato’s sister came to his room and wonders if Minato is crazy since he is talking about Auspicious Day alone. She left the room since he is busy with something. Minato looked at the older picture of himself when he was the World’s Best Water  Polo who won the trophy before meeting with an accident and losing his memory. At Jojima’s house, he enjoys listening to music looking at the new uniform online. His father passed without talking to him. Jojima wonders if something is wrong.

Also Read: That Time I Got Reincarnated As A Slime Season 2 Part 2 Episode 22: Release Date & Preview

Shugo practices speaking English and realizes that there is word care. He realizes that he cares about his brother and looks at their picture from childhood, wondering if his brother cares. Meanwhile, his brother is in America, and he showed outstanding performance with his Water Polo team. The crew heads to an American restaurant and enjoys eating American food. They talked about Minato since he was a big shot in his prime time and wonders if Minato is okay after his accident. One of the guys said Minato is doing okay, and nothing can stop him. They ask Shugo’s brother about Shugo, and he replies that they haven’t talked ever since he left. 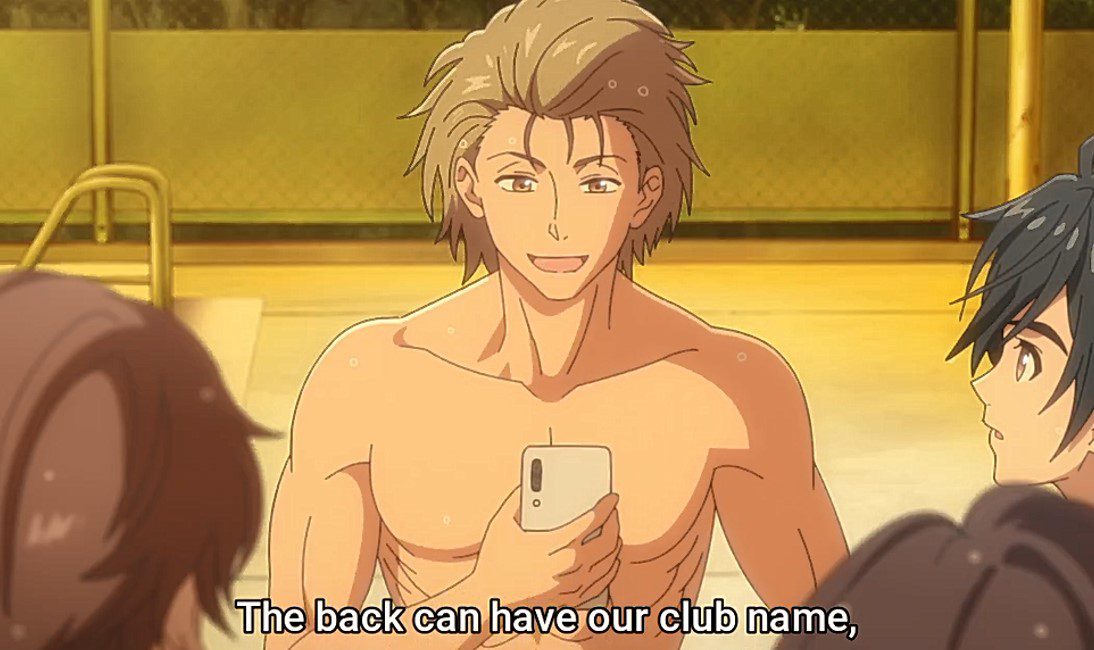 The second guy realizes that Shugo is a faster swimmer, and he is doing Water Polo. Shugo’s brother Momo comments that he Shugo has to be since he is his brother. Momo vows that Shugo will never beat him since he is number one and Shugo has to be number two. The boys think that Momo is bragging, and Momo asks them if they are making fun of him. On the next day at school, Shugo reads a book since it has become his daily thing. Minato listened to Shugo’s story while thinking about its message.

The music class begins, and Minato asks Shugo if he can join him. Shugo agrees, and the two went to the music class. Minato talked about Momo and something that Momo gave to Shugo. Shugo replies that it belongs to his brother, and he gave it to him when he was in fifth grade. He adds that he got in the day when his parents separated. One day Momo gave Shugo a jersey and told him to wear it since he is his rival. Later Jojima reminds the boys about teamwork, and they can’t win if they don’t cooperate. 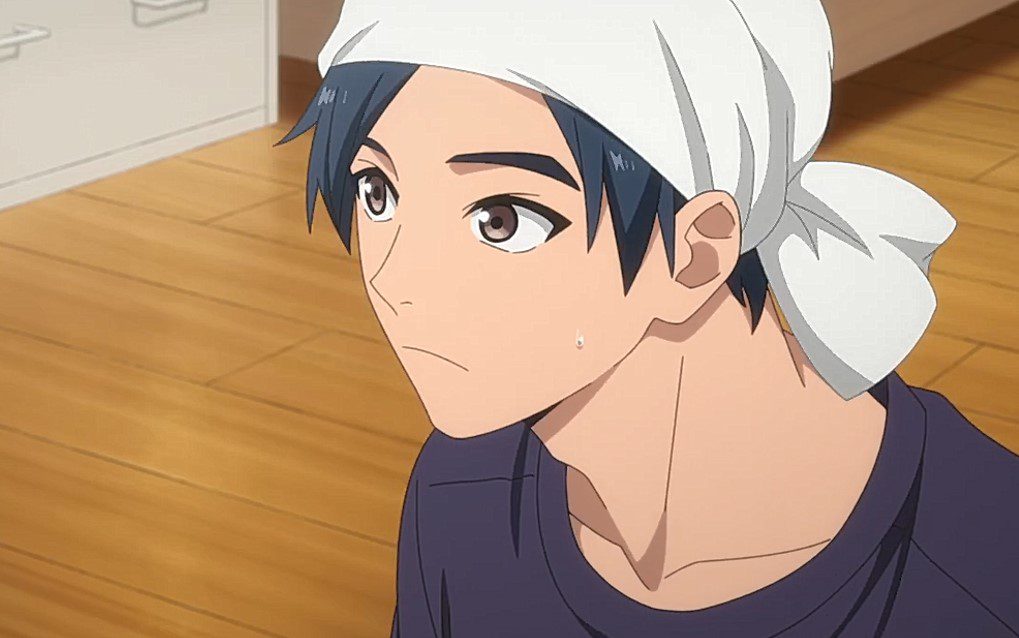 RE-MAIN Episode 8 will be released on Sunday, 5 September 2021, at 1:30 AM. This anime will conclude the finale soon with episodes in the upcoming weeks. RE-MAIN releases every Sunday, but the episode in other countries air on Saturdays. Look at the RE-MAIN official news below.

Where To Watch RE-MAIN Episode 8

You can watch RE-MAIN Episode 8 online on Funimation and ANIPLUS. RE-MAIN latest episodes have English subtitles when they officially release online and on other official streaming platforms. The anime is also available for rewatching.

Also Read: The Duke Of Death And His Maid Episode 10: Release Date & Spoilers.