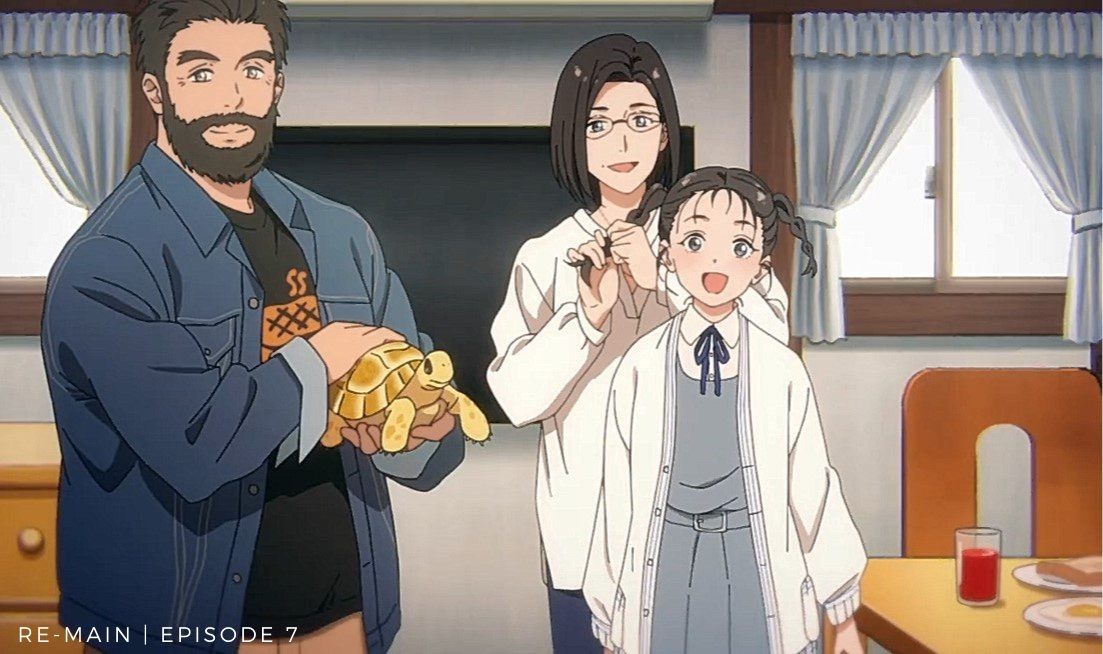 Minato’s story continues as he regains memories from the past as a professional Water Polo. RE-MAIN Episode 7 will release soon since the anime has released the latest episode this month. Minato’s sister attends the music classes at her school, and her mother sees her off every day. The father helped with the cleaning and sent some clothes to the dry cleaner since it is that time of the year. The mother wonders if Minato and Asumi are doing their best. A mon this has passed ever since Minato rejoined the Water Polo.

The boys have a training camp at school for Golden Week, aiming for their first win at July prefectural. Minato realizes that their ultimate goal is to be the champs, and they diced to try something new.  Minato has become the passer when Amihama outswims his defender. The boys realize that the new strategy is working well, and it will reveal the best out of them. They finished with the training and decided to take a break. The boys tease Minato that he smiles every time he looks at his reflection since he is shy at the reflection.

The boys decided to play a confession game in the evening, and Jo Jima has many confessions. Jo Jima reveals how he calls them by nickname and the pranks he pulls on them. Eiijiri comments that he hates Jo Jima’s nickname, and then the rest of the boys comments that it is a cute name. Shugo told them that it is his turn and said that his parents have divorced. He and his brother have different last names because his dad was an adopted son-in-law. The boys thought that they would be pulling funny stuff.

Shugo told the boys that it is not a big deal, and he is not ashamed that his parents got divorced. Eitaro told Minato to open up, and Minato said that his confession is about his memories. Minato noted that it is not like his memories are back or anything. But it is more about his feelings, and he wants to regain his memories. Minato adds that he is scared since, in dramas, when someone has amnesia and finally regains their memories, they forget the people and memories they made in the meantime. 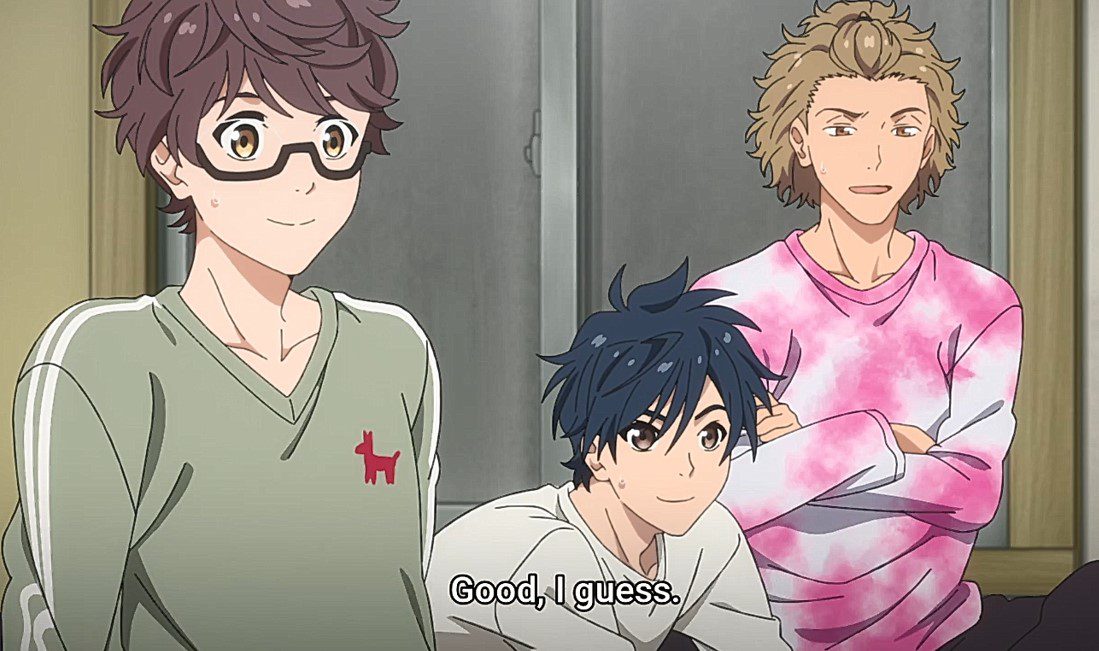 But the doctor told him that if his memories come back, they won’t erase the new ones. Ejiro told Minato not to get scared of anything. Minato comments that losing the memories that he has, for now, will be awful since the team helped him rebuild his life. Jo Jima told Ushi that he is the next one. Ushi replies that he has nothing to confess. In the morning, Minato wakes up early and notice that the boys are still sleeping. But Ushi comeback and wonders where he is coming from since it is too early.

The boys begin with three hours of training. They train to lift weights inside the water and passing long shots. Ejiro’s shot hits Ushi’s face to a pulp. They decided to stop training and take care of him. The teacher told them that the pulp would disappear since they have applied a block of ice on it. The boys find that Ushi got zoned out in the second team for not sleeping enough time. Ushi told the boys what bothers him, and they decided to help him to feel welcomed in the group.

RE-MAIN Episode 7 will be released on Sunday, 22 August 2021, at 1:30 AM. This anime will conclude the finale episodes in a few upcoming weeks. RE-MAIN releases every Sunday, but the new episode is available on Saturdays in other countries. Let’s take a look at the REMAIN Funimation official preview below.

Where To Watch RE-MAIN Episode 7?

You can watch RE-MAIN Episode 7 online on Funimation and ANIPLUS. RE-MAIN episodes are in English subtitles when they officially air online and on other official streaming platforms. The anime is also available for rewatching. You can also visit the official webpage and Twitter account to get more about RE-MAIN.