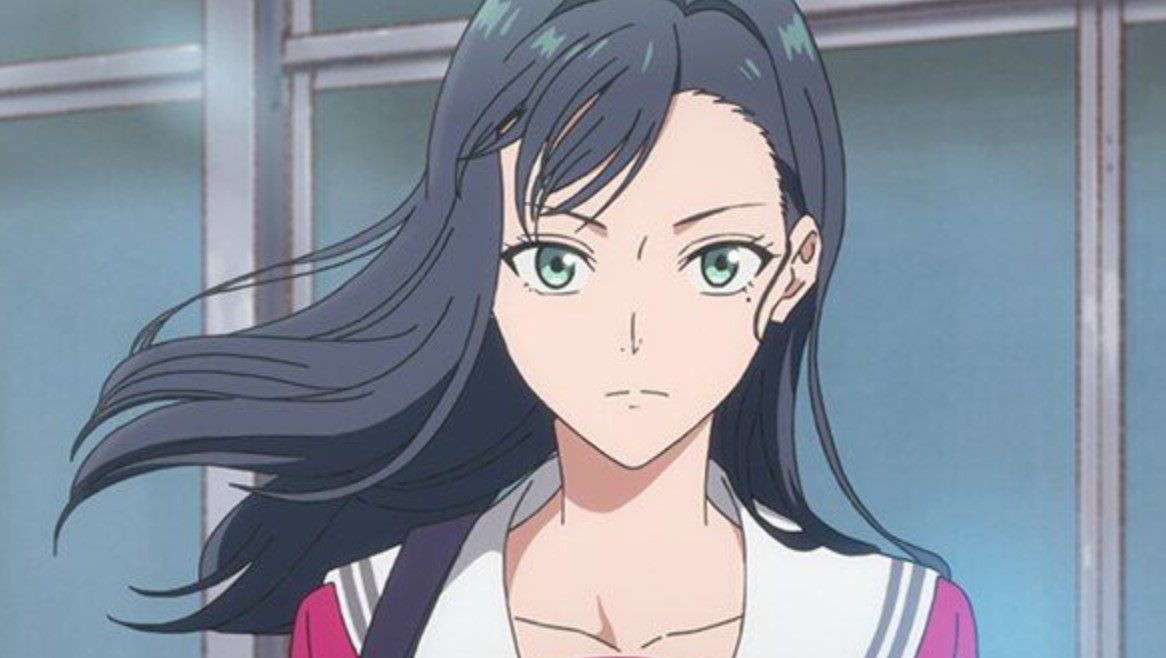 A boy who stopped playing water pool has decided to rejoin the water pool after meeting with a girl who challenged him. Minato met with Chinu, who kissed him and reminded him about how they met three times in the past. Minato gathered courage and told his family about his plans. After completing the form, Minato went to training with the others. Let’s find how Minato will reshape his life in RE-MAIN Episode 4. Minato realizes that he has will have to pay Chinu if he failed to fulfill his promise. Shugo Amihama got ranked 3rd in last year’s junior high 100-meters freestyle.

Minato and the other realize that Shugo joined the track. Jo Jima wonders what is happening since he hears that Shugo will join them. Jo Jima told the boys that they are the closest thing to a swim club. Eitaro talked about asking the second choice. Jojima comments that he is assuming that Shugo joined them. Minato realizes that Shugo will become their rival. Shugo and his team fill in the form, and the coach told them that they must submit it if they want to join. Minato and his friends decided to pull Shugo to their side.

They choose Minato to do it, and Minato wonders hay it has to be him. The boys reply that Minato is popular. Ejiri wanted to go there, and Jo Jima realizes that Ejiri will start a brawl and they must send someone who is not short-tempered. Shugo walks in their direction, and they know that he is coming. Jo Jima pushes Minato and told him to work his magic. Minato confronts Shugo and greets him while the rest of the bot watches the two from a distance.

The episode title is ”But, Give Us a Hendy.”Jo Jima thinks that Shugo has recognized Minato, and their plan will work. Eitaro comments that they will talk about fame later; Shugo told Minato that they are attending that same Class 1-B. Minato replies that he has heard that Shugo is good at swimming, and Shugo asks what will happen if he is good. Jo Jima told others that Shugo is stoic and shows no emotion, and nobody saw him laugh in junior high. That is how Shugo got the nickname The Mask, and Etaro realizes that the boys sent Minato to talk with Shugo.

Minato said he was getting straight to the point and talked about the water polo. Shugo thanks Minato and said he is not interested while walking away. Minato asks him if he is joining, and Shugo replies that he will try Kendo than Archery, and he will decide what he will do after trying them. Minato asks why he is not trying g water polo. Shugo replies with a raging voice and sais he is no swimming again. Minato and the boys who are hiding get surprised that Shugo will never swim. Shugo comments that he has no reason to swim. 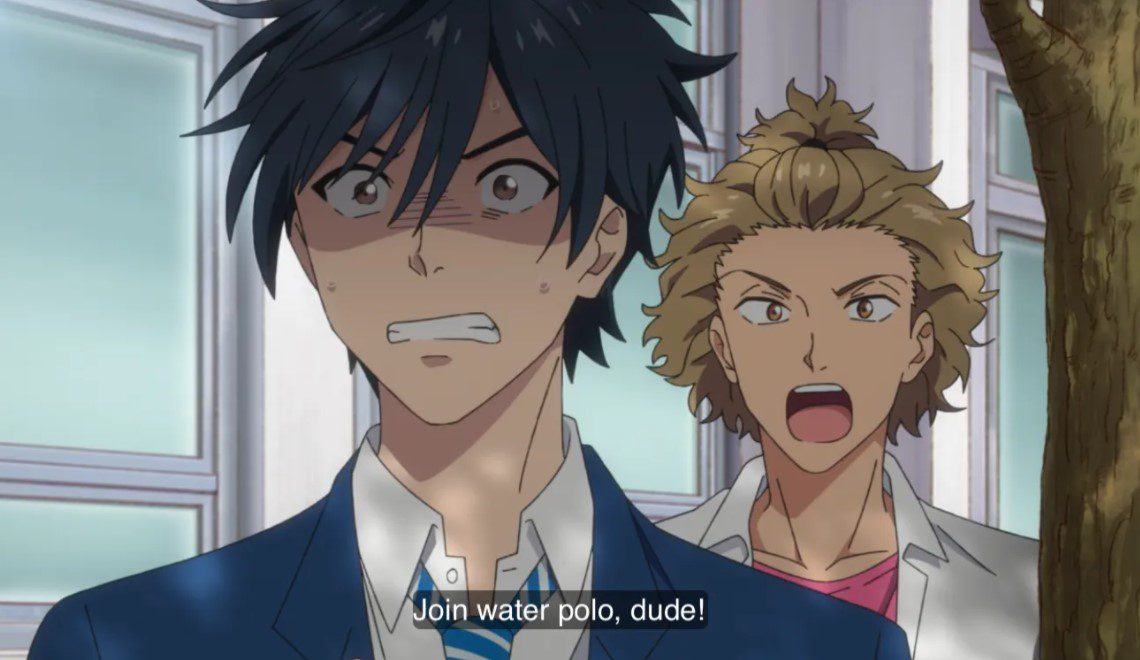 Eitaro wonders why Shugo won’t swim again. Minato thinks it is hopeless since Shugo has made it clear that he won’t join the water polo. The next day at school, Minato realizes that they won’t play without seven people. Minato learns that if he doesn’t become Okayama’s best, he won’t get his dream girl Chinu. He recalls the day Chinu told him to pay the 33000 yen that he bet. Minato decided not to give up and wonders what mage Shugo made up his mind.

Why would a national-level athlete quit? Maybe it is an injury. The teacher told Shugo to read for the class, and Minato realizes that he has to focus. Shugo gets up and reads literature B about Motojiro Kaji: Lemon. Minato notice that Shugo is the type of guy that reads with passion. Later Minato met with Eitaro, Jo Jima, Ejiri, Yutaka, and Yoshiharu and took about Shugo. The boys realize that Minato is the type of guy who gives 100% to everything he does.

Eitaro comments that if Shugo gives everything to 100%, why did he quit swimming. The boys decided to find the truth and convince Shugo to join them since they only need one member. Eitaro said that Shugo’s reason to swim was to beat his rival brother; once he beat his brother, he has no reason to swim. Later they confront Shugo and Minato for reasons with him to help them. Shugo offers them a challenge and beats Minato in a race, and realizes that they made a bet that it is his last day.

Where To Watch RE-MAIN Episode 4?