Raymond Van Barneveld is one of the most successful darts players of all the time. His current relationship status has caught the eye of several people. 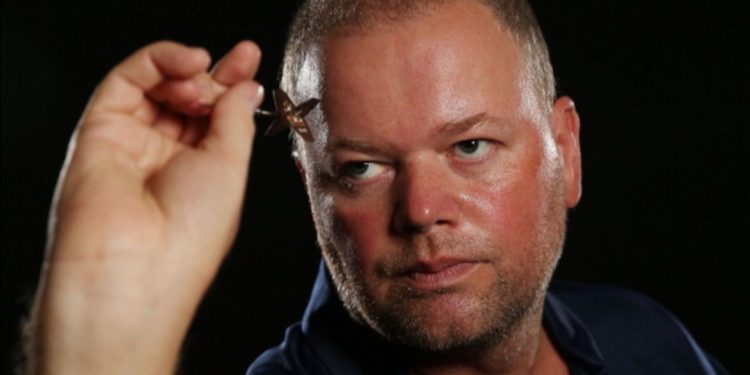 When it comes to relationship gossips, many celebrities attract the public eye. Raymond Van Barneveld’s partner and his romantic relationship is something that his fans have shown huge interest in. Speaking of this, their age gap of eighteen years has garnered a huge spark among his followers. For those who are unaware of him, Raymond Van Barneveld is a professional Dutch darts player from the Netherlands. Talking about his achievements, he is the one with 82 tournament wins and 5 world championships. Also, he is the recipient of 21 major titles. Not to forget to mention his win at the International Darts League. Raymond Van Barneveld also won the Las Vegas Desert Classic. In 2019, he retired with loads of accolades which he received in his darts career.

Moving on with his relationship details, Raymond Van Barneveld was married to Sylvia and stayed together for 25 long years. After filing and struggling with divorce, at present he is dating someone very special in his life. He is also the father of three children. Who is his lady love? For more details about Raymond Van Barneveld’s current relationship, you need to get into this article and stay till the end.

Also read: Who Is Katy Carmichael’s Partner? About Her Marriage & Kids

Raymond Van Barneveld is a Dutch professional darts player born on 20 April 1967. As of now, he is 54 years old. Born in the Hague, Netherlands. Originally called The Man, he is often called Barney at times.

Raymond Van Barneveld is considered one of the most popular and successful darts players in the world. He has started playing darts since 1984. He won The Las Vegas Desert Classic. Also, he won the Grand Slam of Darts & the Premier League. Three times, he won the International Darts League and the WDF World Cup Singles event. He also won Finder Masters four times. In 2019, he retired with 21 major titles, 5 world championships, and a major 82 tournament win. He walks on the music Eye of the Tiger by Survivor. In 2021, he won the Players Championship (BOL). Because of his amazing darts playing skills and the great achievements that he has won in his career, we are so proud of him. He is quite active on Instagram which as of November 2021 holds 132k followers.

Also read: Who Is Mabel’s Partner In 2021? All About Her Dating Life

The famous darts player, Raymond Van Barneveld was earlier married to Sylvia. Unfortunately, when things didn’t work right between the two, after 25 long years the former couple decided to split. They filed for divorce and struggled a lot with that.

Raymond Van Barneveld started dating Julia Evans in 2019. It was in April when they started their romance. It’s been more than a couple of years since they are together. Julia Evans is 37 years old who lives in London. She works on the London Underground. Talking about their bond,  they met each other at a darts tournament that took place in Southampton. When Julia Evans was asked about her boyfriend, she stated that Raymond is very patient and understanding to her.

Not only that, the time they met, she realized there was a real click and spark between them. It surprised both of them. Eventually, they realized that they fit well together. She also claimed that they want to grow old with each other. When asked about Julia, the darts player stated that while he was depressed at the end of his darts career, his girlfriend Julia has helped him a lot. Not only that, but he also added that Julia has been very much supportive of him.