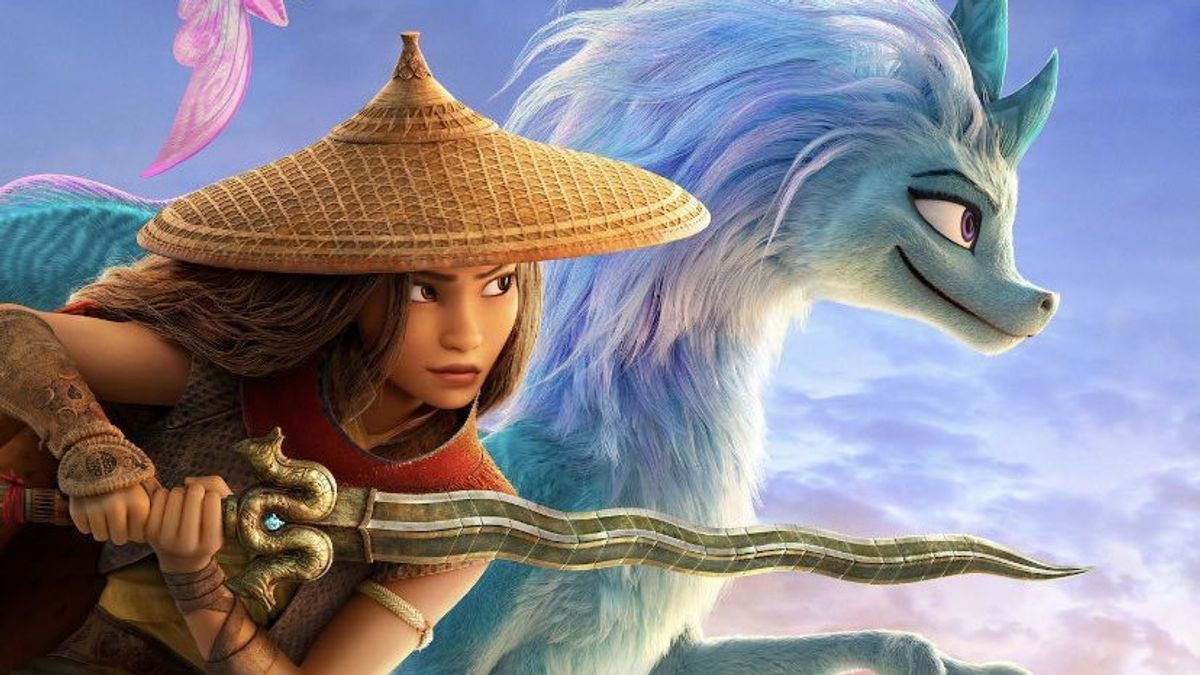 Raya And The Last Dragon is a 2021 computer-animated action-adventure fantasy film. The film is the latest Disney outing distributed by Walt Disney Studios Motion Pictures. The film is directed by Don Hall (Big Hero Six, Moana) and Carlos López Estrada (Blindspotting). It is written by Qui Nguyen and Adele Lim. Released in limited theatres, Disney+ subscribers can watch the movie for an extra fee. The film is also backed by a beautiful music score by James Newton Howard.

Raya and the Last Dragon is rooted and inspired by Southeast Asian culture, featuring a predominantly Asian American cast. Kelly Marie Tran lends her voice to the titular lead, Raya. At the same time, Awkwafina voices the titular dragon Sisu. The cast also includes Gemma Chan, Daniel Dae Kim, Benedict Wong, Sandra Oh, Izaac Wang, Thalia Tran, and Alan Tudyk. The film is being praised for a whole slew of things, including animation, music, and richness. The fantasy world of the film is based on Southeast Asian countries and cultures. After a series of duds, Disney seems to have made a genuinely great flick.

Raya and the Last Dragon feels like a comeback for Disney.

Disney animated features enjoy the widest reach and appeal in the whole world. The universal themes and inclusivity that they carry, especially nowadays, make them even more appealing. Some of the Disney films of the past have lived up to the hype they get. One reason for that being the heart that goes into making all those stories with the rich animation and filmmaking. But with some recent Disney outings, that magic has been waning off. The recent trend has been to remake old classics and remind everyone why the original IP was so great. Another one is to ham fist diversity and representation in non-nuanced ways. Last year’s Mulan is a testament to that. Plus, the rushed and poorly executed effects didn’t do it any good either.

However, Raya and the Last Dragon seem to rejuvenate the old charm. It does so many things right that make some Disney animated features so charming. The film has creative ingenuity and probably the best animation among the recent movies. The film score is one of the best from James Newton Howard. The voice acting is brilliant, and the leading voices impart fun and animated candor to the characters. One more thing that this film excels in is the Southeast Asian representation. Disney films of late have been faring well in terms of East Asian representation. So it’s high time that the Southeast Asian culture and countries do get some of their own as well. This film is sure to find its relatability and inspired audience among these underrepresented countries. 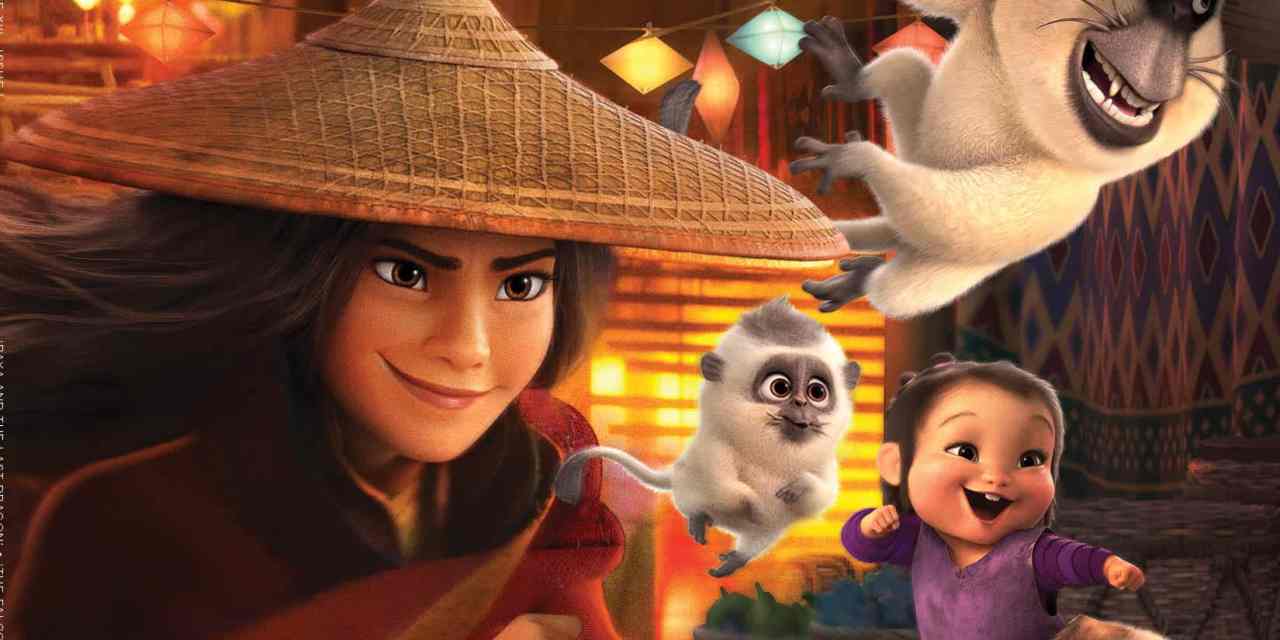 The film’s character animation is vibrant and top-notch.

The film’s story takes place in the fantastical land of Kumandra, where Raya has grown up hearing stories of the last dragon. The stories tell of the monstrous villains named Druun and how they threatened the world by turning humans into stone. That is when the dragons united to create a magical stone to defeat the Druun. The dragon names Sisu used that stone to stop the apocalypse and defeat the monsters. Sisu is told to have sacrificed herself, but there are remnants of a theory suggesting she lives on. That magical stone now remains with Raya’s father and their clan. But in a now divided world of Kumandra, different clans want their hands on the gem. They steal it, break it, and disperse it all over the world.

After 500 years later, the monsters have returned, and Raya goes on a quest to find the stone remnants. She takes it upon herself to find the scattered fragments and unite a divided populace. During her quest, Raya encounters Namaari, princess of a clan that seeks absolute power. Raya learns and contends with the harsh reality of distrust. But along the way, she also meets a colorful and instantly loveable bunch of supporting characters. Along with a fiery Namaari (Gemma Chan), there’s the friendly Boun (Izaac Wang). Tong (Benedict Wong) is another loveable addition, while Benja (Daniel Dae Kim) brings wisdom and calm. There’s also a baby character who is a con and uses her cuteness for mischievous con artistry. All of these characters form an eclectic bunch of Avengers-style team of warriors on a quest to unite everyone. 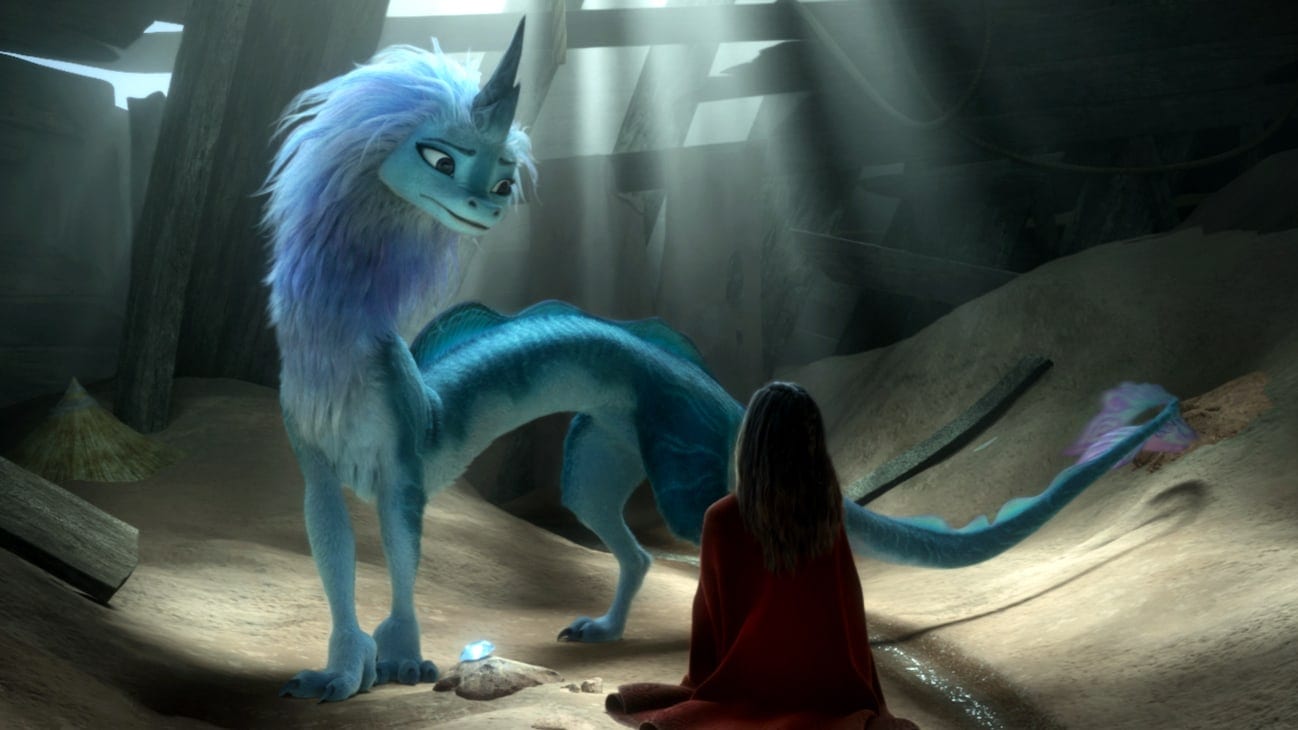 • Crazy About Her: A Well Balanced Dramedy

The team behind the film has brought their A-game to the table and made an animation delight. The world of Kumandra is as much diverse as are the different Southeast Asian countries. The directors’ Don Hall and Carlos López Estrada understand that these countries do not have a single collective identity. Instead, they are distinct and varied pockets of cultural identities and elements. The film emulates that spirit so well and creates a dense and properly developed world. Many inspirations from different corners of this part of the world are apparent in the film. From character design to costumes to minute details – everything is paid a great deal of attention. The attention to detail is evident in the cultural accuracy the film can achieve in this fantasy world.

The makers of the movie did a commendable amount of research going into the production. The level of detail that the backgrounds of each frame contain is incredible. Whether it’s the streets, landscape, architecture, or the dresses – all are carefully researched and worked upon. The reason for this is that the makers enlisted a team of anthropologists. A team also visited Southeast Asian countries like Vietnam, Thailand, Laos, and Cambodia. What’s more, is that the screenwriters Qui Nguyen and Adele Lim are also Southeast Asian. This only lends more authenticity to the world-building. However, the world of Kumandra is a large and diverse one itself. Naturally, the cultural template and identities it is inspired from in the real world are also widespread. The makers have taken inspiration from a wide spectrum of cultures and ethnicities.

Coming to the animation itself, Raya and the Last Dragon has some of the most visually appealing stuff. The animation is colorful, vibrant, intense, and simply breathtaking. From the character animation of Sisu the dragon and the tiny pill bug, Tuk-Tuk – it’s a visually striking delight. Don Hall said about the animation that they wanted to push the technologies in terms of lighting and performance. And push the boundaries, they did! Although the film retains that trademark Disney look, it is distinct and refreshing. Sisu’s flight animation also bears some resemblance to Hayao Miyazaki’s work, like Princess Mononoke. The fight scenes are realistic and a blast to watch. The CGI work is immaculate and top-notch. With the grandeur this epic film packs in its entire runtime, you want to watch this on a big screen. 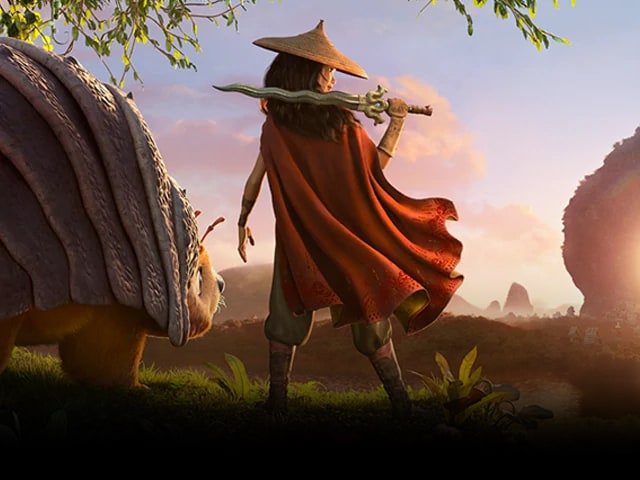 The action in the film is stellar, as are the scenic and epic landscapes. The film is also jam-packed with several references to movies like Indiana Jones and Lawrence of Arabia. Marie Tran does an excellent job making Raya sound both powerful and vulnerable. She is supported by the talented comic and actor Awkwafina. One of the reasons Sisu works so well as a dragon is because of Awkwafina’s complementing voice. Gemma Chan successfully portrays a conflicted and fierce girl. Wong is also super fun playing the one-eyed Tong.

• The Father Review: A Painful Story About Dementia

How it compares to other Disney princess stories

Raya and the Last Dragon deviate from the conventional conflict that other Disney princesses have had to face. The film borrows quite a lot from different cultures and regions, but its mythology is original. The princesses of the past had a legacy of imbued latent powers which they had to learn to control. Raya is different in that she already is an accomplished fighter. But the challenge that Raya has to face is that of trusting others. Along the course of the film, Raya overcomes the distrust and division that is caused by it. She learns to out trust others and use the power of the collective. The running theme of the film is that of unity, and that’s what makes it different from other films. It’s about finding a support system of friends and family. It is not a traditional Disney princess story, and that’s what’s makes it great. 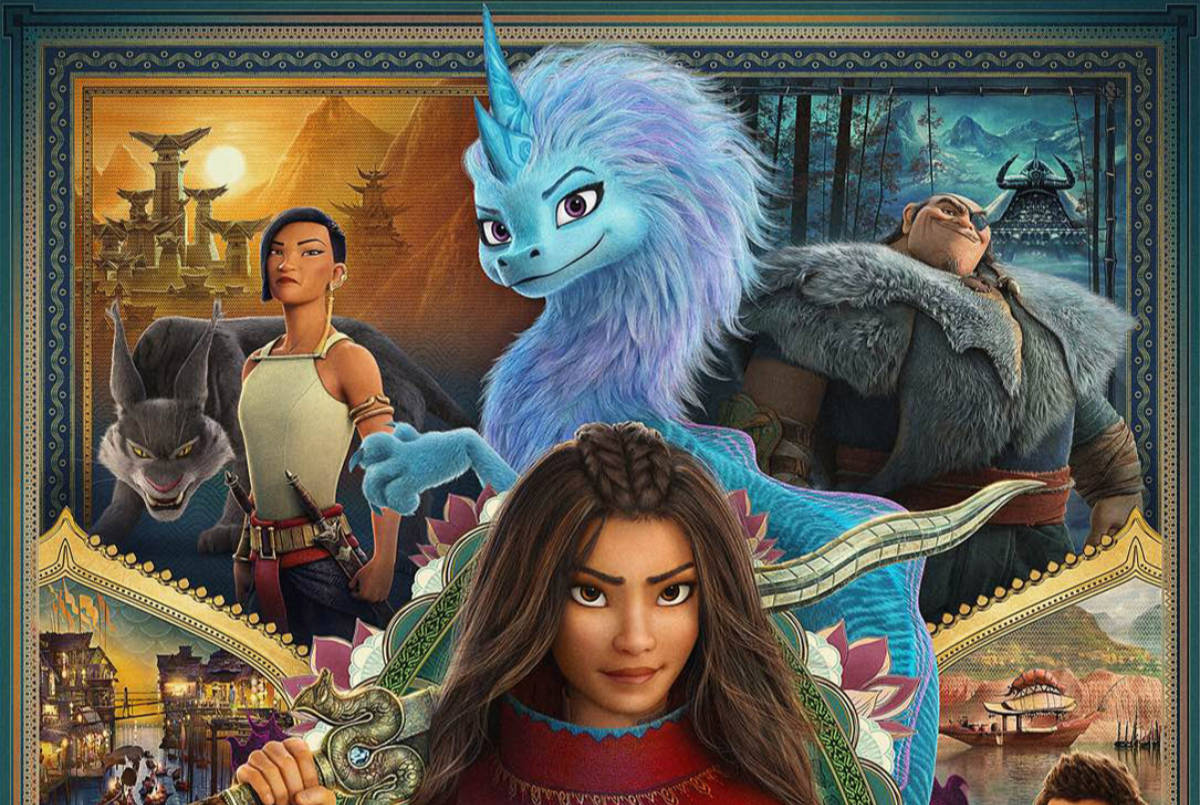 Raya must overcome distrust and unify people in this latest Disney animated feature.

It is a refreshing experience to go into a Disney animated feature and liking it so much. Having recently watched WB’s Tom & Jerry, the bitter taste still lingers in my mouth. Raya and The Last Dragon provides a much-needed freshener and also leaves an unparalleled new palette. Unlike Tom & Jerry, this film does not treat children as a dumb demographic. There is thematic density. There are lessons of trust and unity. It certainly evokes important discussions about unification and facing grief. And the prevalent theme of the movie is also one that resonates in contemporary times. Raya has to face betrayals and distrust in her journey. How she navigates through the division and enmity is a good lesson for children and adults alike.

Raya and the Last Dragon is currently streaming on Disney+.