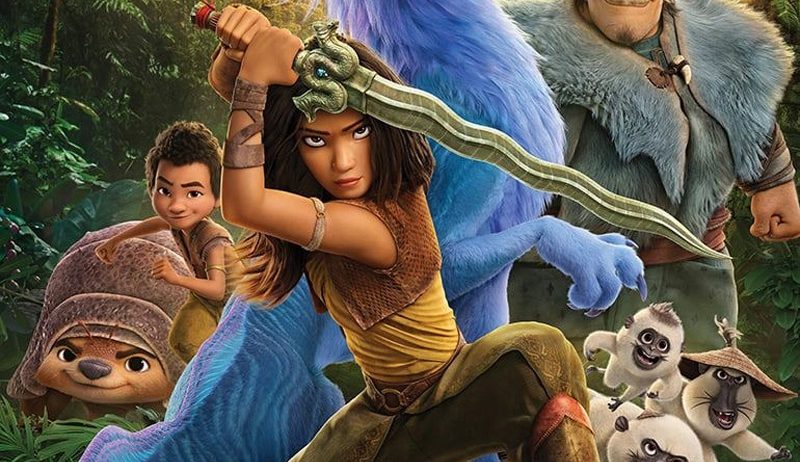 Kids love Disney Princess films. Disney has made it easy to teach kids moral values and the optimistic side of life through its animation films. So children can easily grasp some difficult concepts of life in a simple manner. but some of the Disney films are not only for the kids but also for adults. And one such film is Raya and the last dragon, which is currently streaming on Hotstar. This film is based on the concept of trust. Where the two warrior princess who turned into enemies fight to protect their kingdoms. But the audience has noticed some other things in this film too. The relationship between Raya and Naram is not that simple as it seems. There may be an unknown romance brimming between the two. The audience opines that Disney should make a Raya/Namaari romance.

Raya and the last dragon is an American computed action animation film. This film is produced by Walt Disney Productions and Walt Disney animation studios. This film was released on the 5th of March in 2D, 3D, Dolby Cinema, and IMAX Formats. The plot revolves around Princess Raya. She is a princess of a tribe from a land named Kumandra. The Magical Dragons used to protect this land from the evil powers with the help of their magic. 500 years ago, the land of Kumadra was destroyed by the Druun. After that, a rebellion arose in the land, and the people got divided into small tribes. And settled in the dragon-shaped land. These tribes were named according to the parts in which they were settled.

500 years later. The chief  Benja of the Heart tribe has raised his daughter as a princess and a warrior. Because he had faith that these tribes will come together one day. Soon, princess Raya meets Namaari, The daughter of  Cheif Vinrana of Fang Tribe, and soon they become friends. She shows Namaari the orb. But Namaari tries to steal it and betrays her. this creates a rebellion between all the tribes. And then, Raya sets out to find the last of the magical dragon, Sisu, that is still alive. She continues this search for six years in the hope that Sisu will help her find the remaining pieces of the orb.

Disney Should Make a Raya/Namaari Romance

Many viewers are of the thought that there was more to the relationship between Raya and Namaari. And Kelly Marie Tran, who has voiced the character of Raya id in support of this. In the recent interview, she has mentioned that she also feels there is something else to their relationship. The audience has picked up on their chemistry in the banter shown in some scenes. But she also mentioned that this was her interpretation of the scene, and the viewers are free to perceive this in their own way. She also mentioned that if one looks at this carefully, it will feel very real and authentic to anyone. Kelly further said that she might get into trouble for saying this, but whatever.

This is probably not the first time in the history of Disney that fans have expected a  princess to be Gay. Even during Frozen II, fans had expected Else to have a Girlfriend. And similarly, this time, they wish to see more of Raya and Namaari romance. Kelly feels that this is a great idea, and Disney should work upon it. If Raya and Namaari romance shows, then Raya will be the first gay princess of Disney. This idea was somewhere also linked to the fact that many in the LGBTQ community see the song ‘Let It Go’ as a representation of accepting oneself. The song’s lyrics show that she is not trying to suppress who she is.