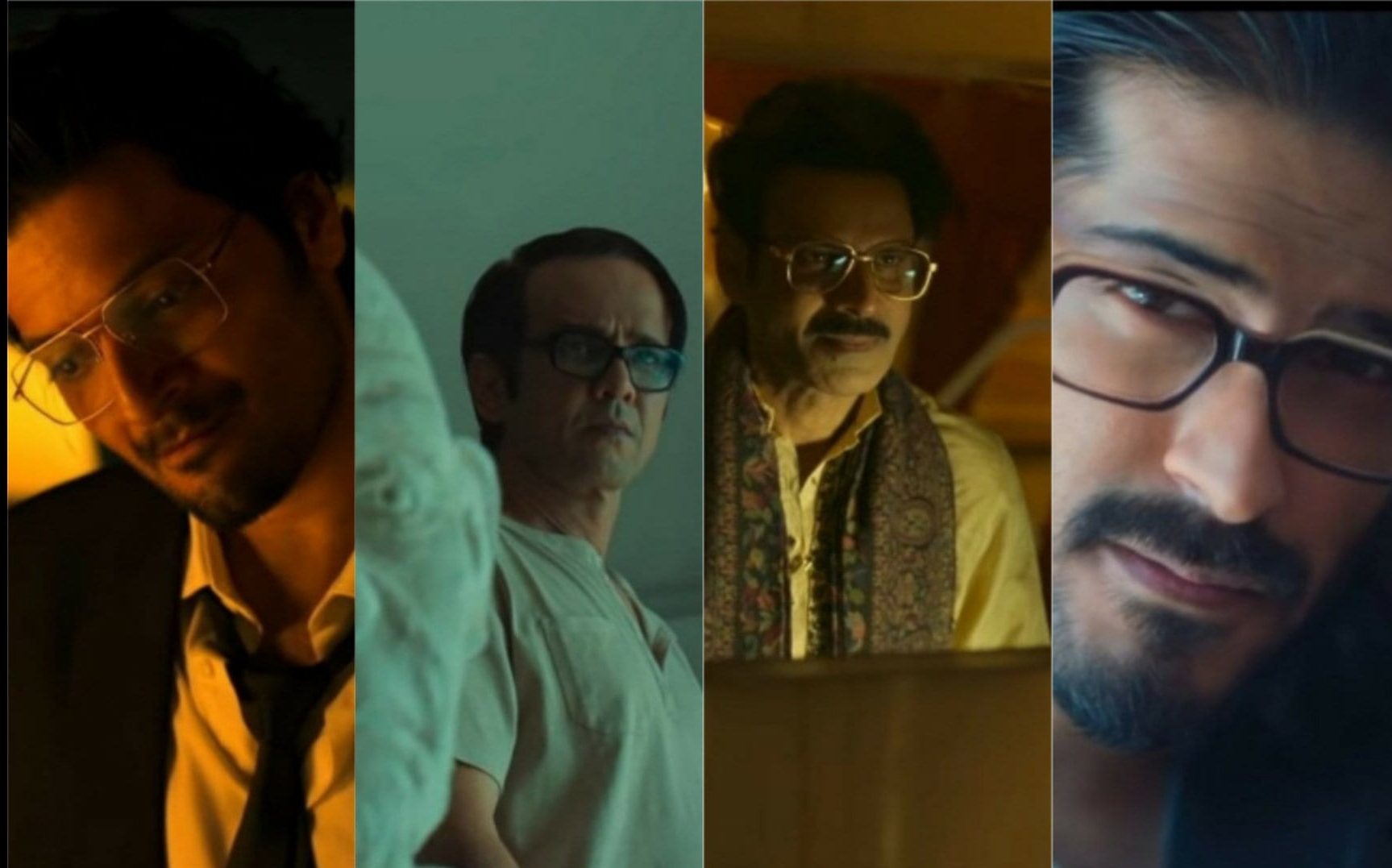 Netflix brings four short stories to life written straight away by one of the greatest Indian Film directors ever to live, Satyajit Ray. This comes in the form of the original web series Ray which tells these tales divided into four hour-long episodes. Each story carries its aura, feel, and genre. Thus making each one of them different and intriguing at the same time. As unique as these short stories sound, they end up questioning the minds of the viewer. So here we are breaking down what these stories told us and what we understand from them. At the same time, leaving you a space to hit creativity of your own. So with no further adieu, let’s begin discussing the ending of each of the stories from Ray.

Ray brings in a blend of psychological thriller, darkness, drama, and supernatural at the same time. We begin with Forget Me Not based on Ray’s short story Bipin Chowdhury’s Smritibhrom. It tells the story of a proud individual where his greatest weapon becomes his biggest weakness. Then we have Bahrupiya based on the story Bahurup. Here we have a story that tells how an obsession can hurt you further. Then Hungama Hai Kyon Barpa, based on Barin Bhowmik-er Byaram telling the story of guilt. Lastly, we have Spotlight based on the story of the same name telling us about beliefs. So let’s break down these stories piece by piece.

The first episode of Ray tells the story of a successful businessman, the hard-working giant name called Ispit Rama Nair. Apart from all that success, what makes him special from others is his eidetic memory. He remembers everything to the point. Things come crashing down when the memory that built his success starts betraying him. One night he met a girl named Ria with whom he spends a night at a rooftop hotel, but he doesn’t remember a thing about meeting her. This further boils him when his memory is questioned time and again throughout the episode.

Forget Me Not Ending Explained

Throughout the first episode, Ispit’s memory continues to deteriorate. Especially around a story of Ajanta Caves retold by Ispit’s friend Patchy first. The story comes to question him a few times in the episode. But he couldn’t remember a thing about it that confirms something going wrong with him. Taking a note from a psychiatrist, it’s revealed he is in earlier stages of dementia. He doesn’t accept the fact, which even leads to his accident. Plus, the times Elephanta Caves story is retold, his wife hears about it and his affair, which leads her to leave Ispit.

Ispit once comes across Ria too and even visits Aurangad for more insight. But it doesn’t help him. Thus, landing him in an Asylum with his assistant Maggie. That’s when the decisive plan Maggie had is revealed. It’s basically a revenge story. Ray had an affair with Maggie and made her drop his baby. Then there was his friend Patchy and Gary, to whom he lied to. All of them come together trying to hurt Ispit by leading him up to this point. In the ending of Ray Episode 1, we find out that Ria is no one but Maggie’s sister.

The second episode of Ray tells the story of makeup artist Indrashish Shah whose grandmother recently died. Thus leaving him property worth 75 lakh rupees and a mysterious book called Bahrupiya. He opens the book to see intricate techniques to change your face completely. The techniques intrigue Indrashish, who tries to put them to use.

The first thing he attempts to do is change his face and treat the girl who broke his heart a lesson. Then take revenge on his boss by messing up his schedule and even stealing his money. This becomes a habit for Indrashish, and his ego builts up until he comes across a man named Peer Baba. Someone who knows everyone’s ins and outs. Now Indrashish is wondering with his new faces if Peer Baba knows him well or not.

Indrashish meets Peer Baba face to face, and Baba manages to break him down easily. This fuels Indrashish more, as he picks up a face from the TV of a man named Rakesh Singh. He changes the face to Rakesh and meets Peer Baba again. For the second time in the row, Peer Baba gets to the bottom of Indrashish’s past, which urges him to establish that he is Rakesh.

Peer Baba warns him about his deeds. Moments later, Indrashish realizes his bad habit did pay. He was not able to remove his Rakesh face and is stuck with it forever. Towards the ending of Ray Episode 2, he enters a barbershop and carves his face to end the episode. He may have died or left with a damaged face after all the makeup messes he did.

The third episode of Ray tells the story of popular poet Musafir Ali riding high on success and is on his way to another concert. He is making money and having hit after hits. Thus making him a popular figure in the country. Amidst a train ride, he comes across Aslam Baig who is a huge fan of his as well as his wife. Suddenly both share an insight that they have met each other before. Aslam manages to recognize him but not Musafir. Until he drinks the Arabian tea of Aslam and remembers a time from his past.

This takes us back into a flashback to the time when Musafir had a different name and no job. Then he met a young Aslam similarly on a train ride. Both were down in luck, with even Aslam on the verge of his wrestling career dying. That’s when he introduced Musafir to a lucky watch that can change his luck around.

From the past sequences, we learn more about Musafir Ali and his habit of stealing things. Similarly, he stole the watch from Aslam back then before embarking on his poet career with a new name. Being the owner of a lucky watch, Musafir’s career skyrockets earning him fame and money. But Aslam confesses that losing the watch doomed his career, though. This makes Musafir feel guilty about his deeds, who next morning returns the watch.

Despite getting the lucky watch that can turn his luck around, Aslam denies wanting it back. Instead, he asks Musafir to approach a man to return the watch. Meeting the man makes Musafir realize that Aslam was also much like him. He also had the habit of stealing things but over time has overcome that and now has helped Musafir too as he returns the watch by the ending of Ray Episode 3.

The fourth episode of Ray sees the popularity of an actor locking horns with the popularity of a Religious figure. So we meet Vikram Arora, a popular actor who is only popular for his looks. But when it comes to acting and his movies. Well, he is heavily criticized and made fun of. Vikram Arora hates being loved for looks. He literally wants to do something for his art and wants the audience to love him for that. Now he hopes his upcoming movie does some magic.

Amidst the shooting of his next movie, Vikram comes across the religious figure called Didi. Her popularity is up the roofs among people. She stays in the same hotel Vikram and his film crew are shooting at. So during this time, he sees how Didi’s popularity rivals his. He loses his room and his producers as they are a fan of her. Even his girlfriend leaves him when he questions Didi. It’s clearly stated that Didi is way popular than him.

Somehow Vikram’s manager convinces producers to start the shoot again. But Vikram can’t concentrate and loses his consciousness. The next day he sees a raid on Didi and the fact that they smuggled. This encourages Vikram to meet the exposed Didi, who is more like a normal girl. Didi’s manager used her popularity which she built by copying none other than Vikram’s look. This way, he smuggled drugs. The raid was all plan of Didi to trap her manager and fly away. She told him his backstory and also how she received her superpowers. Thanks to the goddess and the one look she saw of Vikram in cinemas.

That’s all the truth about Didi, the rest of the things are all her manager’s mess to make money. She further tells her plans to leave the country to form an ashram in Oregon. Talking to her, she promises to give him anything he asks. Vikram asks for his look back, and she asks him to drop her airport. Vikram rescues her and feels the powers of Didi as he attacks the cops without touching them. This way, by the ending of Ray Episode 4, Vikram turns his luck around as a successful actor while Didi watches on from Oregon.