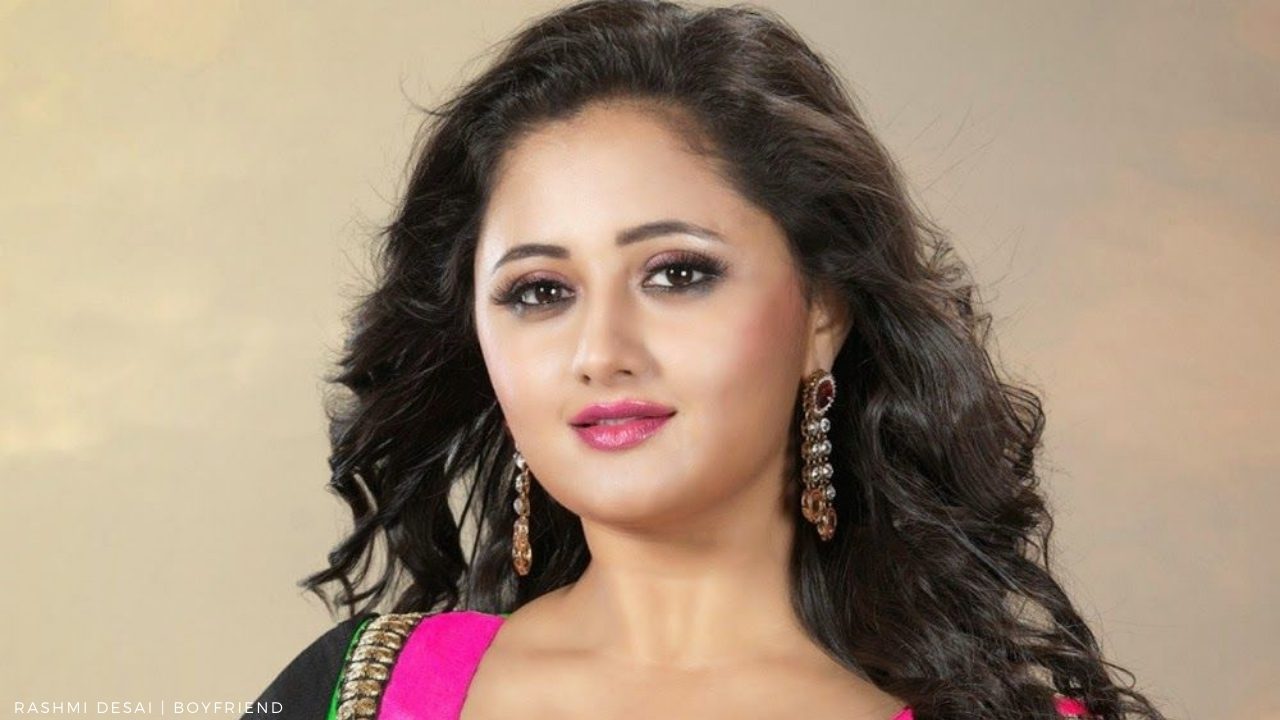 Who is Rashami Desai’s Boyfriend? Shivani Desai, also popularly known as Rashami Desai, is an actress born on born on 13 February 1986. She is known for portraying different types of characters on various TV shows and also received several awards for her performance in various TV shows she featured. She is considered one of the most popular and successful actresses in the Indian TV industry. Desai is quite versatile and has taken part in several non-fictional shows and even has ventured into stand-up and comedy reality shows.

Rashami was working in the entertainment industry for some time, and she debuted in films that didn’t go as she planned. She then entered the Indian TV industry, where she soon became a very popular and household name. Desai has featured in several hit shows, and Uttaran was one of the shows which gave her career a huge boost. Rashami was last seen on the TV screen when she was sharing the screen with fellow actor Siddarth Shukla in the TV show Dil Se Dil Tak. Her fans are very supportive of her acting chops and supporting her at all times. So, let’s see who Rashami Desai’s Boyfriend is?

Rashami initiated her acting career featuring in some small Indian films. She didn’t quite make a mark on the silver screen, so the actress shifted towards the Indian TV shows. Her first TV show marked her with Ravan, which was released back in the year 2006. Then further in the year 2008, she was cast in Pari Hoon Main, where she featured in a double role. Rashami’s career took off in 2009 when she was cast as Tapasya Thakur in the Indian TV show Uttaran. This show ran for quite some time which is from 2009 to 2014. Uttaran brought immense fame to the actress, winning her several accolades and garnering appreciation for her acting talent. Later she featured in a show named Dil Se Dil Takas Shoravi Bhattacharya, which was a story about a love triangle and this show ran for over the year 2017–2018.

In the year 2020, Rashami featured as Nayantara/Shakala in a thriller with supernatural elements named Naagin: Bhagya Ka Zehreela Khel. She made her debut for OTT with Tamas, a short film. Desai also made her debut in the web series in 2021 with Tandoor. Desai has also been part of some non-fictional shows or reality shows, such as Zara Nachke Dikha in 2010. Then in 2012, she moved to Jhalak Dikhhla Jaa, and in the year 2015, she did two reality shows named Fear Factor: Khatron Ke Khiladi and Nach Baliye.

Who is Rashami Desai’s Boyfriend?

Rashami’s marital status as of now is divorced. Rashami Desai was married to Nandish Sandhu, who was her co-star and boyfriend. The couple garnered a lot of spotlight when they were together. Then after some years, they got divorced due to some personal reasons. They had a daughter together named Manya Sandhu. There have been several rumors speculating that Desai was in a relationship with Laksh Lalwani after her divorcee. Rashami has been linked to some people in the past, like the model/actor named Arhaan Khan. Some years back, before her marriage, she was also linked with her co-star Sidharth Shukla who shared the screen with her in the popular show ‘Dil Se Dil Tak.

Rashami’s latest appearance was on the popular show Big Boss for its 13 installments. She was the 3rd runner up on the show, and according to the latest reports that surfaced, she has been dating Mrinal as the duo pictures appeared on the internet. Mrunal is the son of Rashami’s uncle from her mother’s side. These pictures are picking up the heat and have gone viral. The picture seems to speculate that the two might be dating, but these were not true and only rumors, and Mrunal is Rashami Rakhi’s brother. Rashami was married before back in 2012, but the couple divorced in 2015. The star’s recent relationship was with Arhaan Khan, but the couple broke up during their time in Big Boss house.

What are the Debates surrounding the Actress?

Desai has a debate about how her relationship was with her ex-husband Nandish Sandhu. She accused Nandish of having treated her badly and would often misbehave and mishandle her plenty of times. Rashami Desai also laid some accusations on the Indian site, which goes by the name India Forums. She claimed that they were depicting a false representation and image of her in public. In a meeting, she also stated that the Indian forum has been active for public representation of  Nandish and has been falsifying the info and giving false stories from the Nandish side. Rashami also continued by stating that the relationship matter is private. She didn’t want to bring it into the public eye, and the site is showing Nandish guiltless.

Rashami, in a reality show’s 7th installment named Nach Baliye 7, revealed that she had a very unnatural birth cycle. Her ex stated in a meeting that they were clear about child arrangements when they settled. Their profession was the main focus. So, he continued by saying that what is the matter to bring the subject of the unnatural birth cycle? He added by saying that he does not want to tarnish Rashmi’s image in any way. Rashami also uncovered the fact that she had gone through a medical procedure to correct the matter in hand. In a later meeting, Nandish Sandhu, who is now her ex-husband, stated that she might have been confused between practice and treatment.

Also Read: Who is Kiara Advani’s Boyfriend, Will She Spill the Beans about Siddharth Malhotra?