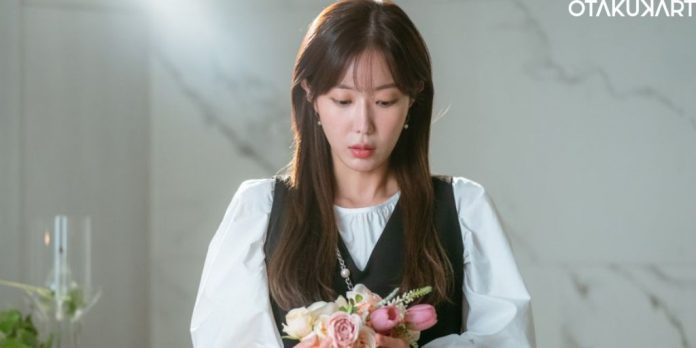 The long-awaited romantic comedy-drama, Woori The Virgin, has fans intrigued with the release of just two episodes. Furthermore, each second of the episodes is filled with absolute madness that will have you rolling on the floor but also make you wonder what Woo Ri is going to do next. If you thought the previous two episodes were chaotic, with Woo Ri, who is a literal virgin getting pregnant, then Woori The Virgin Episode 3 will be released soon to challenge the previous episodes.

Moreover, the kdrama Woori The Virgin is unlike any other kdrama that you have seen so far. It threads delicate and important issues in a chaotic romantic comedy style, making the drama an emotional rollercoaster. Additionally, Woori The Virgin Episode 3 will be a delight to watch for fans of all genres because although this is a melodrama, there is also a heinous gangster on the loose. Love, drama, and mystery you can find it all on in Woori The Virgin kdrama. Here are all the details regarding Woori The Virgin Ep 3!

Woori The Virgin Episode 3 will release on 16 May 2022. Oh Woo Ri had made a pledge to remain a virgin back when she was fifteen years old. Not understanding the dire outcomes that may result at that age, Woori had to bid farewell to many romantic relationships. However, in a wild turn of events, Woo Ri ends up getting pregnant through artificial insemination right when her boyfriend of two years and a true diamond decides to propose to her. Oh Woo Ri was confused about whether she wanted to keep the baby or not, but she finally made a decision.

However, Oh Woo Ri does not realize that the father of the child she is bearing may have many terrible secrets. She asks her detective boyfriend, Lee Kang Jae, to investigate the father of her child. If you are curious to see what Lee Kang Jae digs up about the dashing CEO of Diamond Cosmetics, then make sure to mark Woori The Virgin Episode 3 release date on your calendars!

The original broadcasting network for the remake of the mega-popular 2014 American series ‘Jane The Virgin’ is SBS. Additionally, this kdrama consists of only fourteen episodes. Fans who have watched the American version are also curious to see how the brilliant screenwriter Jang Ah Mi is going to sum up five long seasons in just fourteen episodes. Woori The Virgin Ep 3 will be airing at 10 pm according to Korean Standard Time this Monday on SBS. For international viewers, the timings are 6:30 pm in India, 9:00 am in the US, 9:00 am in Canada, 2:00 pm in the United Kingdom, and 11:00 pm in Australia. Viewers who wish to stream Woori The Virgin Episode 3 online can watch it on Rakuten Viki, where it will be available with subtitles in multiple languages.

After the entertaining one-hour-long Episode 2 of the K-Drama, Woori The Virgin blessed fans with a fun preview. Contrary to what people think, Raphael is not a new person in Woo Ri’s life, and they may actually be destined to be together. He was her first kiss, and when he saw Woo Ri’s hilarious attempts at hiding her face during the meeting, Raphael thought she was a girl he met at the club. Little does he know that Woo Ri comes second only to Virgin Mary. Now that Woo Ri has made the difficult decision of raising the baby, she will be seeing Raphael more often than she might like. Will this cause a hindrance in her and Lee Kang Jae’s relationship? will Woo Ri change her decision once she discovers what kind of a man Raphael actually is? Do not miss out on Woori The Virgin Episode 3 if you want to see what happens next in Woori’s climatic life.