Left with no option, Lala Kent moved out from Emmett's house, in order to protect her 7 month old daughter. 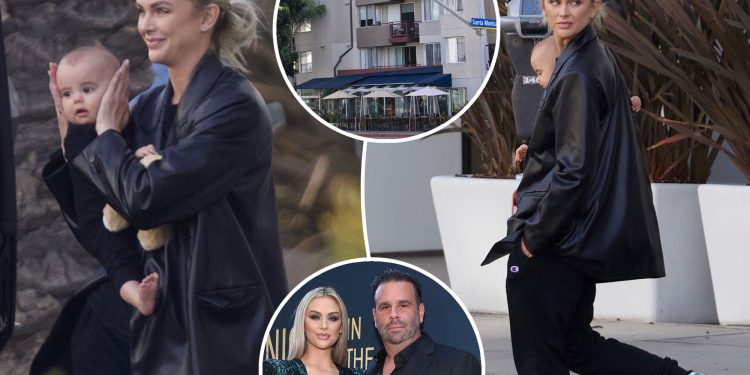 After Kevin Hart, it’s Randall Emmett who’s gaining all the media attention with the cheating scandal. Know that Randall Emmett is an American film and television producer born in Miami Florida. He hails from a Jewish family and was born on March 25, 1971. As of 2021, Randall is 50 years of age. Randall completed his education at the New World School of Arts and the School of Visual Arts. Fans recently speculated on Randall and Lala’s breakup. As per the rumors, Randall’s cheating was a major reason behind the split.

Here in this article, we will get to know everything about the Randall Emmett cheating scandal. Fans raised many questions over the entire cheating. Here in this article, you will get all the answers to all your questions. The duo recently welcomed a baby girl this year. As of now, she is staying with her mother Lala who left Randall’s house. They have ended their three years long engagement, following all this chaos.

As per Lala Kent Randall’s long-term girlfriend and fiance, Randall was spotted with two girls. A fan spotted him in a room at the Thompson Hotel in Nashville who then posted all the photos on Randall on social media. Following which she had no other option rather than to move out, Both from the house and from Randall’s life along with her 7-month-old daughter. Kent confessed saying that currently, her only priority is her daughter’s safety. After moving out of the house, Lala headed to a Hotel breaking all links with her husband for now.

31-year-old Lala recently appeared on the ‘Give Them Lala’ podcast. In the show, she spoke about the Vanderpump Rules and if she would address her breakup on camera. It was Lala who decided to put an end to her and Emmett’s engagement, whereas Emmett never wanted to end it. Lala says that trust once lost cannot be earned back. Lala also made their breakup official on social media by deleting all his photos from Instagram. Kent was recently spotted in without her engagement ring on the streets of Los Angeles.

Randall Emmett’s ex-fiance Lala Kent is a famous American Actress known for Vanderpump Rules, which is a reality television show. Lala was featured in the fourth season of the series. Other than that, she also works as a businesswoman. Kent owns a makeup brand named Lala. Her cosmetic products deal in creams and glosses and all other skincare and beauty products. Kent is also a social media influencer with around 1.6 Million followers. Lala Kent works as a brand ambassador as well. She has various sources to make money which include acting. She also makes money through appearances in reality shows and her own business.

50-year-old Emmett debuted his career in the year 1995. He was hired as an assistant to Mark Wahlberg. After working with him for several years he came across George Furla. Later in the year 1988, they established the Emmett/Furla Films. Dubai-based film financier Oasis Ventures Entertainment joined Emmett/Furla in the year 2013. Following which the company was renamed Emmet Furla Oasis Film. Other than producing films and television shows Emmett has also played Poker for a long time. He owns four victories and a price worth $10,000 from a tournament at Aria Resort and Casino.

In 2009 he married actress, Ambyr Childers. The couple is the parents of two daughters. In the year 2015 Emmett filed for divorce which was finalized in the year 2017. That’s when Lala entered his life. Seems like the reason behind Emmett filing for divorce was his relationship with Lala. As they get engaged the same year, following Emmett’s divorce from his wife Childers. Lala and Emmett too have a daughter named Ocean, born recently this year. Emmett has produced several well-known films including Eyes Beyond Seeing, Speedway Junky, Escape To Grizzly Mountian, After Sex Held for Ransom, and more, but he is mostly known for his double standard in the industry.