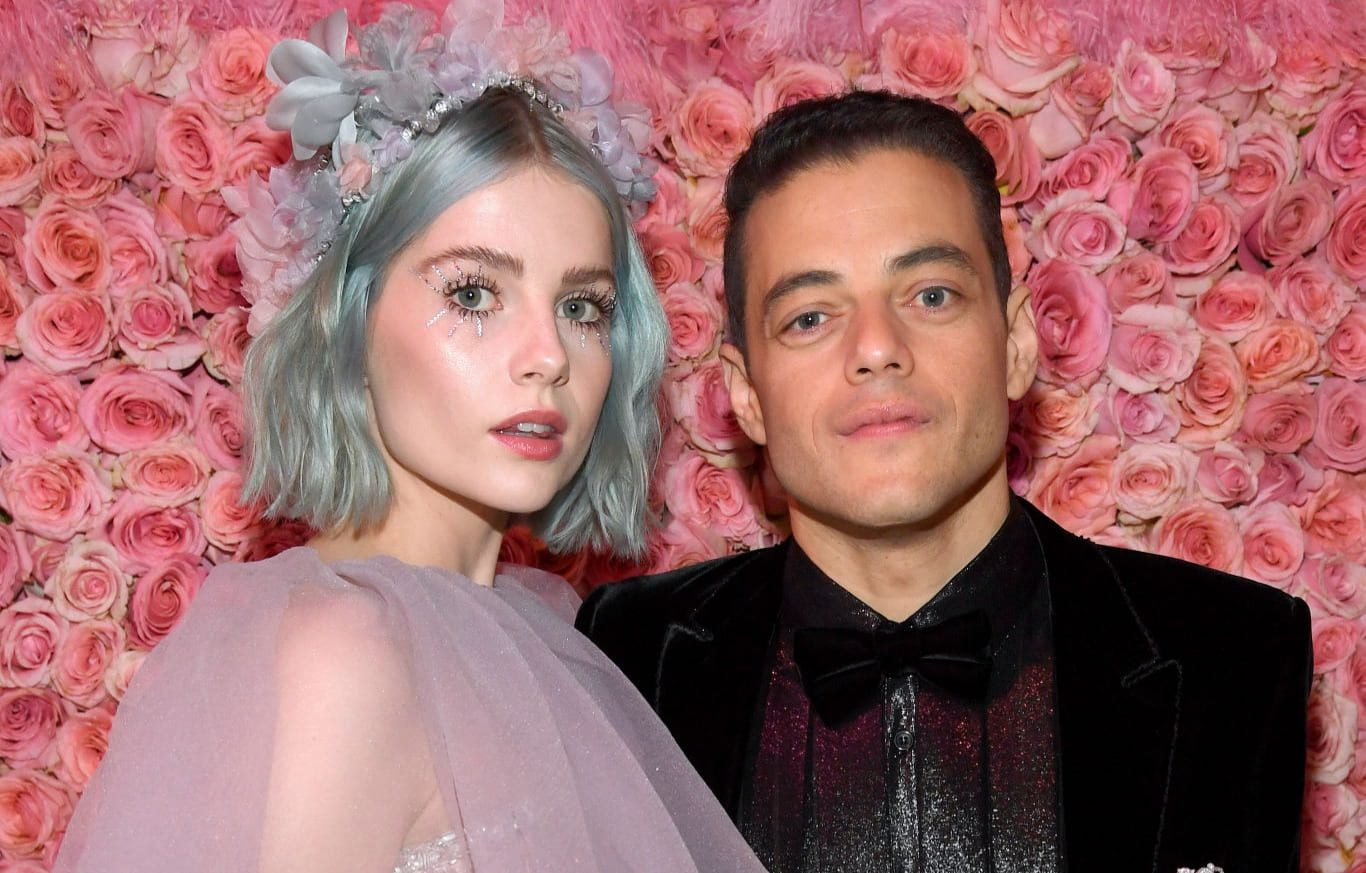 Who is Rami Malek Dating? He has been dating Lucy Boynton. Rami Malek is an American actor and producer; famous for acting in the biographical musical drama film Bohemian Rhapsody. The movie seemed a matchmaker for the couple. Rami and Lucy dated after filming Bohemian Rhapsody. The actor Rami became the talk of the town after declaring love for his beloved Lucy in front of thousands of people and cameras. How romantic it is when a celebrity expresses their feeling and love for the beloved ones in front of the whole public. That is what Rami did in 2018.

The actor, Rami Malek, has been working in the entertainment industry for more than a decade. He has been working as an actor, singer, and even as a voice actor. Malek has received and been nominated several times for his outstanding performance in Bohemian Rhapsody and Mr. Robot films. Like an excellent and shining star, he is on-screen; off-screen, he is a much more gentle and loving person to his loved ones. It was reported, Rami and Lucy have been dating for almost four years now. Even though he was spotted numerous times with his girlfriend, he keeps his dating life pretty much private.

Read Also: Who Is Yung Bleu Dating? A Look Into His Private Life

Who is Rami Malek dating?

Rami Malek has been dating Lucy Boynton since 2018. Lucy Boynton is a British American actress and has appeared in Sing Street, Ballet Shoes, Miss Potter, etc. Rami and Lucy first met while they were filming Bohemian Rhapsody in 2017. After filming, the pair began making red carpet appearances together. The duo made its first public appearance in January 2018 at a party in London for the ALEXACHUNG Fantastic Collection. The rumor of their dating began in April 2018, and the same month, Rami confirmed their relationship in an interview. The article stated that he seemed so into her and go and visits her in London all the time.

After publically confirming their relationship, the couple began showing little more affection for each other. The couple made various public appearances together like they attended Louis Vuitton and Virgil Abloh London pop-up, the Governors Awards. After a year or so, Rami’s first love remark attracted massive attention. The couple walked on the red carpet of the Palm Springs International Film Festival in January 2021. After accepting his Breakthrough Awards, he mentioned Lucy Boynton in his acceptance speech: “Thank you, Lucy Boynton. You have been my ally, my confidence. You are my love; I appreciate you so much.” Anyone would fall for such a gentleman after delivering the loving speech.

Since then, the couple has been seen attending various public events or walking down red carpets. In several interviews, the couple has revealed short glimpses of their love life. Malek mentioned that his girl is a bath taker and brought her necklace and perfume-like deodorant. Even Lucy has stated that they have been through thick and thin together. The couple is secretive and shows less PDA, but in reality, they are as loving as other couples but keep it private.

The couple has been dating for four years. Early this year, there were rumors of them splitting, but Malek confirmed that their romance is still good. He even traveled to see her and photographed spending time together at the Hotel Esplanade in Zagreb, Croatia. Fans are rooting for this lovely couple and hope they will stay together for long.

Rami Said Malek was born on 12 May 1981 in Torrance, California, to Nelly Abdel Malek and Said, Malek. He has a twin brother Sami who is four-minute younger than him, and an older sister Yasmin. Rami attended Notre Dame High School. During his school, he had a hard time due to cultural differences. Until highs school, he did not have the confidence to correct people who mispronounced his name. Later on, with positive support from his parents, he decided to pursue an acting career. In 2003 he completed his BFA from the University of Evansville.

Malek began his acting career by getting his first role in the sitcom Gilmore Girls. His first debut film was Night at the Museum in 2006. Afterward, he performed in more than 20 films and 10+ television shows. He has also done theatre performances and even worked as a voice actor. He is well known for acting in Bohemian Rhapsody, Short Term 12, The Master, Papillon, etc. Rami Malek is the recipient of 14 awards and was nominated for 46 for his outstanding performance in Bohemian Rhapsody and Mr. Robot. He is one of the growing stars who have a more bright future awaiting in front of him.

How To Watch Shaman King (2021) and Episode Schedule