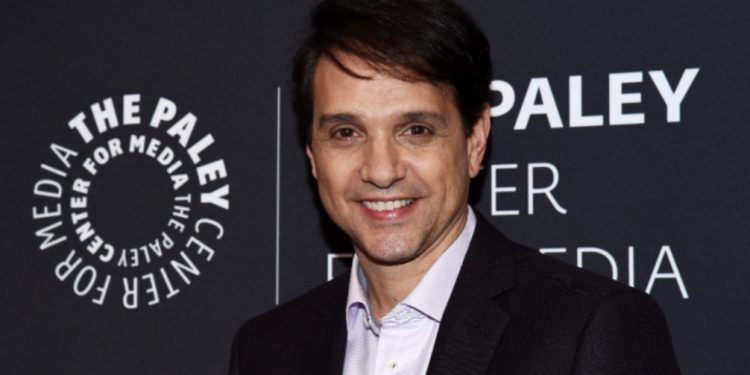 What do we know about Ralph Macchio’s Net Worth? How does he make millions? For those who don’t know about him, Ralph George Macchio Jr. is an American actor and producer. He gained fame with his roles in the film The Karate Kid and the series Cobra Kai. He is now 60 years old and has worked in a wide range of television series and films. Some from the list are – The Deuce, How I Met Your Mother, A Little Game, Can’t Be In Heaven, etc. Ralph Macchio hasn’t limited himself just to the film industry but also appeared in a few music videos about which we will discuss later on in this article.

Fans have shown eagerness in knowing who is the Cobra Kai actor Ralph Macchio romantically related to in 2021. Is he seeing someone, or single or already married and leading a blissful life with her? These are the questions that must have popped up in your head while thinking about her personal life. We shall also cover his family details. For more details about Ralph Macchio’s Net Worth, professional details, love life, you must read this article to the very end. Let’s start!

Also read: Ralph Sampson Net Worth: How Rich is The Former Basketball Player

The incredible American actor Ralph George Macchio Jr. (professionally known as Ralph Macchio) was born on 4 November 1961 in Huntington, New York, United States. Being 60 years old in 2021, as an actor, he is very hardworking. As far as his family is concerned, Ralph Macchio was born to his father, Ralph Macchio Sr., and his mother, Rasalie Macchio. He also has a sibling, whose name is Steven Macchio. For education, the actor attended Half Hollow Hills Central School District, located in New York.

Looking at his career, some of you have surely assumed his earnings. Most of you have assumed it to be in millions. Well, Ralph Macchio’s Net Worth in 2021 is estimated to be $4 million. He earns mostly from films and series. Not only that, it is believed that he has earned quite a lump sum amount from the music videos he has worked in. Each episode of the series Cobra Kai has earned him $100,000. It sums up to $1 million per season of the series.

It was on 5 April 1987 when this versatile actress, Ralph Macchio tied the knot with Phyllis Fierro. Those who don’t know who she is or what does she do, she is a nurse practitioner. The couple welcomed their first children, a daughter in 1992 whom they named Julia Macchio. After four years in 1996, they welcomed their second child, a son, naming him Daniel Macchio. It seems like Ralph Macchio is leading a blissfully happy and healthy married life with his family of four (including him).

Wishing him and his family good luck for the upcoming days of his life.

Also read: Nathan Fillion’s Net Worth: How Much is the Firefly Actor Earning in 2021?