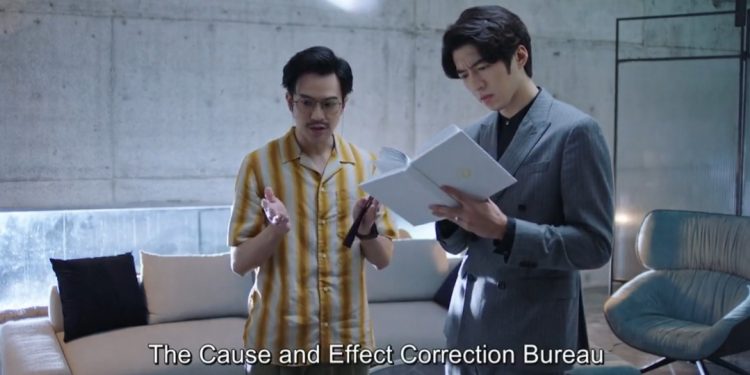 Rainless Love In A Godless Land Episode 12′ will head for yet another interesting storyline where the impact of the Reflection Of Time will be unveiled even more. Till now, the horrors of what the Reflection Of Time holds were known. However, now Orad got to know that besides the entire concept of the Reflection Of Time, something else is also part of the Kakarayan’s plan. After reading the timeline of Malusakadat, Orad realized that his and Xie Tian Di’s relationship is also a wish of the Kakarayan. Will Orad be able to accept it? How will Xie Tian Di react when she knows about this? Does that mean they were just pawns of the big picture that Kakarayan had in his mind?

Rainless Love In A Godless Land is truly a spectacle, where through every episode, a message is being given that how due to our negligible attitude, we are losing something extremely precious to us. The environment, which provided us with everything, still we as a race couldn’t give back in a way it was expected.

When Will Rainless Love In A Godless Land Episode 12 Release?

Rainless Love In A Godless Land Episode 12 will release on 26th December 2021. With Xie Tian Di trying to stop the happenings in the Reflection Of Time, what will be the next plan of the Kakarayan? What will Fali do if she senses something like this? The Taiwanese drama has a total of 13 episodes.

How To Watch Rainless Love In A Godless Land Episode 12?

Rainless Love In A Godless Land Episode 12 will be aired on its original network channel iQiyi. For the international audience, the drama is available for streaming online. Every Sunday, a new episode gets telecasted at 5:30 pm IST. For USA and Canada, it will be available at 7 am. For Australia, it will be 11 pm, and for the United Kingdom, it will be 12 pm.

Malusakadat is responsible for keeping records of every occurrence that will happen. She wanted to leave no stone unturned for the incidents in the Reflection Of Time to take place. Orad had been beside Xie Tian Di since her beginning. Meanwhile, at the hospital, finally, Xie Tian Di’s grandmother recovered. However, the woman from the hospital with whom Tian Di engaged in a dispute couldn’t forget how she didn’t help her son and husband. When she saw Tian Di helping others, she asked her who gave this authority that gets to decide who lives and who doesn’t?

Fali had messed up with Orad’s memories. That’s why with his tampered memory, he cannot remember some of the incidents. Li Pu Hui got to know something about himself. When he confronted Fali about it, he told him to pass through a mysterious door. Li Pu Hui saw a pitch dark forest where the necklace, which defined that they were Kawas, was in the ground.

Upcoming Storyline Of Rainless Love In A Godless Land Episode 12

With Li Pu Hui knowing that in reality, he never had any existence, that’s why he didn’t have the necklace given by Kakarayan.

Is Orad also a made-up character, just to fit into the Kakarayan’s plan? Is the love Xie Tian Di and Orad feel for each other just a mirage? Well, one thing is clear that Fali has a huge role to play here as he was the one who made Orad see the Reflection Of Time. The upcoming episodes will be high on emotional drama, and we will see what the next plan of the Kakarayan is.

Also Read: ‘Snowdrop’ Everything You Need To Know About The Cast Of This Splendid Kdrama

Will Luffy Surpass His Limits In One Piece Chapter 1037?