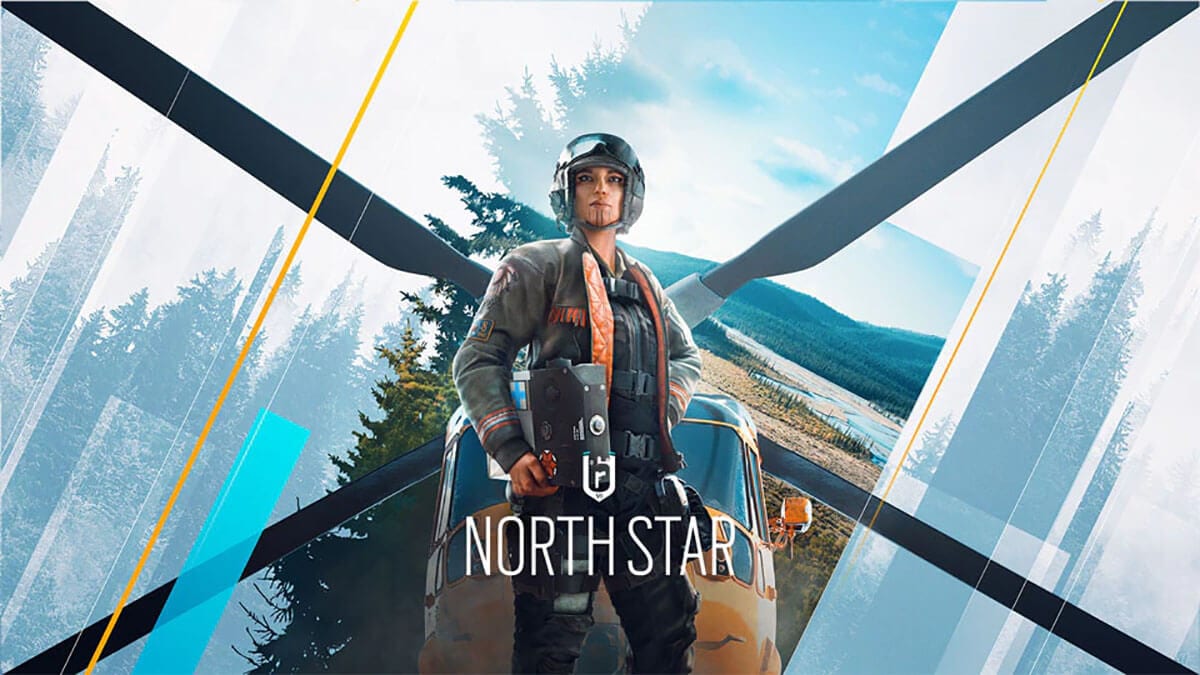 Rainbow Six Siege North Star is on the horizon as the game has been on a six-year run now. Even so, the game is still pushing out new content for its players every season. Rainbow Six Siege Year Six Season 1 Crimson Heist is soon about to be over. And the forthcoming update and new battle pass are about to be stacked with a new operator Thunderbird, new attachments, Operator buffs, and other patch notes to balance the game as well. Now that Ubisoft has revealed much more data regarding the North Star let’s look into Rainbow Six Siege Y6S2 Release Date. And while we are at it, let’s look deep into other features that will be accompanying the forthcoming season.

Tom Clancy’s Rainbow Six Siege is Ubisoft’s online tactical shooter game that has the players face each other in an array of situations. Unlike other shooter games, Rainbow Six Siege has much emphasis on the environment. One can place tactical bombs to breach in a room, send in drones to survey, place barbed wires as traps, etc. The game modes themselves include missions to rescue a hostage, defusing a bomb, and even taking control of an objective. While this may seem similar to Valve’s Counter-Strike, Ubisoft’s Rainbow Six Siege is way above in its realistic sequences. While the game does not have a campaign mode, it trains its players through Situations, preparing them to play in the Online 5v5 modes. The game is now available for purchase on Steam, Ubisoft Store, and Microsoft Store.

Rainbow Six Siege Y6S2 is set to be released on 14th June 2021. Thi season is about to be called North Star as it will include the Operator named Thunderbird. While there is some time for the new season to come out, players can test out the new content and features. This can be tried early using the test servers. Players can try this out now as test servers were made live from 25th May 2021. But this is only available for the players who own the PC versions of the game. Here, you can download the free test servers for free to try out the new features. While all of them may not be available, the majority will be. But do keep in mind that the season isn’t out yet, so the features may have some glitches in it. 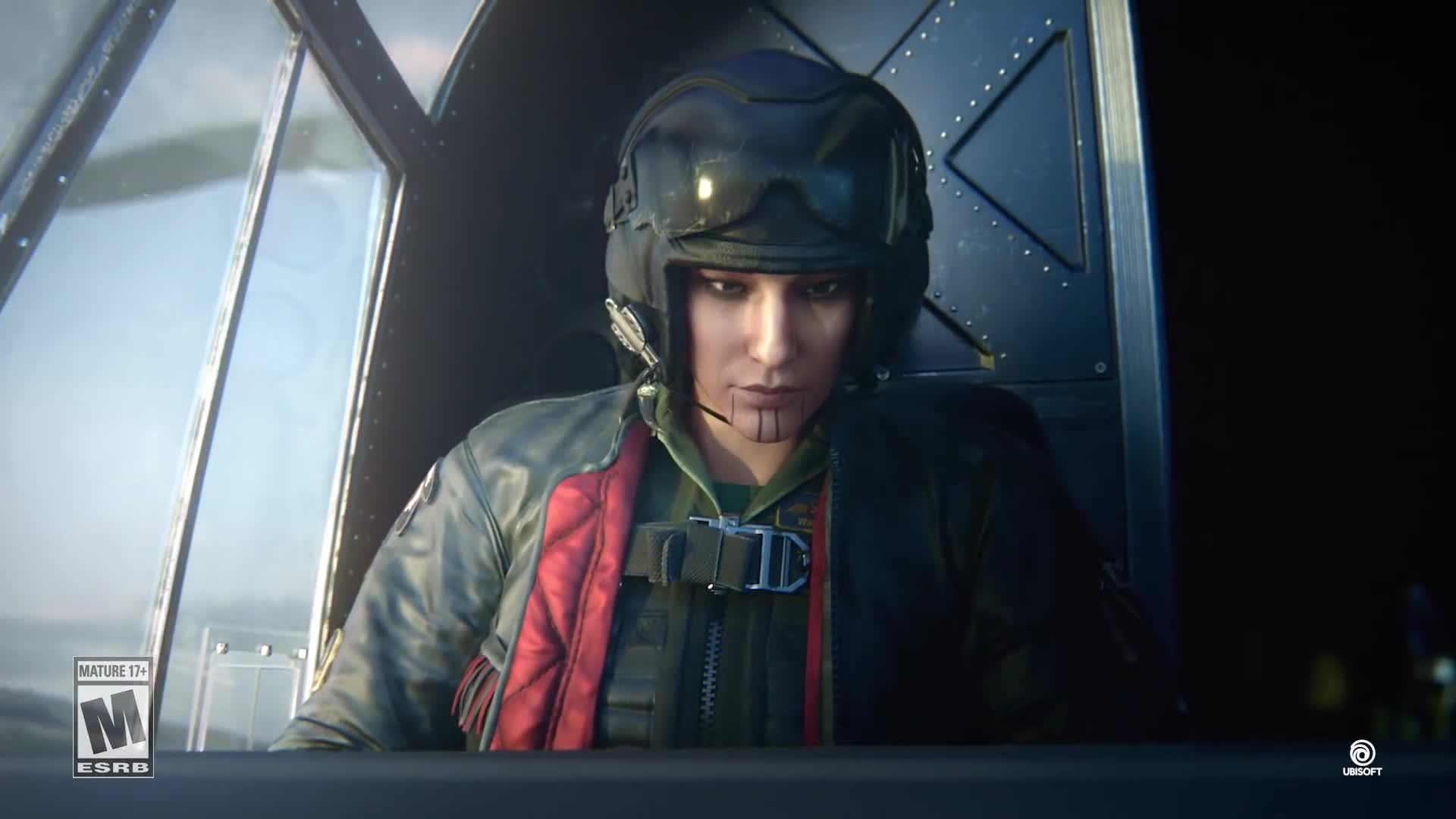 Rainbow Six Siege’s new operator will be called Thunderbird. She will be a defender operator set to provide healing for both defenders and attackers. She is a Canadian Operative who provides support to her teammates by deploying Kona stations. When these health stations get ready, they give out a health Post that can be collected by the operatives by entering its radius. If there are multiple operatives, the health body goes to the one with the lowest health. If an operative has full health, the Kona station can overheal them by filling a blue bar. This bar will deplete over time. That’s not all, as Kona Station is also able to revive downed players if they reach its radius.

After the Kona Station helps someone, it goes on a cooldown. This cooldown is indicated by a timer for the defending operators when the attacking operators observe a blue cone. But one must stay vigilant as a Kona station can heal anyone and not just your teammates. While one can destroy the gadget using bullets, it is advised they do it by Thatcher’s EMP. Doing this gives the user a health boost. Thunderbird will be made available to the players who bought the battle pass. The same can be purchased by everyone three weeks later, from 6th July 2021, through Renown or R6 Credits.

The weapons used by Thunderbird are: 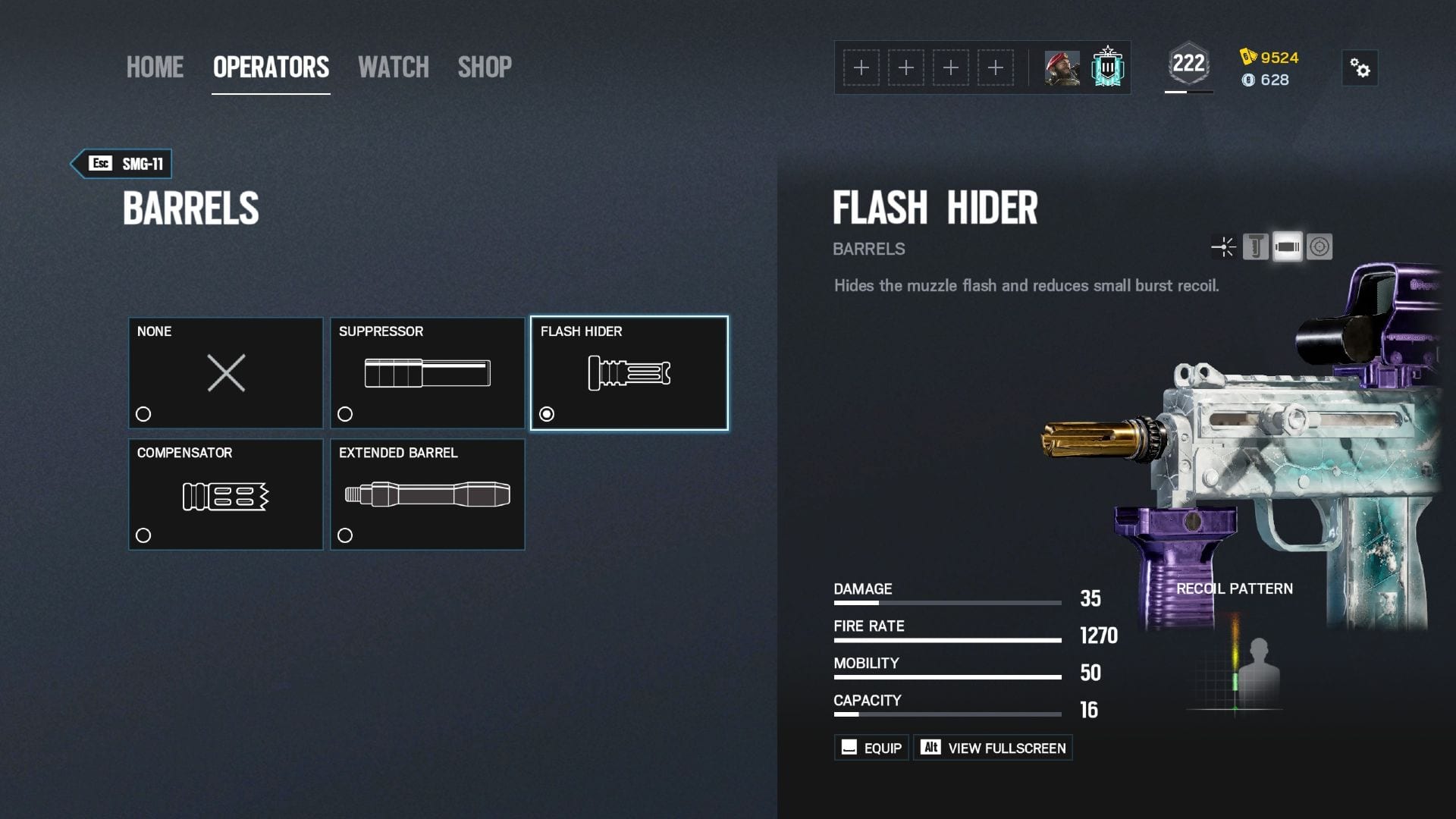 There have been a variety of Barrel Attachments that have been updated. These will help keep the player’s recoil in check while letting them go where the user wants. Compensators will now limit the amount of movement your weapons have, as they move left to right while shooting. Flash Hiders will supposedly decrease the kick weapons have as they move slowly up with the recoil. Finally, Muzzle breaks will help quickly recenter one’s bullet shots. All of these provide the players with new possibilities in the loadout and better armaments as they head to the field.

Firstly, from now on as a player dies, their body will hit the floor, after which a translucent operator icon will appear over them. This is to eliminate any chance of confusion caused by dead bodies of players appearing differently to everyone.

And now, when a player dies, they can skip the first-person animation along with slow motion closeup replay. This was done to keep the players in the flow of action.

Also, if you die while being an attacker, you will be able to use a drone to move through the map. These drones will have a separate antenna for the opponents to help identify if the drone is an alive or dead operator. 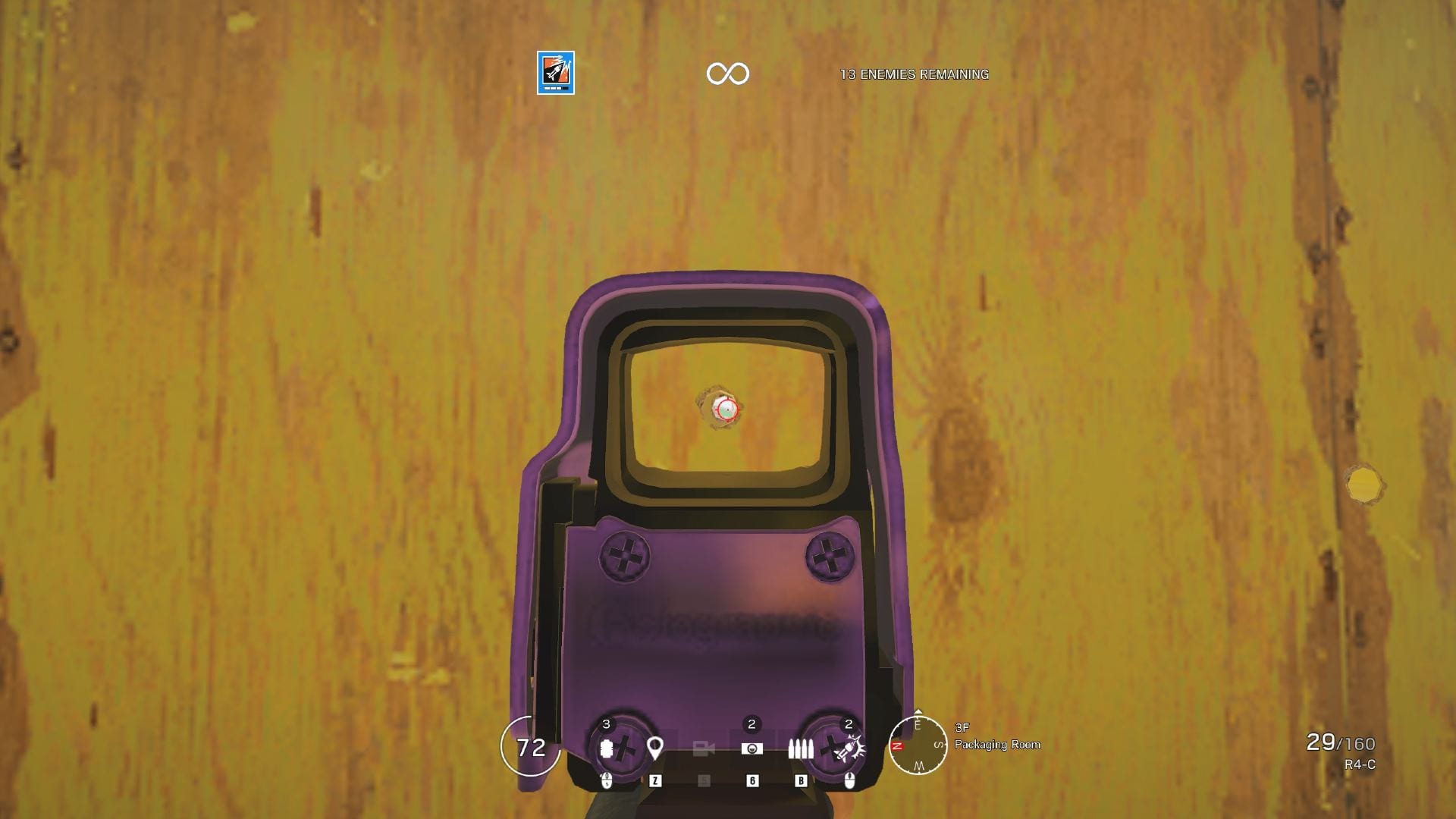 Previously, a single bullet shot in a weak surface was just enough to possibly keep an eye on the adjacent room. But this was leading to unfair gameplay scenarios where players would often camp in the entire match. To avoid this problem, Rainbow Six Siege North Star will have the line of sight through weak surfaces caused by a single bullet to be removed. And if one wants to look past a wall, they will have to create a bigger conjuncture. This forces players to come out with better strategies to eliminate their opponents. Note to the players that this will not be the same for materials like window glass and barricades.

Smoke system: The smoke system has been tweaked to not pass through walls. This is more realistic as it has a more natural spread of gas. The gas canisters have a new sound effect while the gas itself gives damage of 15 HP per 0.66 seconds you stay inside the gas cloud.

Glass Shattering Mechanics: Melusi’s banshee devices will no longer be bulletproof as they can now be destroyed by shooting at them. This will help the attackers get rid of any internal meddling. Similarly, even Mira’s black mirrors and Maestro’s evil eyes can now be shattered by either shooting or melee attacking them. This will not destroy the device but make the screen opaque for the user. The shattered glass will appear as it will be deemed useless. The Evil Eye itself will have to be opened in order to see through and use the device. 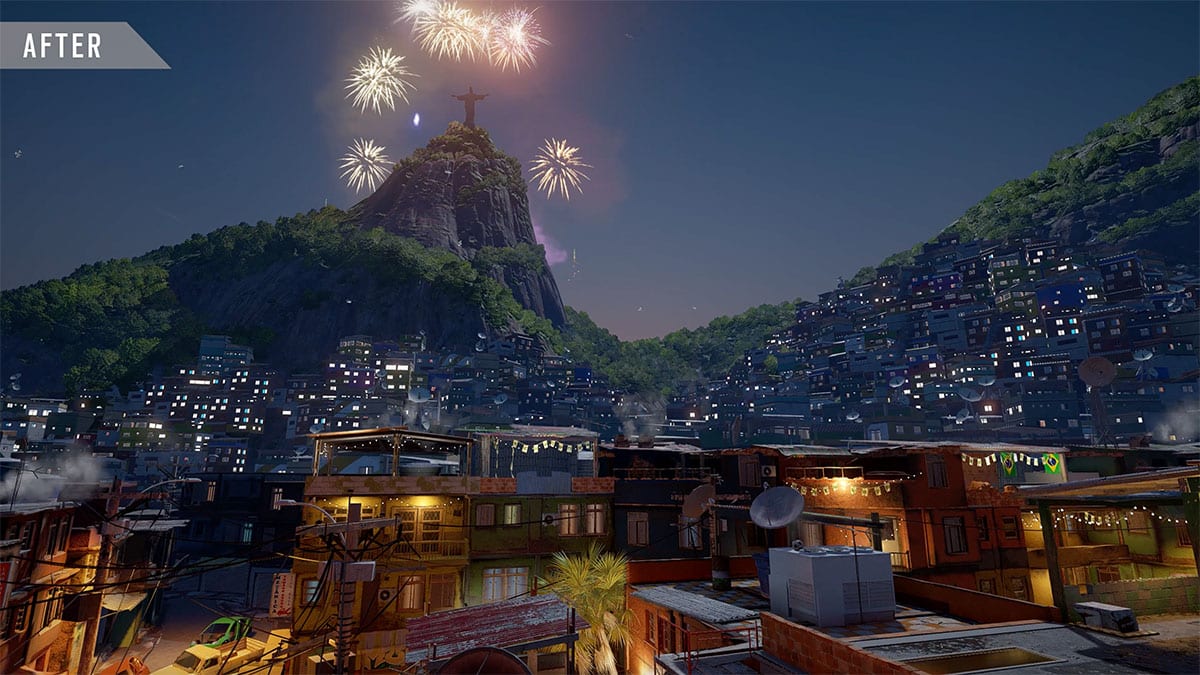 Lastly, Rainbow Six Siege North Star will be overhauling a rework of the Favela Map. Earlier, this map used to have weak walls and convoluted floor plans giving the attacker the advantage, but now this has been balanced out. Except for one of the walls, no other walls on the map are destructible anymore. And even the whole interior floor map has been changed. One should also see that they can use their drones much more easily. But there will be no stairways to enter the building from the ground floor. Even the time the map is set has been changed as now it will be taking place at nighttime with fireworks in the sky. The only entry into the house is from the two entry points at the roof of the house. While one can also shatter windows and breach in through alternate paths.