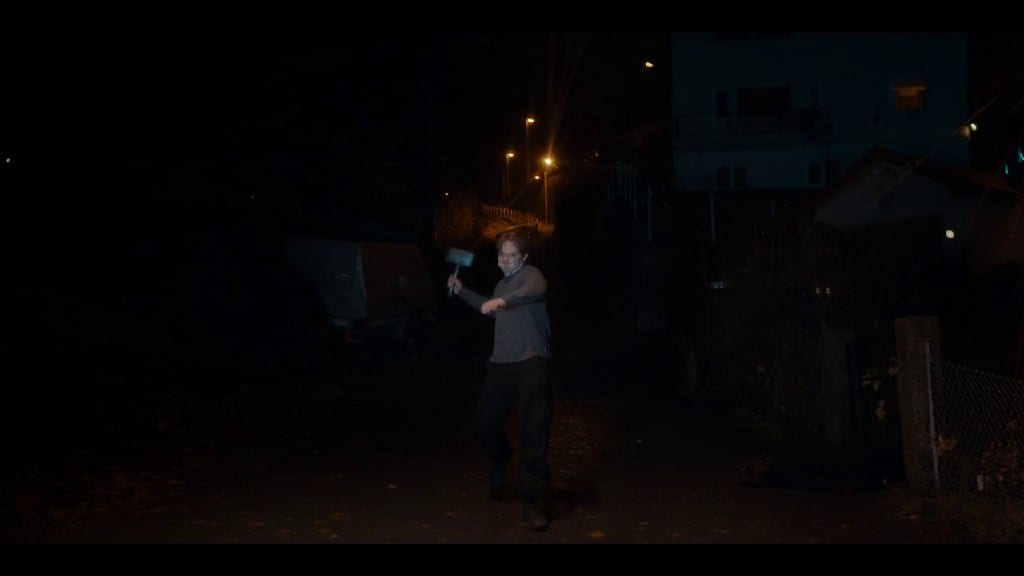 Ragnarok came back to embrace us with another season as Magne’s hunt to take down the Jutuls continue. This time him acknowledging his powers back as he looks for Thor’s mighty weapon Mjolnir. As he tries to embody the god of thunder’s mantle, he finally manages to take down Vidar in the process, but this also leads to him losing his powers. Thus a journey to the Mjolnir and joining him is a group that believes in him. While Thor’s presence is felt, Ragnarok kept hinting about Loki’s presence as well as the season came to wrap up by the end.

The finale of Ragnarok saw Magne breaking in Jutuls and picking up the Hammer, and soon learning to use it. On the other hand, despite a backlash, the Jutuls gained the upper hand as they decide to cease operations in Norway. They also found out how someone broke in and revealed their secrets which led them to go after Laurits, who seems to be the evident person behind all this. But now, as Magne has his weapons in the hand, he can take them down easily. So what went down? Did he take them down? What is Laurits pet all about in the end? Plus, has Laurits joined hands with Fjor and Ran?

What Went Down In The Finale of Ragnarok Season 2?

The finale of Ragnarok Season 2 opened to describing Thor’s hammer, and we move into Magne and his group. They plan to break into the Jutul industries at night. Magne managed to get the key from Laritus, as seen in the flashback. So breaking into the industry led them to find a dungeon where the weapon can be forged. So the guys are led to the basement, where they find the hammer and began forging it. Iman keeps an eye on it until Fjor arrives, which leads to a fight between them. 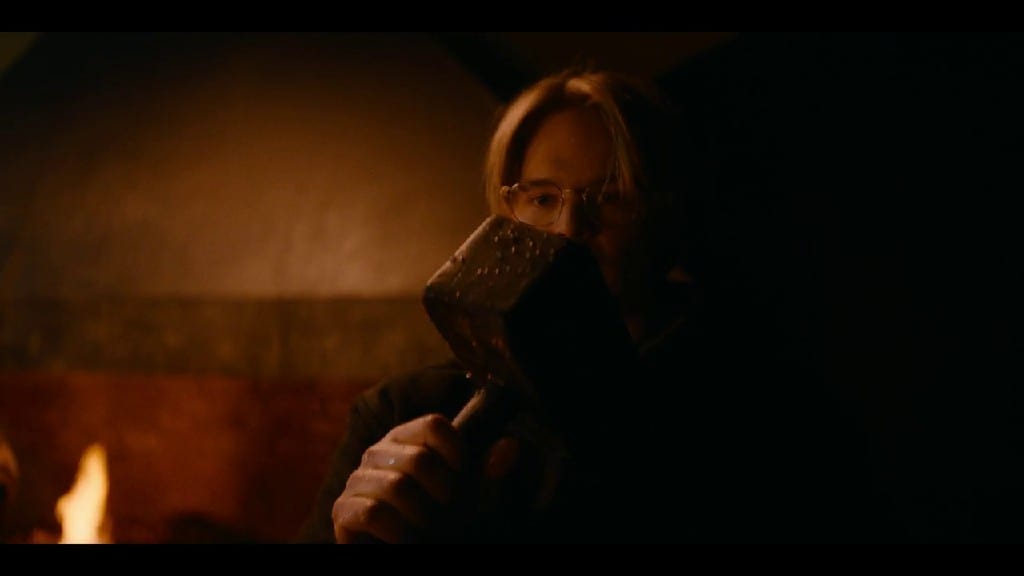 Fjor takes down each and every member as Magne makes the escape with the hammer. Magne makes it home to see Turid and Laurits surprise him with a birthday party. While they settle down, Magne listens to his group getting arrested at Jutul industries on the radio. Magne confessed to going to the protest he made up but managed to escape. So Magne takes the leave to test the hammer only to realize the Mjolnir doesn’t work after all the work they tried.

As he informs Iman, she asks him to get it working. Meanwhile, Magne and Laritus go out to get the treat of birthday as in burger. They come across Signy as well to find out on TV that Jutul might be falling down after all. Fjor hopes to move to Asia while Magne figures out the powers. Halvor and Imam get a send-off, whereas Laritus has got a pet at home. Watching Jutul Industries win anyway by ceasing operation irks Magne until bad weather breaks in. Thus the hammer starts moving as Magne picks it up, and Laurits observes him. Thus realizing Magne lied. 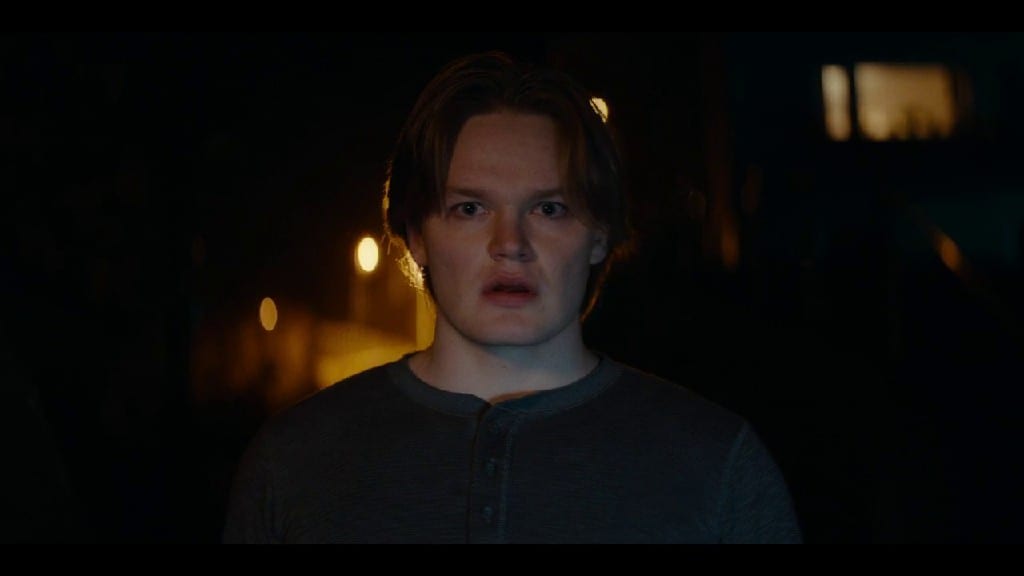 Although Magne and Laurits are at crossroads. The hammer is working now as Magne tests it outside. So he plans to go and confront Jutul on his own. On the other side, Saxa is confronted about who broke into industries. As the key used is the one that can only be found from Laurits and Saxa is the one who gave him the key in the first place. Fjor and Ran promise, they both will be punished as Magne makes his way to Jutuls. By then, they are gone with a beaten-down Saxa alone.

Talking with Saxa results in her offering to join hands with Magne until Magne realizes it’s just gameplay to take the hammer. During the struggle, they eventually end up making love, and finally, her revealing Fjor and Ran went after Laurits. Back at the house, Fjor and Ran hunt down Laurits, eventually beating him down. Laurits also mentions a deal stating he has one creature that can take Magne down, as in the Midgard Snake called Jörmungandr. 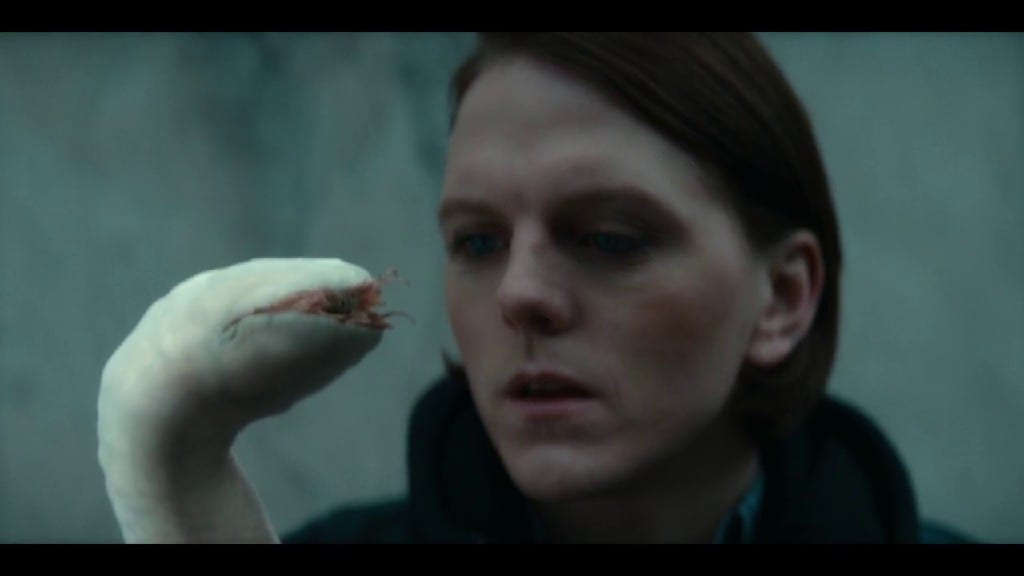 Magne makes it in time and sees his lying-down brother. Fjor and Ran are about to charge at him with the car. Until Magne takes the hammer out, which leaves Fjor in shock. The hammer thrown causes immense destruction 0f Fjor’s car and him running away. Thus establishing Magne is out there to take him down now as he saves his brother. The final moments see Laurits training his Midgard snake with Ran and Fjor looking on. Probably the deal has been made, and they have the upper hand on Fjor if there is a season 3 coming. All because of help from Laurits’ snake. After all, Laurits represent Loki, and we all know the mischievous nature of the god.