Rachel Nichols Net Worth: How Rich is ESPN’s Sportscaster? 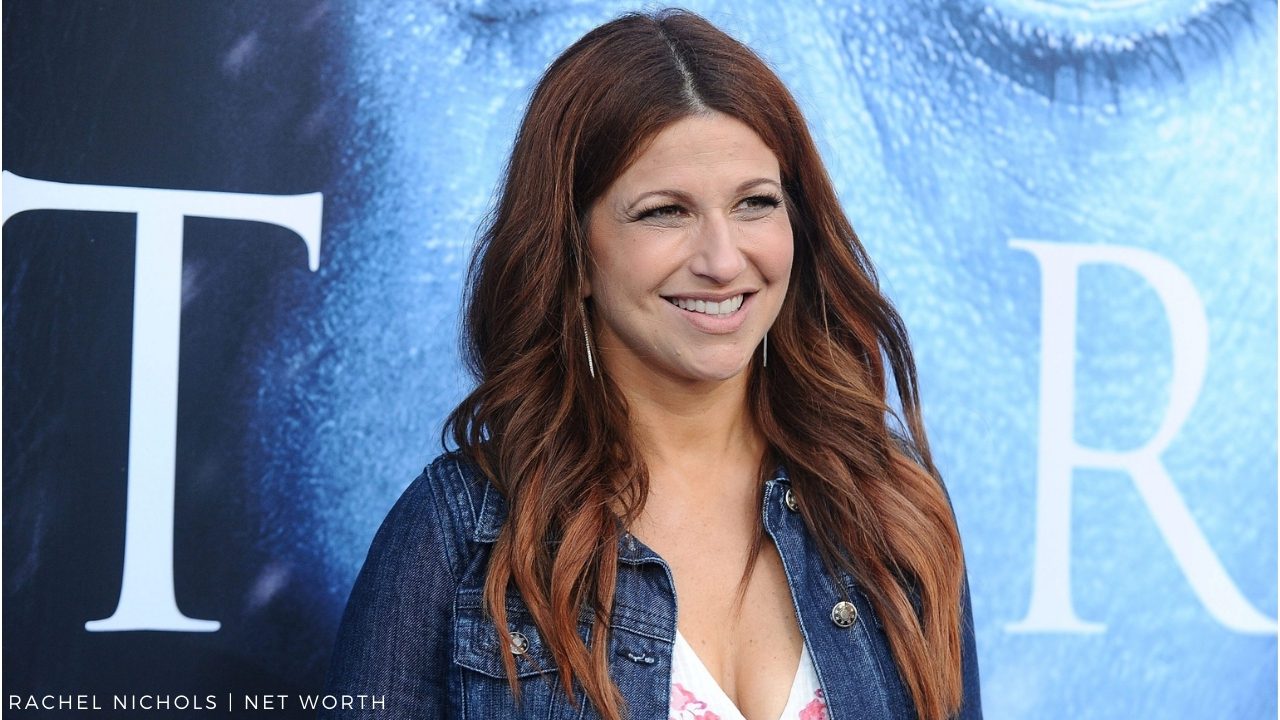 47-year-old Rachel Nichols is a well-known personality in the television world. She is an American sports broadcaster and an NBA host. Her achievements are well-recognized in the premium sports channels of America. Nichols is best known for her Talkshow titled “The Jump”, covering tip to toe of the NBA world along with many NBA players and analysts. She is quite popular for her endorsements, too, which includes hefty support from ESPN, along with which her other endorsements include the most influential show brand “Nike”. Her inclination towards the shoe brand known as “Jumpman” is quite obvious if you go through her Instagram posts. Her endorsement for Nike fuels her accounts for the extravagant lifestyle she lives in.

Being one of the well-known personalities in the broadcasting realm makes her fall under the constant radar of media. Her salary, fortunes, achievements, net worth are some of the aspects that are constantly monitored by the media. We are here to discuss the same. So, let’s take a quick peek inside and figure out the net worth of Nichols.

Rachel Nichols is referred to as the powerhouse of reporting. A name that genuinely suits her with all the hard work and passion toward from her towards her profession. Talking about then, Nichols has a net worth of $10 million as of 2021.

Her net worth covers all her endorsements and earnings from various shows done by her. Nichols began her career in the early 1990s. Her enthusiasm for journalism and her profession as a journalist laid down the path for her success in the realm. With her constant hard work and immense skills, it didn’t take her long to emerge out as a sensation in the broadcasting realm. Nichols also wrote in the sports section for Fort Lauderdale Sun-Sentinel for a year i.e., from 1995 to 1996.

Later in the year 1996, she started covering the news of the NHL’s ice hockey team Washington Capitals for the daily newspaper Washington Post.

She worked for 9 years with ESPN and bid goodbye to it in the year 2013. Nichols joined CNN and became a popular face with her show titled “Unguarded with Rachel Nichols”. She was all in the headlines and in the limelight when she rejoined ESPN in the year 2016 as a co-host of the show titled “The Jump”.

She started working with ABC after three years and started hosting Saturday Primetime and the NBA Finals. Apart from these, her comedy sports broadcasts are also quite popular for which she worked as a recurring guest host. And, hosted “Pardon My Take” and a TV Show titled “Pardon My Interruption”.

Adding her earnings from the show “The Jump” and other shows her current salary is known to be around $1.5 million. The surprising fact is that this amount is only calculated from her earnings with ESPN. We don’t know how much she earns with other endorsements she is engaged with.

ALSO READ: Rachel Maddow Net Worth: How Rich Is The MSNBC Host?

Rachel Nichols: What else do we know?

Rachel Nichols was born in Potomac, Maryland in the US. For her academics, she graduated from Winston Churchill High School in 1991. Later, she joined the Medill School of Journalism at Northwestern University.

In 2001 she married Max Nichols, a film and music video director. He is the son of a movie and theatre director Mike Nichols.

Very little is known about her personal life to the media as her early life was pretty much conserved in her birthplace Maryland. Nichols is known for her straight questions, covering not only topics related to NBA but also many other aspects revolving around society. She is globally recognized for her tough interviewer persona.

ALSO READ: Rasheeda Frost Net Worth: How Much Does The Rapper Make?

Shannon Beador Boyfriend: Who Is The Actress Dating?