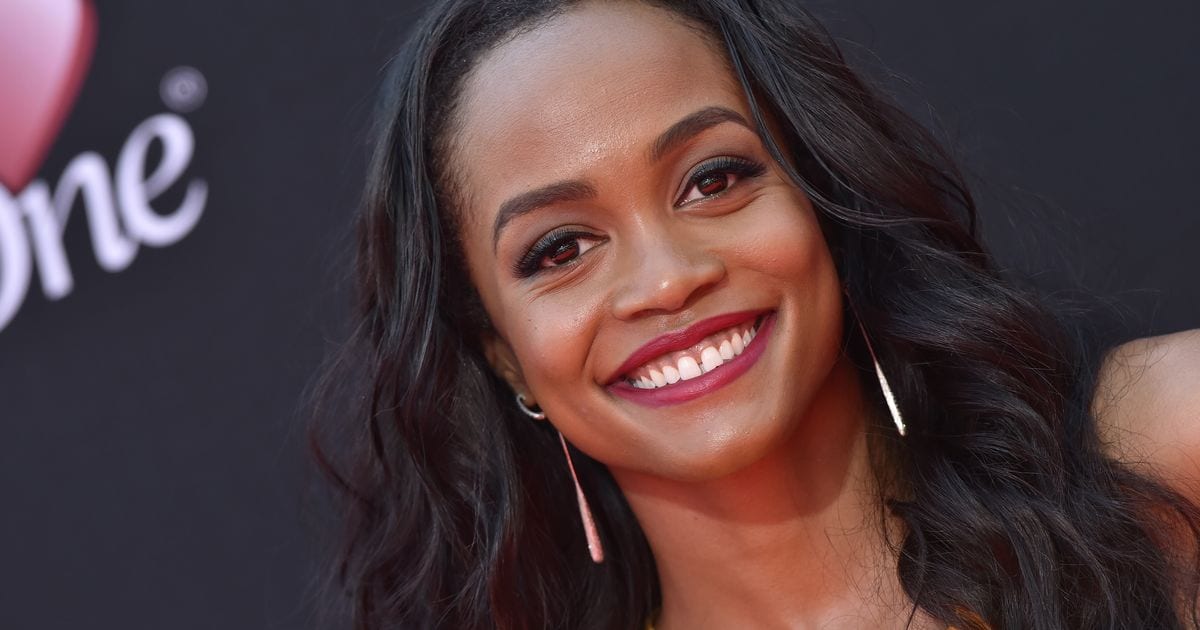 In a recent interview, Rachel Lindsay has shared her feelings and views of her time in ‘The Bachelorette’. The American television industry is donned with amazing shows. Likewise, there are dozens of reality shows which have made their way out. These shows have been a part of the world’s entertainment. As a result, every little information about the show is deeply discussed. One such show is “The Bachelorette”. The show has been among the best shows ever made by the television industry. Likewise, the show’s thirteenth season saw a famous American attorney on the screen. She is the topic of discussion today. Well, she is none other than Rachel Lindsay.

Rachel Lindsay was not only the lead contestant on the thirteenth season of The Bachelorette. Also, she appeared in the 21st season of The Bachelor. She rose to fame with her appearances in both shows where one is the spin-off of the other. Likewise, she is an attorney hailing from America. Lindsay is a famous media personality as well. Since then, Rachel has been a popular name on the internet. Likewise, her statements are widely followed by the netizens. 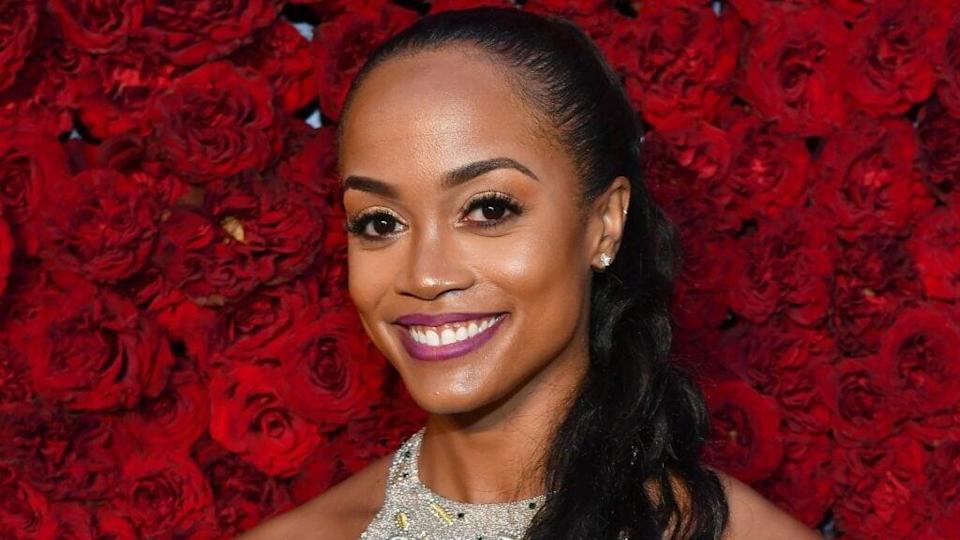 Recently, Rachel opened up about something related to the Bachelorette franchise. As a result, a huge chaotic situation was created on the internet. After her appearance on the shows, Lindsay was in contact with the franchise. Likewise, she co-hosted a podcast “Bachelor Happy Hour” alongside Becca Kufrin. However, things are a bit different now. In a recent interview, Lindsay opened up about the feeling of getting exploited during her collaboration with the franchise. The netizens are curious to know more about the issue. Therefore, in this article, we will talk about why Rachel Lindsay felt exploited. Here’s what we know about the issue.

Why did Rachel Lindsay from “The Bachelorette” felt exploited?

Rachel Lindsay has become one of the prominent names in the history of reality shows. Lindsay was a part of the original show. In the meantime, she also appeared in the spin-off series. As a result, her fandom crossed all the boundaries. Over the years, Rachel was a part of the franchise. Recently, she was co-hosting the “Bachelor Happy Hour” podcast. However, she left the franchise about a month ago. Since then, the netizens were curious about the reason behind her step. Seems like now we have the answer. In a recent interview with a magazine, Lindsay revealed that she felt being exploited. 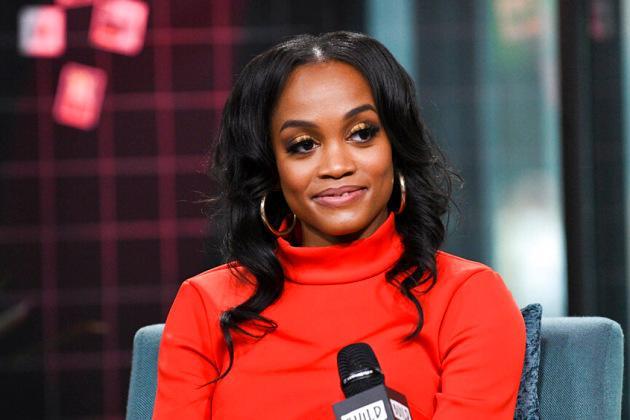 Lindsay felt exploited on working with The Bachelor franchise

Yes, you heard it right. Rachel Lindsay felt exploited working with the Bachelor franchise. She recalled her times on the show. According to Rachel, the Bachelor society or klan is a group of people who are afraid of change. Likewise, she said that they discriminate against people of the basis of color, caste, and creed. Moreover, the color of the eyes is also a way of depicting the candidates. She called them racist. Moreover, Lindsay recalled that she needed to defend herself all the time. Rachel was the first black Bachelorette on the show. However, she felt exhausting to stand for herself in front of a toxic public and co-workers. As a result, she quit the show last month. 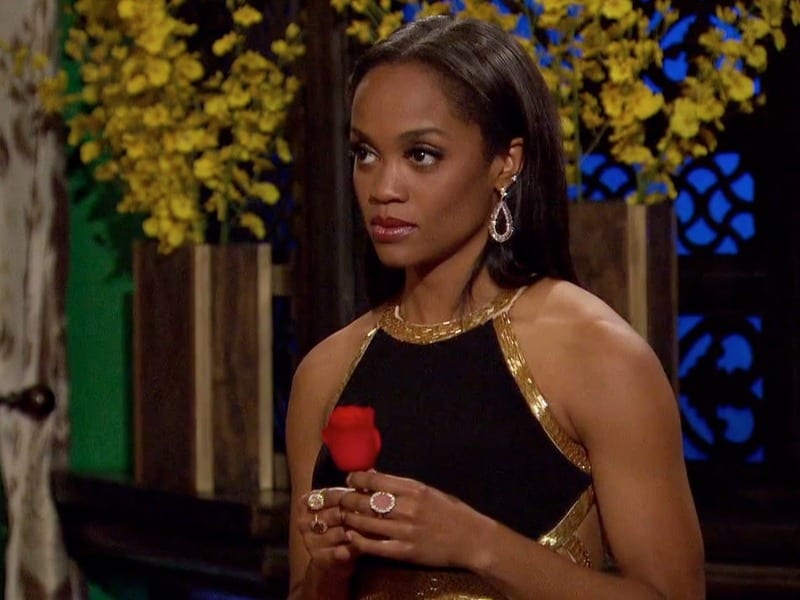 a still from The Bachelorette

Likewise, Rachel was exploited on various occasions. One of those occasions was the ” Hometown date with Peter Kraus” in The Bachelorette. Moreover, there were various situations. Lindsay joined the show as a chance of representing black women. In her interview, she revealed the toxic mentality of people. People who discriminate between Black and White.

Rachel was born on April 21, 1985. She hails from Dallas, Texas, U.S. ‘Lynn’ is her middle name. She completed her studies at the University of Texas at Austin. Likewise, she received the Juris Doctor degree from the Marquette University in Milwaukee, Wisconsin. Rachel married Bryan Abasolo in the year 2019. He was the winner of the 13th season of The Bachelorette. The 36-years-old Lindsay worked at Cooper & Scully, P.C, a law firm in America. 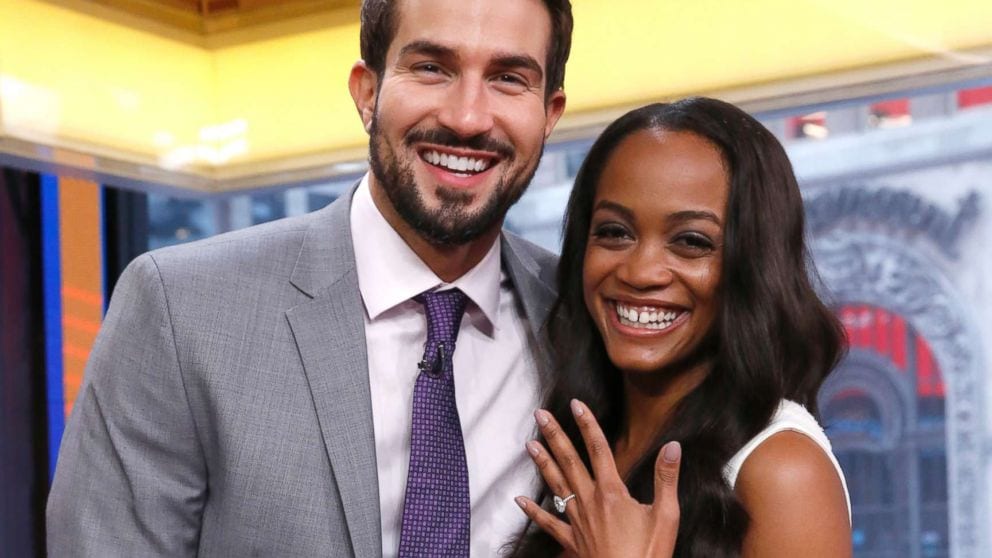 As of now, Rachel is a correspondent for Extra. In the year 2019, she was appointed as a special correspondent. However, in 2020, Lindsay was turned into a full-time correspondent. Likewise, she co-hosts another podcast. This is alongside Van Lathan. The podcast is titled ” Higher Learning”. It airs on The Ringer platform. You can watch the latest season of The Bachelorette online on ABC.

Also Read: Why Is Chyna Suing The Kardashians? Drama Explained