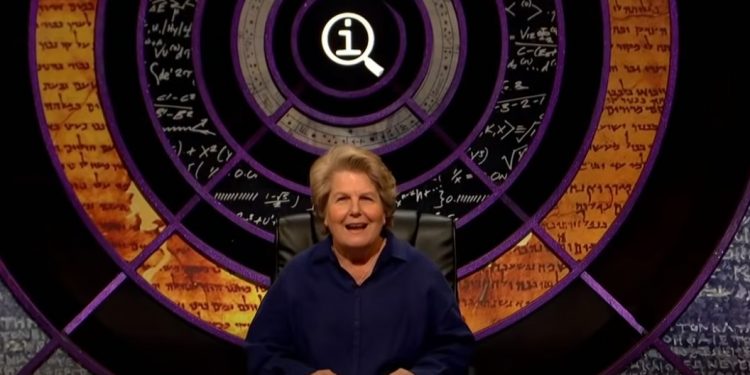 QI Season 19 Episode 10 will feature more things that start with the letter S. Firstly, if you are not familiar with QI, it is an acronym for “Quite Interesting”. And this is a comedy and game show from Great Britain that airs on BBC Two and has had legendary comedian Stephen Fry as its host and now has Sandy Toksvig. In every episode, the panelists must answer questions around a series of topics for a certain amount of points. And the topics are all about trivia and cool things.

In each episode, to add to the comedic factors of the program, the panelists usually answer in the wrong way. But if they manage to get a really weird question right, they get extra points. If you are familiar to British panel comedy shows, this one will make you laugh. Now on its nineteenth season, the show’s long-running tenure on the BBC makes it one of the most popular ones out there. Now without any further ado, let’s begin taking a loot at Quite Interesting here at Otakukart.

Where to Watch QI Season 19?

If you want to watch QI, simply tune in to BBC Two during its airtime (22:00 hrs UK Time). Alternatively, you can watch it online via BBC iPlayer. Firstly, BBC iPlayer is entirely free to watch. There’s a caveat, though. You need to live within the United Kingdom to get a subscription for that one. If you live outside, you could use a VPN, but BBC constantly scrubs out IP addresses, and you need a reliable one. Thus, we don’t recommend this method. Lastly, QI is available via BritBox and on the BritBox add-on to Amazon Prime Video.

This episode is titled “S Animals” and as its name implies, it is all about animals with the letter “S”. Firstly, the panelists are Cally Beaton, Josh Widdicombe, and stand-up comedian Jamali Maddix. Secondly, it aired on January 7, 2022. Secondly, the show kicked off talking about the dwarf seahorse, a deadly hunter that swims extremely fast and has a voracious appetite, eating fifty times a day.

Later on, we cover sea spiders, a creature with a lot of legs but no trousers or much else. Because their bodies are so small in comparison to their legs, they are dubbed “nobodies.” Their guts and genitals are contained within their legs, they breathe through their legs, and males protect fertilized eggs by strapping them to their legs. Barnacles and algae can attach to the legs and slow them down.

To defend yourself, you’d use a thunderstone. These are fossilized sea urchins that the Scandinavians believed were formed by thunder and discovered when lightning struck. People brought thunderstones into their homes to protect them from being struck by lightning because they believed lightning never struck the same place twice. They also believed they kept trolls at bay, prevented nightmares in horses, and looked after your milk. The Norwegian word for sea urchin is “krakeballe,” which means “crow’s balls.” Its English name comes from the medieval term “urchin,” which meant “hedgehog.”

Game of Words with Sheep

You are incoherent when you are as drunk as a sheep. Thomas Nashe, a satirist, wrote a pamphlet called Pierce Penniless in 1592, in which he claimed there were eight different kinds of drunkards, one of which was sheep-drunk or an incoherent drunk. Nashe also had swine-drunk (lazy), ape-drunk (drunk who leap around and sing in your face), lion-drunk (aggressive), fox-drunk (crafty), Martin-drunk (talkative), goat-drunk (lecherous), and maudlin-drunk (self-explanatory).

QI Season 19 episode 10 will release on January 14, 2022, on BBC Two at 22:00 hrs, United Kingdom time. Firstly, this episode will be titled “Smorgasbord”. Secondly, every episode airs after the XL version. Thirdly, every episode that airs this way lasts 45 minutes run time. Lastly, the episode will have Jimmy Carr, Chris MacCausland, and Jen Brister as panelists. With this, we conclude our coverage of this topic here at Otakukart. Thank you for reading our article. And please keep returning to our website to stay on top of daily updates on all your favorite series, movies, and shows.