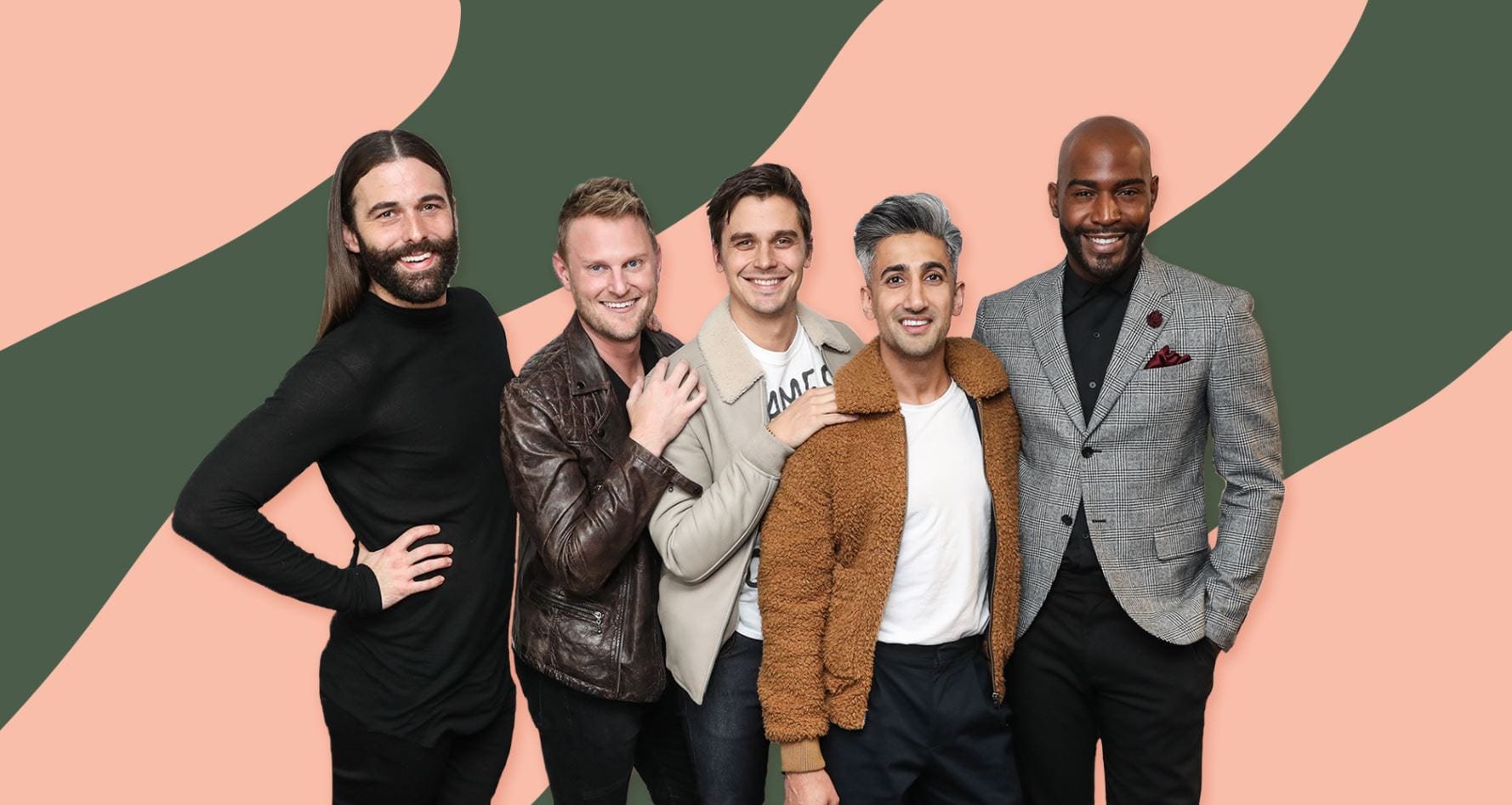 Queer Eye is a reboot of the 2003 TV Series of the same name on Bravo. The early iteration was even known as Queer Eye for the Straight Guy. The Netflix franchise is based on a team of gay professionals called Fab Five, who would work together giving lifestyle and fashion makeovers to their guests. The viewers have fallen in love with the new cast members and setting. And have gotten well equipped with the two seasons a year format. Sadly, last year only one season could be dropped, leaving fans eagerly waiting for the new season. So this article will discuss, When will Queer Eye Season 6 Release?

Queer Eye Season 5 dropped back on 5th June 2020; since then, fans have already started yearning for a new season. Queer Eye has a certain charm that leaves audiences wanting for more. So much so that one could call them Fab Five withdrawals. Anyway, season five did start filming only to be halted by the ongoing pandemic. This has caused a major delay in the usual pattern of two seasons a year. Nevertheless, there have been new reports surrounding Queer Eye Season 6, and here we will dig deep into them. 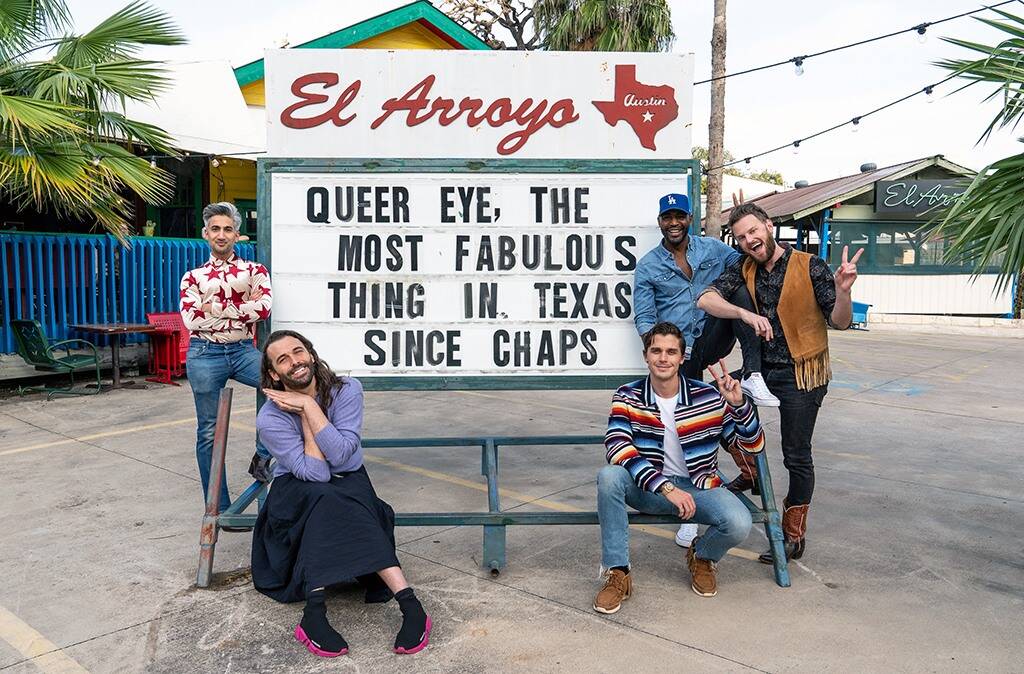 Picture posted on Queer Eye’s Twitter Handle as an announcement for the commencement of Season 6 Filming.

Queer Eye Season 6 is set to be aired somewhere around Fall 2021 or early 2022. There is no official release date for season six of the show. But if we go by the release pattern for Queer Eye, there are two seasons released in a single year. This was disrupted by the COVID-19 Pandemic as we got only season 5 in 2020. Luckily, this season happened to be the biggest one with 10 episodes. Earlier, back on 12th March 2020, Queer Eye announced the start of production for season 6 in Texas. But soon enough, the production had to be stopped.

According to Bobby, the production stopped five days into the filming. They weren’t even able to finish the production for a single episode. They had finished everything in a home makeover where the reveal was made to the guest. But then again, the part where they film what happened with the guest wasn’t possible to film then. So after that, they just had to keep waiting until the restrictions were brought down. Most likely, considering the pandemic, we won’t see two seasons this year, but at least one is expected. But nothing can be truly confirmed due to the looming concern of a surge in cases.

Also Read: Obey Me! Anime Will Be Released In Summer 2021

Has the Queer Eye Started Filming? 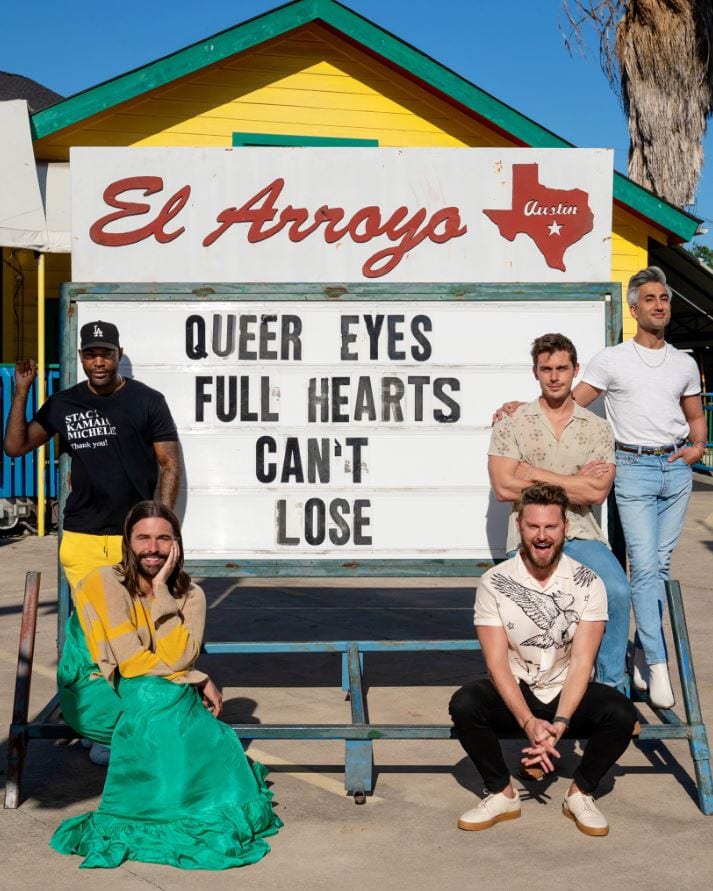 Announcement for resumption in Filming of Queer Eye Season 6.

Last year around March 2020, Queer Eye Season 6 was announced. Then, the Fab Five – Bobby, Jonathan Van Ness, Antoni, Tan France, and Karamo had set forward to Texas for the filming of the same. They had almost finished up with one episode before they had to shut down production due to COVID-19 Pandemic. So, Season 6 was confirmed anyway; the only cause for concern was when it would arrive. After the shoot got halted, according to Bobby, he and a few of the boys decided to stay in Austin, Texas itself, wondering when the restrictions would be back up. Now that they are down, their place has become their headquarters for shooting.

This Friday, 23rd April 2021, Queer Eye’s Instagram handle announced how the Fab Five were back in Texas to resume filming of season 6. They did this with a pic that had the five members posing in front of a billboard that read “Queer Eyes Full Hearts Can’t Lose.” Alongside the pic was a caption that was a nudge to their second attempt at filming for the season. The cast and crew claim to be excited to get back to Austin as they get back into their cowboy boots.

This announcement was after the initial sneak peeks provided by Antoni and Bobby. They posted a picture on the Instagram accounts in which the two donned their Cowboy-inspired ensembles. If one thought carefully, the attire totally matched the theme for the upcoming season. Surprisingly, this wasn’t the first time we came to know if production resumed. These posts came nearly 2 weeks after Karamo’s post, where he teased the resume in production 2 days after that day.