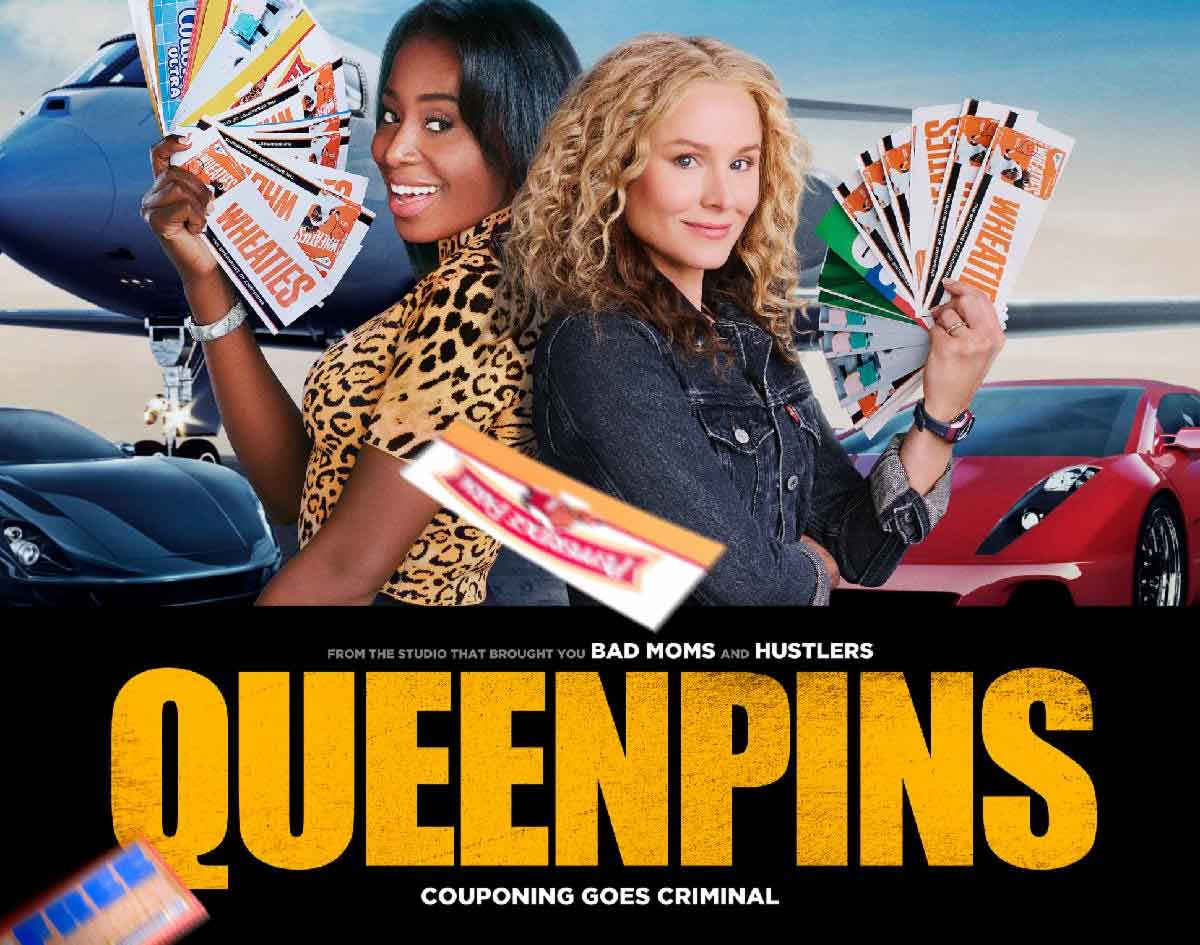 Let us look at Queenpins release date and everything you need to know about this newly released American comedy film. Written and Directed by Aron Gaudet and Gita Pullapilly, The movie is about Connie, a dejected and frustrated suburban housewife. Connie, over the years, has followed the conventional life path set by society ever since she was young. No one has ever appreciated her for the sacrifices she had made, and she has always been overlooked by her husband, loved ones, and even the society that forced her to live by the predetermined line. Bored of her repetitive life, she joins forces with her best friend, JoJo, and they come with an illegal coupon club scheme.

With their Coupon Scheme, they were able to scam large corporations out of millions of dollars. At first, it was introduced under the shadow, and their plan eventually came out of the secret of shadows since more and more people came to know about their plan. At first, they had trapped big corporations into their scheme, which soon extended to the attention of law enforcement authorities. Being suspicious of their schemes, the law enforcement decides to track them and see if they are doing anything illegal. The investigation was assigned to U.S. postal inspector. The story then follows if they get into the law enforcement’s traps or can escape them.

Written and Directed by Aron Gaudet and Gita Pullapilly, The movie is about Connie, a dejected and frustrated suburban housewife, Connie, and her friend Jojo.

Since we have got a quick look into the plot of Queenpins, let us look at the Cast of Queenpins. The movie cast includes Kristen Bell as Connie Kaminski, the dejected and frustrated suburban housewife who has left according to society’s rules over the years. However, it is still not respected by anyone for all the sacrifices she had made for her loved ones.

The movie was released on September 10th.  Production of the movie had started back in 2019, with the announcement that Kristen Bell and Leslie Jones had joined the film’s cast. Both Aron Gaudet and Gita Pullapilly take the seat of direction as well as the screenplay writer. In July 2020, Paul Walter Hauser and Vince Vaughn joined the cast, with  Kirby Howell-Baptiste in the following September. While most of the productions were facing issues due to the coronavirus pandemic, the movie still took place during this time with coping with the regulations of the pandemic.

Is Queenpins based on True Events?

For those who have heard the more plotline, some of you may have wondered if they have heard a similar thread of the story anywhere else. Don’t worry, this movie isn’t any rip-off of any other movie, but it is actually loosely based on true events. In this part of the article, we will be looking into that. In the movie, we see Kristen Bell and Kirby Howell-Baptiste play Connie and Jojo, respectively.

These best friends love extreme couponing, and one day, they realize that they could get a coupon for a free item sent to them if they complain to the manufacturer. Since then, they have come up with a plan to smuggle and steal those coupons and then sell them to people. As part of this, they set up a website called Savvy Super Saver.

Connie and Jojo set up a website called Savvy Super Saver to sell the stolen coupons.

Their venture was a success, earning millions of dollars in turn, costing multiple manufacturers millions of dollars. This story is based upon true events in 2012 in Arizona, USA, where three women were arrested for the coupon scam that cost manufacturers roughly $40 million loss. Those women also sold these coupons on their site called Savvy Shopper Site.