Queendom Season 2 Episode 8 is coming soon with another new battle for the contestants! Before that, the show has finally wrapped the Round 3, announcing the final ranking of the current teams. At present, many viewers have high expectations from one of the biggest competition variety shows. Not to forget, through the shows, fans witness their beloved idols’ real personalities as well as stage personas. Furthermore, the kshow has given an opportunity for kpop idols to find their own identity while continuously working with the different mates with whom they have never worked before!

The latest episode of Queendom Season 2 uncovers another side of the kpop idols. The episode also reveals the winner of the Visual Queen title. Furthermore, contestants are grouped into teams, and they meet the mentors who will guide them in the next heated battle. It’s not surprising that we meet various choreographers from Street Woman Fighters because they are some of the top-notch dancers! However, the mentors have skillfully coached the participants, making sure that each group performs flawlessly. Since the battle is coming near the end, the contestants are fired up to show their 100%. Therefore, Queendom Season 2 Episode 8 will be welcoming the participants in another brand-new dance battle!

Mnet’s Queendom Season 2 Episode 7 shows the remaining contestants’ performances for the second half of Round 3. First, it reveals the vocal-focused teams, and later the dance units showcase their magic. As we mentioned, Episode 7 also introduces various participants of Street Woman Fighter as their choreographers. Not to forget, the excellent behind-the-scene of the units’ practice and preparation sessions show how the contestants are working hard for their final performances.

The Last Three Units To Perform

This week, the first unit that stands on the stage is KEVIZ (consists of Kep1er’s Xiaoting, Hikaru, Kim Da Yeon + VIVIZ’s Umji, and SinB). They performed Purr. The next to KEVIZ is Ex-it (includes Hyolyn + WJSN’s Eunseo and Yeoreum). Also, they are the only unit to have participated in both dance and vocal unit performances. Ex-it unit performs KA-BOOM. Lastly, the third unit of the second half of Round 3 to perform is Queen-I-Na (consists of Brave Girls’ Eunji + LOONA’s Heejin, Yves, Choerry, and Olivia Hye). The unit showcases another exceptional performance by covering Tam-I-Na. 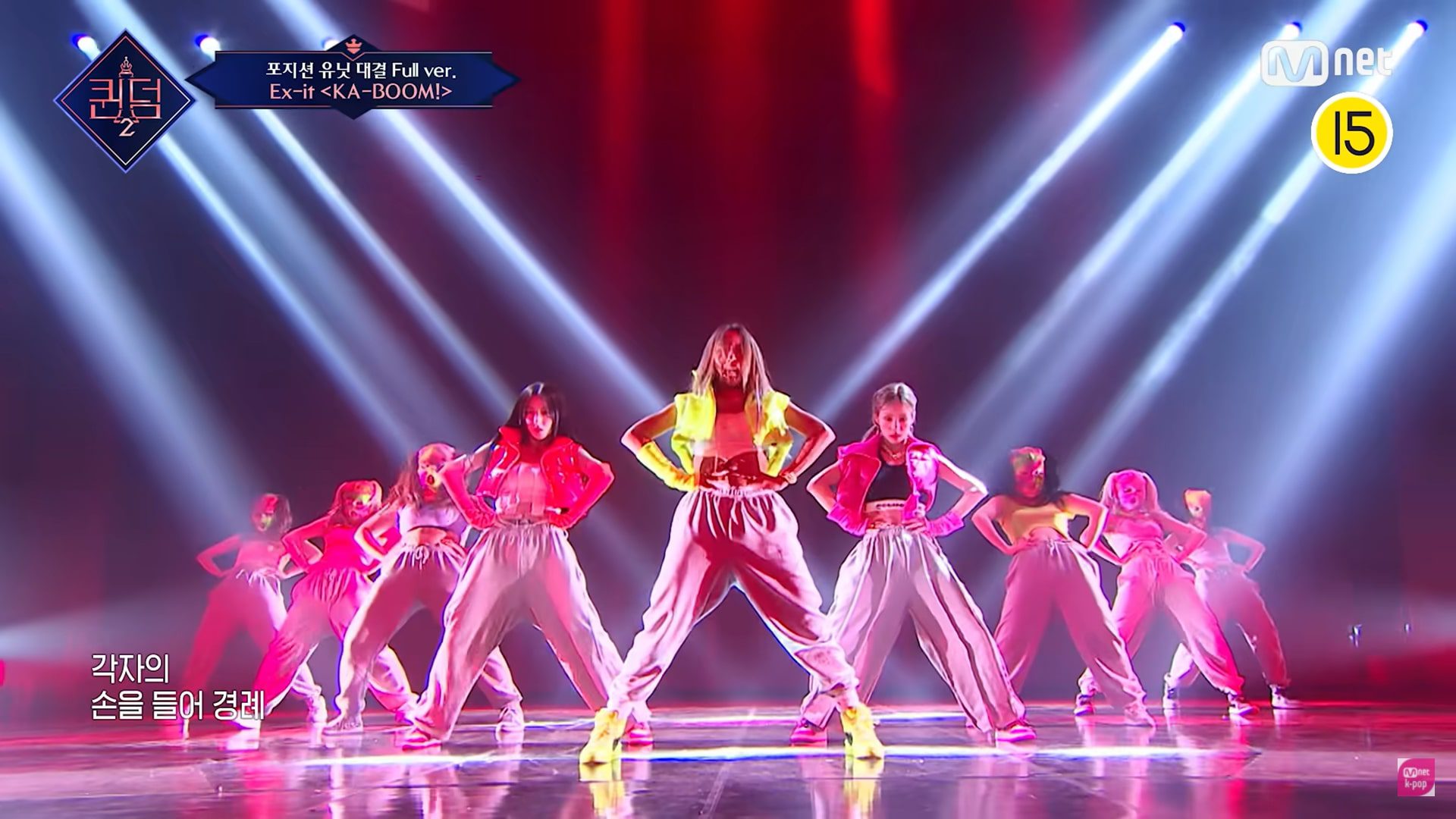 Also Read: Kpop.Flex 2022 Airtime and Where to Watch

Finally, the time comes, which not only made anxious the contestants but also their mentors and choreographers. After all three units’ remarkable performances, Queendom Season 2 Episode 7 announces the final votes. The dreadful time has brought a new twist. According to the voting, the third place is taken by KEVIZ, which means Kep1er has ranked third in both unit battles. Moving to the second place is none other than Ex-it, and thus Queen-I-Na ranks first, winning this round!

Queendom Season 2 Episode 8 will be released on Mnet on 19 May 2022 at 9:20 pm KST. The ongoing competition reality show has announced the final ranking for their heated position battle! However, the dancing and singing battle is not over yet. Since the kshow is 10 episode series, only the last three episodes are left before we will meet the winner. Therefore, to know who will secure the top position in this intense battle, don’t forget to watch Queendom Season 2 every Thursday. All episode runs for 95 minutes.

For domestic viewers, the Korean variety shows Queendom 2 is broadcasting on Mnet at 9:20 pm KST. In the other nations, Ep 8 will be out on the same day at 5:50 pm in India, 10:20 pm in Australia, 1:20 pm in the UK, and 8:20 am in the USA. The short clips of the dance performances are available on the official YouTube channel of Mnet. Meanwhile, international fans also can watch Queendom Season 2 on Rakuten Viki with English Subtitles.