Is ‘Queen of The South Season 6’ Canceled or Making a Comeback? 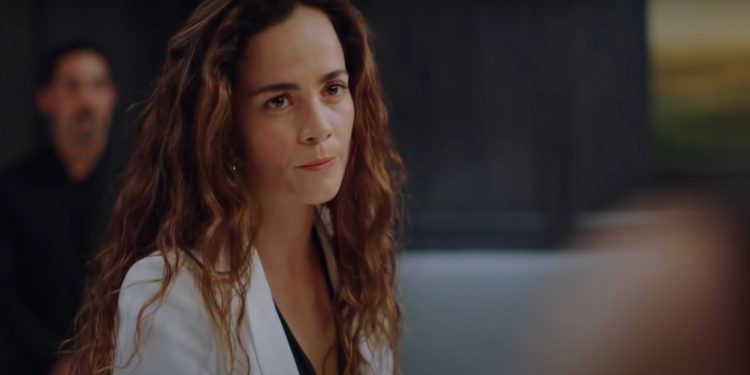 Queen of the South Season 6

Is Queen of the South Season 6 Happening? The TV adaptation of Arturo Pérez-Reverte’s novel and further adaptation of the Telemundo soap opera “La Reina del Sur” had their fifth season. If you’re not familiar with Queen of the South, it is a female-led series that tells the story of a girl named Teresa Mendoza, as she has her life do a complete 180 after cartel gangs kill her romantic partner. After that, she becomes the head of a gigantic drug trafficking ring.

With Alice Braga personifying Teresa Mendoza, the show gathered quite a following worldwide after Netflix picked it up for global distribution. Moreover, the scriptwriting is brilliant, and the filmography is excellent. The series was developed by M.A. Fortin and Joshua John Miller, and it has the theme music composed by the legendary Giorgio Moroder. Now without any further ado, let’s begin taking a look at this series here at Otakukart.

Queen of the South season 6 isn’t happening. To begin, this show’s fifth season aired on April 7, 2021, on the USA Network and concluded on June 9, 2021. Secondly, the fifth season had ten episodes of 45 minutes runtime. The reason behind the cancelation is that showrunners announced in March this year that the fifth season would be the final one. And while they didn’t give any reasons for this. It’s because Queen of the South’s story was written up to a logical conclusion. For the people behind the show, they managed to produce an entire five-season run was quite a journey.

Queen of the South Plot

Queen of the South is based on the soap opera La Reina del Sur, which is based on a novel by Spanish author Arturo Pérez-Reverte of the same name. Teresa Mendoza (played by Alice Braga), a poverty-stricken Mexican girl who will become rich and powerful by developing a massive drug operation, is the protagonist of the series. Mendoza is a resident of Culiacán, a barrio in Sinaloa, Mexico. She falls in love with a drug cartel member and tries to rise above her impoverished circumstances.

Teresa is forced to flee after learning that her boyfriend has been murdered. She crosses the border into the United States, where she joins forces with someone from her past to stop the drug ring’s leader from pursuing her. Mendoza eventually establishes her own drug distribution company and becomes extremely wealthy, which presents her with new problems.

Queen of the South Season 5 Trailer:

Where to Watch Queen of the South?

Teresa finds joy in the arms of her lover, James, after years of running and waging war with her enemies. Finally, the two start their long-awaited relationship. Teresa is getting ready to meet Kostya when James warns her about the danger and declares his love for her. They kiss each other and spend a night together. Teresa skillfully poisons and ends up killing Kostya the next day at his home. Teresa is rescued by Pote during the ensuing shootout.

The episode begins tragically, with a gunshot wound and Pote reacting heartbroken to the recipient of that bullet. And it’s none other than Teresa. For one part, Samara is already in poor shape, she’d lost her mom, and now she had to watch the woman who took her under care as a family gets killed in her new house. And it wasn’t as though Samara had it easy. Well, she might put the money Pote handed her to work, as she now needs to start over. And for an entire hour, we wondered if Teresa is really dead or if it’s really a stunt the authorities like Devon used.

Let’s unpack that a bit. For starters, if Devon says your time is up, your time is up. You’re toast. That means Teresa and everyone around her are marked for elimination. And that included James, who didn’t deserve the kill. James left Teresa in the desertic Arizona state so she could work for the CIA. He even agreed to kill Teresa. But Devon wouldn’t let a loose end like that. No sir.

Teresa’s death and having Boaz takeover her business was a shocker, mainly because after five seasons, we only saw Teresa on top for such a brief moment. In comparison to the male rivals, her handling of the drug business was way more efficient and low-key. As to why is it that the scriptwriters chose this death for Teresa, and why have her replaced with incompetent male drug dealers, in the end, might look rather disappointing from a narrative perspective. But I suppose the screenwriters needed some sort of logical conclusion to these loops.

The one who killed Teresa was James. And all that plots, loops, and twists didn’t prepare anyone for such a betrayal. It’s sort of tragic, almost in the greek sense, the woman dies at the hands of her lover. James could have been collaborating with Devon the whole time and feigning his love for Teresa. Devon could have extorted James toward doing his dirty deeds, and James would not have been able to refuse, as Devon implied during his visit to James. Another probability is that James was attempting to protect Teresa while the real sniper was someone else. While this may not have the same emotional effect as James being the murderer, it does preserve James’ redemption.

Devon learns that Boaz isn’t like Teresa. Boaz is the opposite of Teresa. She was smart. Boaz is dumb. But not that dumb. After the takeover of Teresa’s business, he knew it was somebody else that killed the woman. And that didn’t bother him. After all, he’s in it for the money. While Teresa was quiet in handling the business, Devon wanted everybody to know that he was the head honcho in town. And while Devon was trying to down Boaz, Kelly Anne and Pote tried to run away.

Kelly Anne fleeing is an emotional scene, and you can’t help but feel bad for Heidi, who now has to raise three kids alone, and Mike, who —kind of— looked like a good guy. When Pote tells Kelly Anne to meet her at a Motel, the CIA closed in on her. But we got to give it to Pote because he took the bulk of the heat. As the cops put Pote in handcuffs, Chicho watches from the crowd in disbelief. And now Pote must serve five years for carjacking in a plea deal. Luckily for Pote, Devon sets up protection for him while in jail, managing Boaz to back up.

On ‘Queen of the South,’ Pote Galvez is one of the most dangerous characters. Teresa Mendoza’s gang has made the former Vegas cartel member one of their most trusted and loyal members. He serves as Teresa’s ever-vigilant bodyguard, and he has saved Teresa and other members of her gang from numerous near-death situations. It is because of this habit that he is constantly in danger. Pote is also a target of Teresa’s enemies, who have only grown in number since the first season, as one of the key members of Teresa’s inner circle.

We do a massive time jump four years into the future. Pote comes out of prison, and Chicho’s out there waiting for the man. And Marcel’s there too, and the plan is plain and simple: Boaz needs to take a permanent vacation. Consequently, they arm themselves and track Boaz down to Teresa’s old bar. Once there, Pote challenges Boaz to a bare-knuckle fight. But without him knowing, Boaz’s henchmen beat him up. Despite being badly wounded. Pote has a nasty knife fight with Boaz. And in the heat of the moment, Pote fatally stabs Boaz in the heart, watching him choke on his own blood. In the end, we see Pote walk through a sandy beach where he meets Kelly Anne Van Awken, and she is happy to see Pote.

How Did Luffy Get His Scar in One Piece?