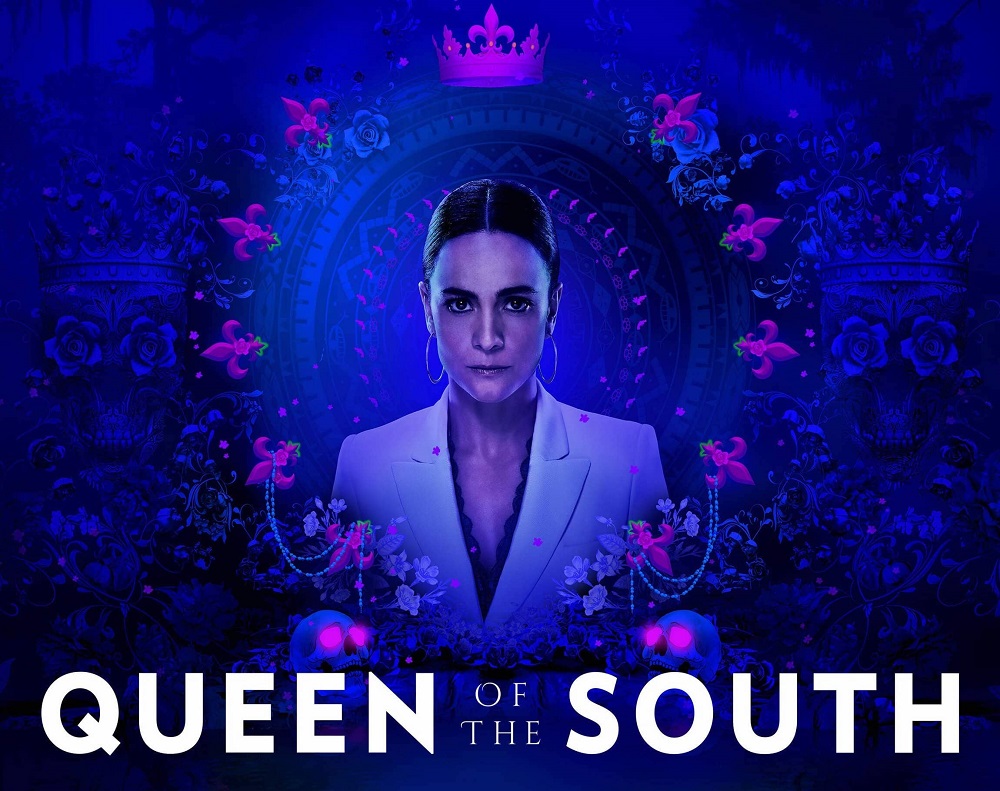 "Queen of the South" Season 5 is releasing soon and here's all you need to know.

“Queen of the South”, the American crime drama TV series that has been released for four seasons to date, is soon going to release its fifth season. Developed by Joshua John Miller and MA Fortin, the series is adapted from a telenovela titled “La Reina del Sur” by Arturo Perez-Reverte. The crime drama debuted on 23rd June 2016 on USA Network. It received mixed reviews, but gradually, it picked up, and people started loving it. Consequently, it built itself a loyal fanbase as it proceeded season after season. Finally, on 29th August 2019, USA Network renewed the series for its fifth season, which is yet to be released. So, let us dive further into the article to learn everything there is to know about the show.

Finished all the seasons of Queen of the South, Im excited James is back! That’s who Teresa needs to be with. And I’m ready for season 5.

I’m so happy Queen of the South season 5 finally got a release date! I can’t wait 🤗

“Queen of the South” is an American crime drama-thriller that MA Fortin and Joshua John Miller adapted from “La Reina del Sur”, a telenovela created by Arturo Perez-Reverte. Robert J. Wilson, Lorenzo O’Brien, Judd Rea, and Matthew J. Lieberman are the producers of the series, with NBC Universal Television Distribution 20th Century Studios Home Entertainment being the distributors of the series. The show has released 4 seasons to date that consists of 52 episodes in total. The runtime of the episodes is approximately around 38-45 minutes, and the same runtime is expected in the upcoming season. The cast of the series consists of some really talented and brilliant artists. So, let us have a look at the main cast for Season 5. 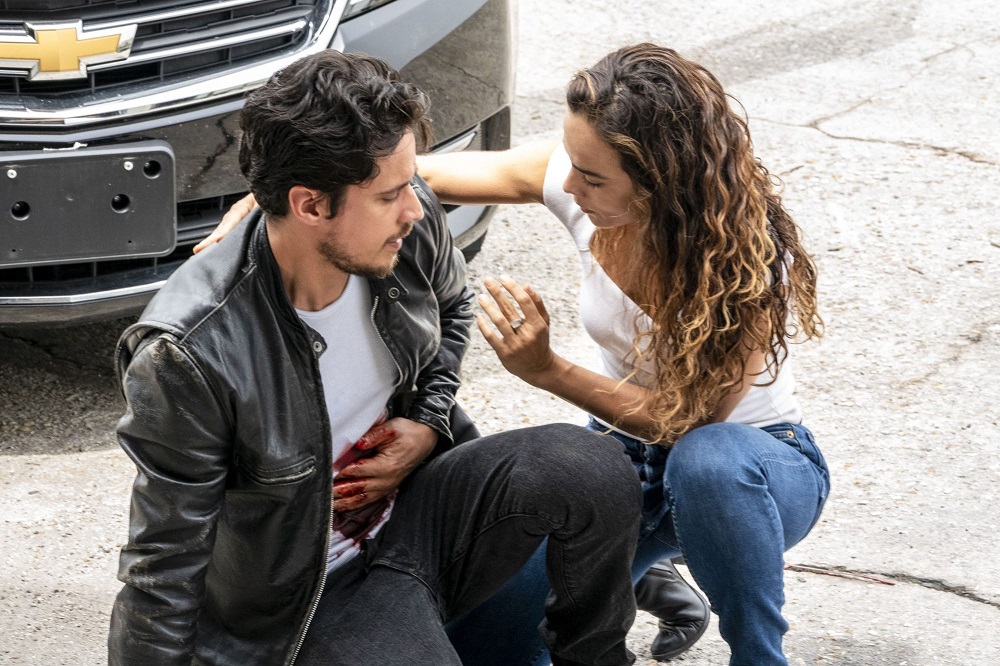 A still from the finale episode i.e. Season 4 Episode 13 of “Queen of the South”.

Alice Braga as Teresa Mendoza: Alice Braga is a Brazilian producer and actress. Some of her best works include “City of God”, “Only God Knows”, “I Am Legend”, and “Elysium”.

Peter Gadiot as James Valdez: Peter Gadiot is a British actor who is popular for playing the role of Cyrus in “Once Upon a Time in Wonderland”. Some of his other works consist of “My Spy Family”, “13Hrs”, and “Matador”.

Hemky Madera as Pote Galvez: Hemky Madera is a Dominican-American actor. He is popular for being part of movies and shows like “Blue Bloods”, “The Lost City”, and “Supremacy”.

Molly Burnett as Kelly Anne Van Awken: Molly Burnett is an American singer, producer, and actress. Some of her best works include “Days of Our Lives”, “The Lover in the Attic: A True Story”, and “Parking”.

Pasha Lychnikoff as Kostya: Pasha Lychnikoff is a Russian-American voice, theatre, television, and film actress. She has been a part of many amazing movies and shows like “Trade”, “Star Trek”, and “Deadwood”. 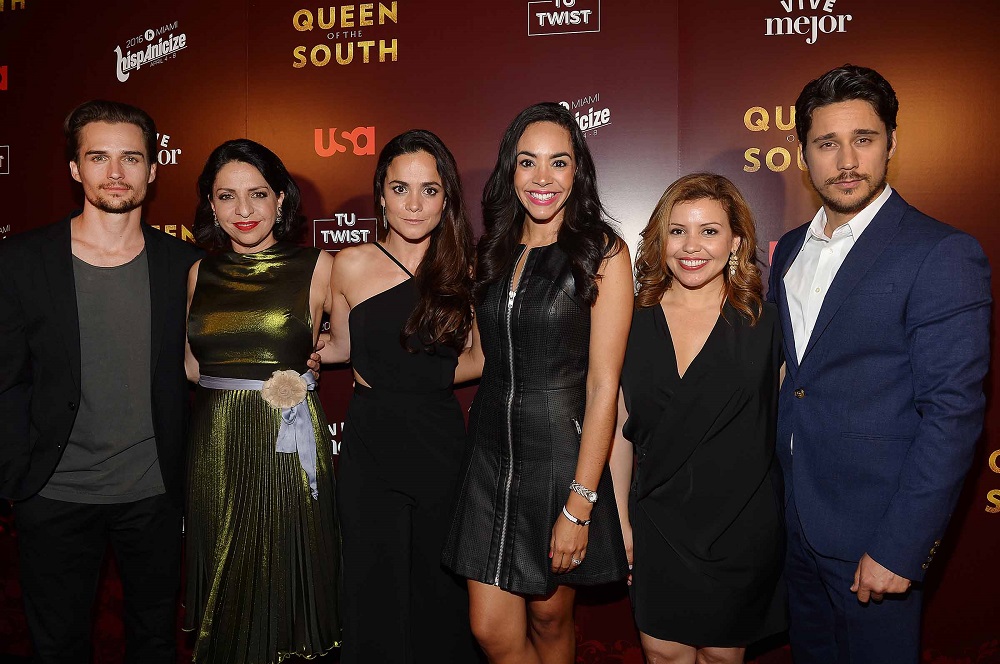 A still of the entire main cast of the series “Queen of the South”.

What to expect from Season 5 of “Queen of the South”?

Season 4 ended at a cliffhanger as everyone was left thinking about what happened with James and whether he survived or not. So, the viewers are surely pumped up about finding out if James managed to get through after he turned up gravely injured. In the 5th season, the story will mostly proceed from New Orleans and center around a feud with the Russians. James had warned Teresa that there are people who will be coming for her. Consequently, the fans are also waiting to find out who will be Teresa’s latest enemy in the upcoming season. As a result, there is plenty of action expected from the fifth installment of the series. TV Promos released a trailer for the fifth season about a year and a half ago on 30th August 2019. It has already crossed a million views, and you can watch it above.

The must-see new season of #QueenOfTheSouth is coming this April on @usa_network. pic.twitter.com/cktjPzCMhc

USA Network has not yet disclosed the official release date for the Queen of the South Season 5. However, the official Twitter handle of the series put up an update on 2nd March saying that the new season will be airing in April 2021. After the series was renewed in August 2019 for its fifth season, the production had to be indefinitely suspended in March 2020 due to the COVID-19 pandemic. However, later on, the production resumed in Fall 2020. So, brace yourselves as the Queen will soon be returning to fight some new challenges in this upcoming season. You can tune in to USA Network to watch the show. Until then, you can stream the previous seasons of the series on the official website of USA Network.