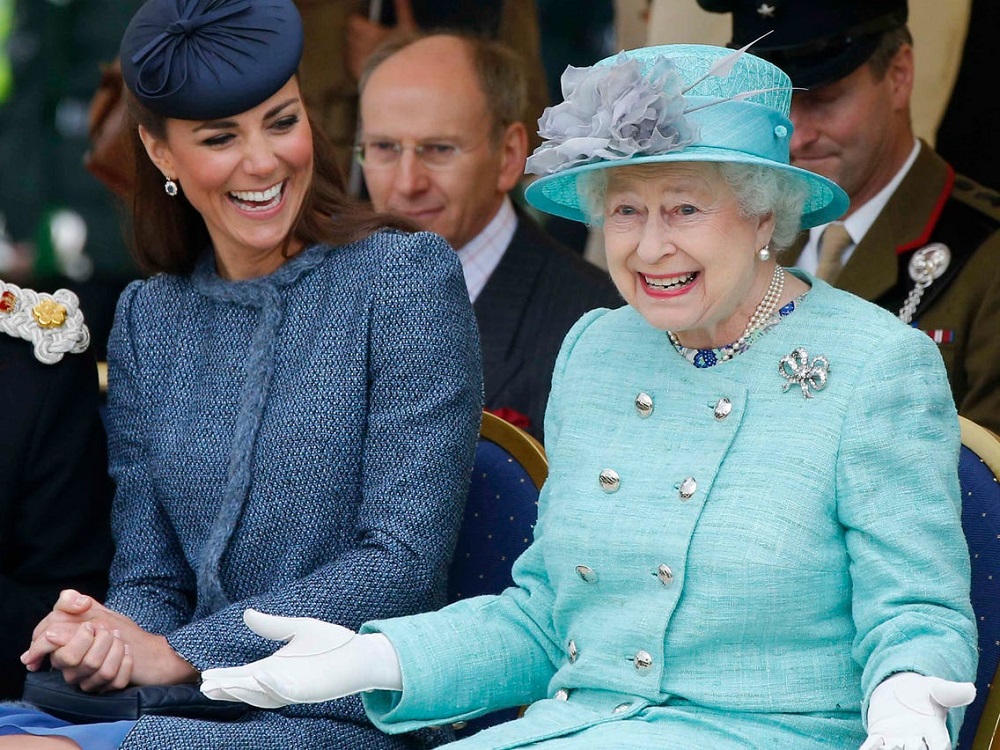 Here is all you need to know about Queen Elizabeth and her net worth.

Elizabeth II, better known as Queen Elizabeth, is the Queen of the United Kingdom and 15 other Commonwealth realms. Yesterday, i.e., on 9th April 2021, her husband, Prince Philip (Duke of Edinburgh), passed away. It was really saddening as the nations have been mourning his loss ever since. Anyhow, let us find out everything about Queen Elizabeth and her net worth further in the article.

Elizabeth Alexandra Mary Windsor, better known as Queen Elizabeth II, was born on 21st April 1926. She was born to King George VI (Duke of York) and Queen Elizabeth, The Queen Mother (Duchess of York). Queen Elizabeth was born at her maternal grandfather’s house in London and was baptized by the Anglican Archbishop of York at a private chapel in the Buckingham Palace. She took the name Elizabeth from her mother, Alexandra after George V’s mother, and Mary after her paternal grandmother. She had a great relationship with her grandfather as he cherished her a lot. In fact, during his serious illness, Her Majesty used to visit him often, which is said to have helped in aiding his recovery and lifting his spirits. 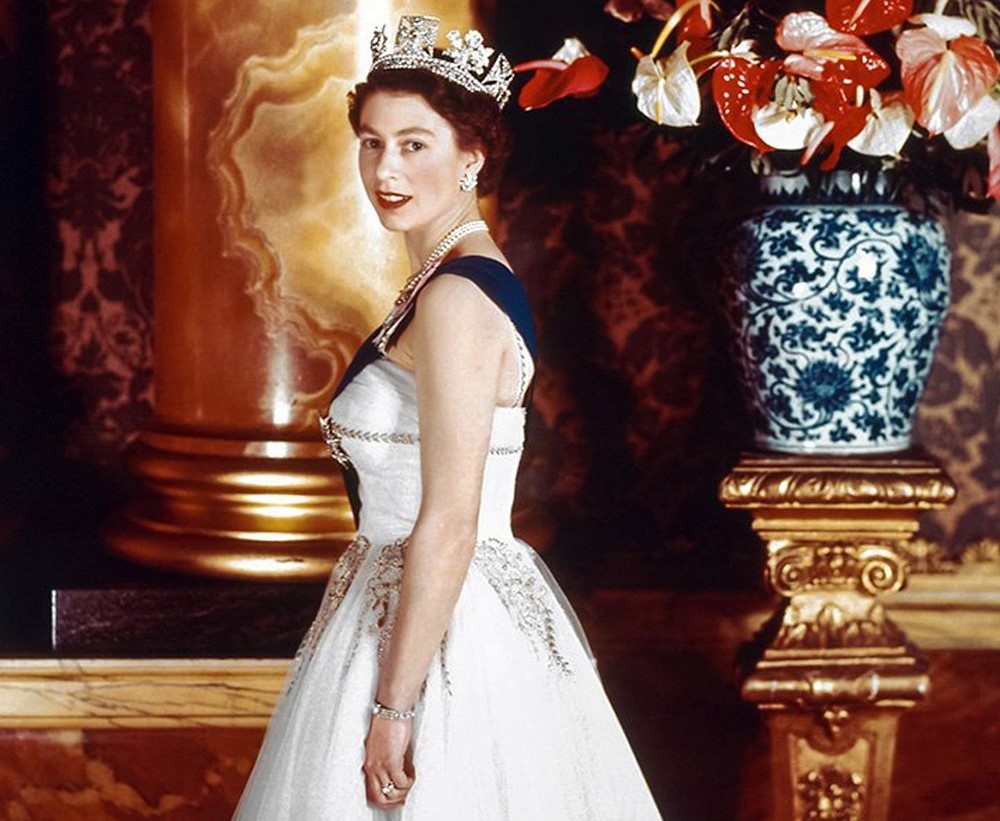 A still of Queen Elizabeth II from her youth.

Apart from herself, Elizabeth had only one sibling, who was a sister. Her name was Princess Margaret (born 1930). They were educated at home itself under their mother’s supervision and Marion Crawford, their governess. In fact, after the two princesses completed their education, Crawford published a book titled “The Little Princesses.” The book described the princesses’ hobbies, orderliness, and attitude of responsibility. Moreover, Elizabeth’s very own sister Margaret, described her as a cheerful little girl who was mature and had a sense of responsibility.

Queen Elizabeth met her husband, Prince Philip, in 1934 during a trip to the Royal Naval Academy of Dartmouth. She was only 13 years old back then. However, she developed a liking for Prince Philip and started exchanging letters after their first meeting. Consequently, they fell in love, and in 1947, Prince Philip asked King George VI for his daughter’s hand in marriage. As a result, in 1947, King George VI made their engagement public. However, their marriage was not free of controversies. Queen Elizabeth was marrying a guy who was foreign-born and had sisters who were married German noblemen with Nazi links. Anyways, their marriage worked well, and they had four children together. Their names are Charles (Prince of Wales), Prince Edward (Earl of Wessex), Anne (Princess Royal), and Prince Andrew (Duke of York). 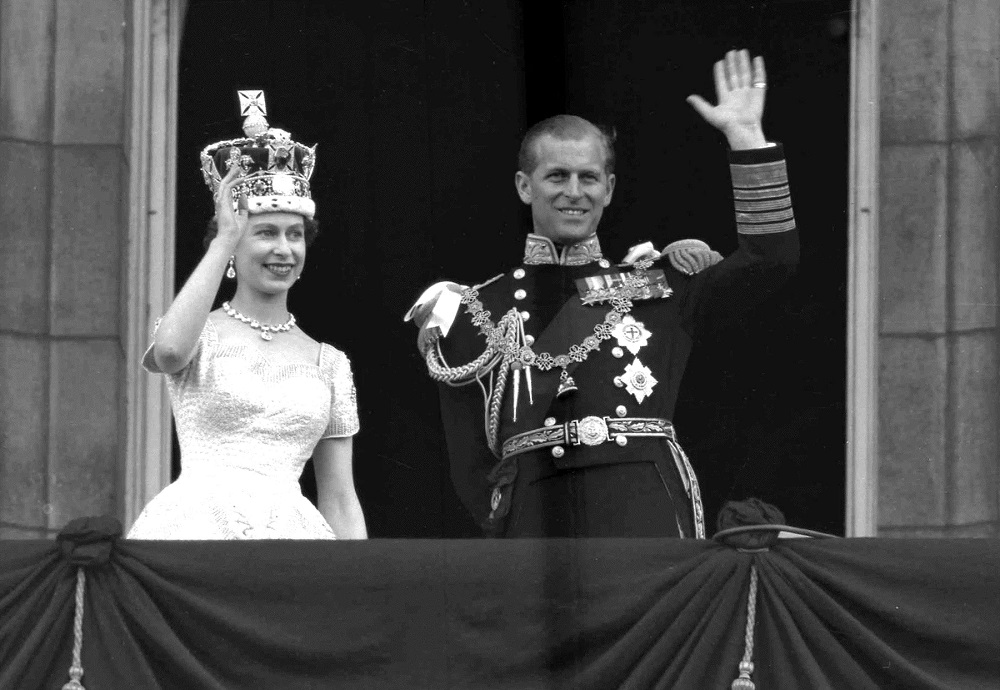 A still of Queen Elizabeth with her husband, Prince Philip (Duke of Edinburgh).

As George VI’s health started declining in 1951, Elizabeth started filling in for him at public events. In fact, as she toured Canada, Martin Charteris, her private secretary, carried a draft accession declaration in case the King died while she was on tour. Later on, in February 1952, when Elizabeth returned with her husband Philip to their Kenyan home, she got the word of her father’s death. As a result, she immediately acquired the throne. Just a few days later, her coronation was done. This annoyed many Scots as she became the first Elizabeth to rule in Scotland. After her accession, Philip was also given the title of Duke of Edinburgh. 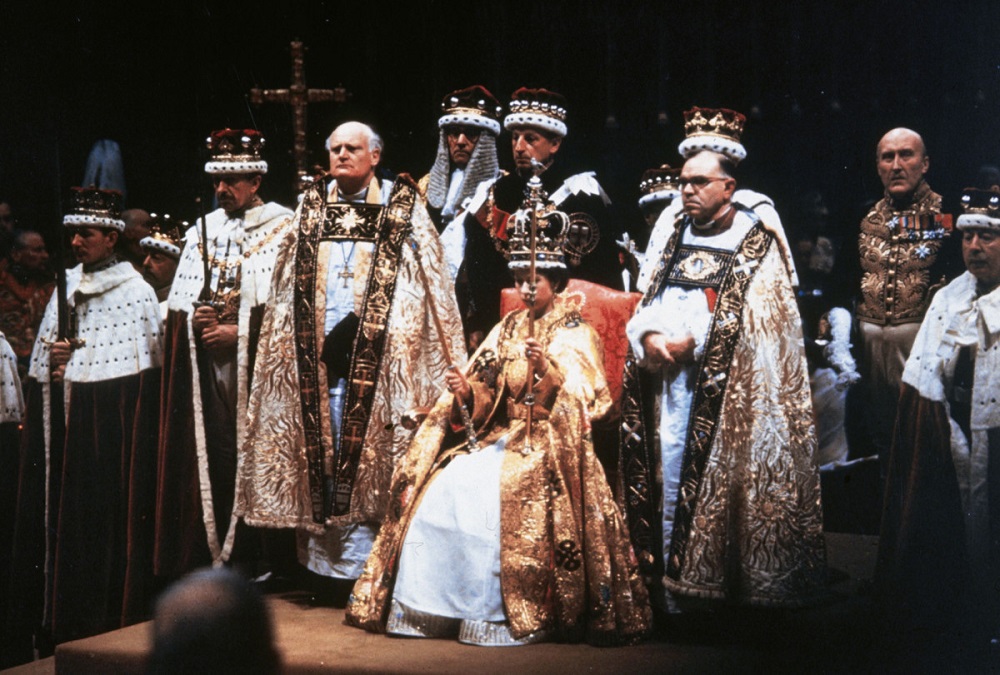 A still of Queen Elizabeth during her coronation after her father King George VI’s death.

Even after her birth, the British Empire continued transforming into the Commonwealth of Nations. Moreover, as her accession went ahead, she took on the role of the head of multiple independent nations. She went on to become the first reigning monarch of Australia and New Zealand to visit those nations. Later on, from the 1960s to the 1970s, decolonization accelerated, and the Queen granted independence to several nations from Britain. Talking about the public’s perception of the Queen, nobody knows much about her. She rarely gave interviews, and hence, not many knew about her personal feelings. In fact, she has never even stated her political stand owing to the constitutional monarch. However, everyone knows that she has believed in charity and helping people for a very long time. So, people do believe her to be really humble, kind, and supportive.

Queen Elizabeth’s net worth in 2021 is approximately $480 million to $500 million. In fact, in the past year itself, the family obtained a grant of $118 million from the British taxpayers. Moreover, Queen Elizabeth has an income from the Duchy of Lancaster that has a value of more than $738 million. However, it is impossible to track her personal wealth from those sources owing to UK laws. She also shared several assets, lands, and properties with her husband, Prince Philip. Consequently, after his death, she will be the one acquiring all his wealth. Apart from all this, she does not have to pay any inheritance tax on her estates. In reality, the British taxpayers support the Royal Family through the ‘sovereign grant.’ But, as said earlier, the true amount of Queen Elizabeth’s fortune is not known publicly.