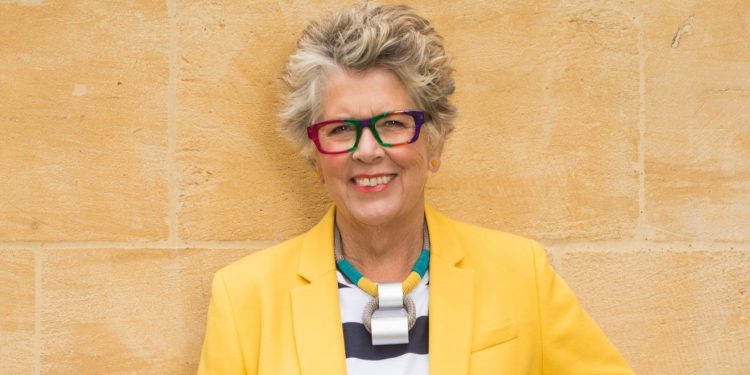 Prue Leith was named as one of the most chosen to replace Mary Berry in The Great British Bake Off. She is famous for another program such as Great British Menu. The author and restaurateur have been a judge on cooking competitions since the BBC’s show began in 2006. There are many rumors about Prue Leith’s Affair. Well, here we’ll discuss it in depth. Prue has also written several books based on the surname Leith’s How to Cook, Leith’s Cookery Bible, and Leith’s Techniques Bible.

Prue Leith was born in South Africa on 18 February 1940. She is best known for her time as a judge on the popular BBC television competition The Great British Bake Off. She joined the show during the 8th series in 2017 when she was chancellor of Queen Margaret University in Edinburgh. In 2017 she replaced Mary Berry as a judge on The Great British Bake Off show. She studied at the Sorbonne and Cordon Bleu Cookery School in London before starting her own catering company, Leith’s Good Food. In 1969 she opened the top spot at her Michelin-rated restaurant, Leith’s.

Prue Leith announced that she had an affair with a “wonderful man” after visiting Lanzarote in 2010 to meet a friend, but the romance ended soon after. On Annie Mac’s podcast, the 81-year-old GBBO judge said she “had a lot of fun times” with her ex-boyfriend Ernest but couldn’t live with him because he had bipolar disorder and later met her current husband, John Playfair. Just weeks before their meeting, she told a group of drunken friends over dinner that she was looking for “a ’70s Jew, musician and gay,” and when she met Ernest, he checked most of the boxes she wanted even though he wasn’t gay.

Talking about how her love hunt started, she goes into detail that as an unmarried woman, she goes out to dinner, and if she does, there may be two other single women there. She later stated that she had started her unhappy affair but continued to admit that she was happy to leave because a year later, she met fashion designer John, whom she married in 2016 after five years of being together.

John is a 73-year-old retired fashion designer born in England. He lives a very private life with very little information is available about him. He has an Instagram account called @playfair.john, which has 125 followers and two posts. The two photos are of him and his wife, which he has captioned with a cute emoji in his heart. The two met in 2011 when Prue was 76 years old and he was 70. They continued to marry in Scotland in 2016. Regarding her marriage, Leith stated that she had to marry in Scotland because John refused to wear a skirt south of the border.

However, she was determined to marry this man if he had to wear a kilt. So they went to Scotland where John was ready to wear it. “The couple lived a very unusual life together as they both decided to live separately until after nine years together, they decided in November 2020 to buy their first house together due to the fact that they wanted their own space and then they enjoyed a quality time together. In an interview, Prue said she was happy with her decision to finally move in and said, “John calls our new house the ‘retired house’. They have to face the fact that they will be living together for the first time. It seems the timing is right.

Do They Have Kids?

Prue has two children from a previous marriage to South African writer Rayne Kruger. The couple was married for 28 years, from 1974 until his death in December 2002 at the age of 80. Rayne developed emphysema, which causes lung infection. The famous couple has a son named Daniel, who is now a Conservative MP, and an adopted daughter, Li-Da. It is unknown whether John had a previous marriage or children before Prue. The couple has no children together, but John treated her adopted children like his own.

How did Prue Leith Become Famous?

Leith started her career serving upscale business lunches and worked hard to open her own restaurant, Leith’s, which eventually won a Michelin star. During her cooking career, she opened the Leith Food and Wine School in 1974 and sold it for almost 20 years. Prue is recognized worldwide for her contribution to the world of cooking. In 1989, she was appointed Officer of the Order of the British Empire (OBE) and in 2010 Commander of the Order of the British Empire (CBE). The writer is good friends with former GBBO judge Mary Berry and tried to pay homage to her friend when she first appeared on the show, but the producers didn’t allow it.

Also Read: ‘Our Beloved Summer’ Episode 1: What will Happen when Gook Yeon Soo and Choi Woong Meet after their Breakup?