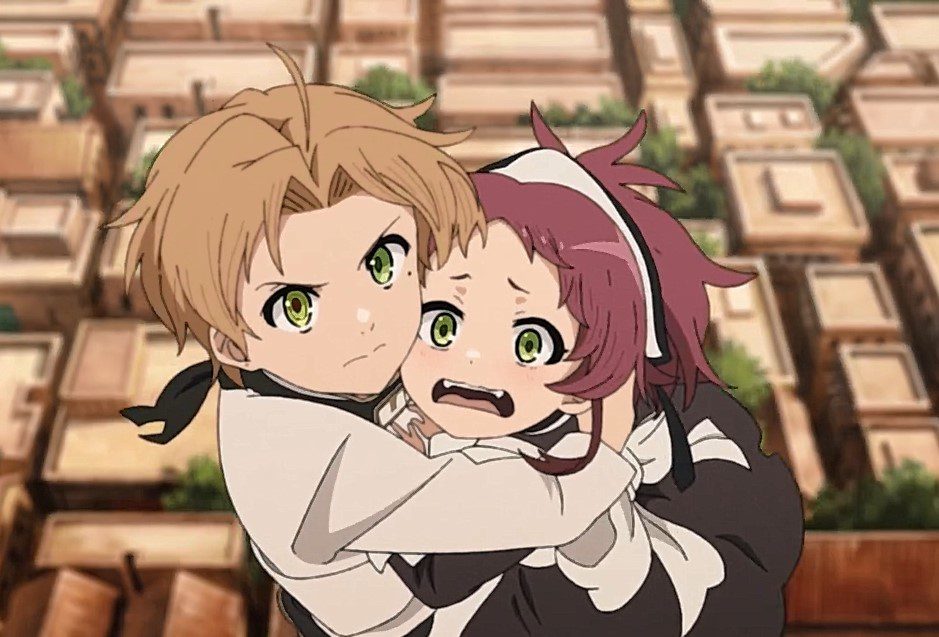 This happened before Rudy arrived, and after Rudy arrived, he regrets failing to defeat Prince Pax. Rudy thinks that he is useless and that Prince Pax filled him. No one ever thought a chubby nerd Prince would fool Rudy, but Pax wants to get Roxy since he wanted to marry her, and Roxy agrees that he will set Rudy with his family free. He sent men to get Roxy, and if she refuses, they will tell her about Rudy. Rudy tries to break the barrier inside the room, but he keeps on bouncing back.

He wonders what kind of spell Prince Pax uses to lock him. But he believes that Ruijerd and Eris will come to his rescue. A mysterious guy enters the room and reveals that he is Zanoba Shirone, the third Prince of Shirone. He shows Rudy an action figure of Ruijerd and asks him where he gets it. Rudy realizes that he doesn’t have to mess up and reveals that he obtained it by chance while traveling on the Demon Continent. Zanoba got tricked and believed that a Demon crafted the action figure.

Zanoba asks Rudy to tell him the guy who crafted it, and Rudy replies that he brought it after seeing it. He shows Rudy a Roxy figure that he made years ago, and Rudy realizes that he knows that one. Zanoba reveals why Roxy escaped after Pax tries to torture her and dishonor her. He explained everything that he knew about Roxy and her powers. Rudy tells Zabona something about Roxy, and Zabona thinks that Rudy is the one who created the action figure and bows in front of him.

Zabona praises Rudy’s work and asks him to become his master. But he is worried that he cannot reach Rudy due to the barrier. On the other side, Eris, Aisha, and Ruijers want to know where Kennel Master is. They know they are talking about Rudy, and they don’t want to let the royal guards know they are looking for Rudy. The guys with them reveal that the Kennel Master is currently imprisoned in the palace dungeons. Eris decides to rescue him, but the guys think she should wait since they have a request. Ruijerd told Eris that Kennel would be fine and they must help those guys.

Those guys reveal that Prince Pax has taken their families hostage, and they want to rescue them. Aisha reveals that she knows that Prince Pax control soldiers from the place garrison. Rudy and Zabona continue to talk about Roxy, and Zabona thinks he has other plans with Prince Pax. Prince Zanoba drags Pax to the underground room and sends him to Rudy. He orders him to release Rudy. Pax reveals that Rudy is the bait to lure Roxy. Eris and Aisha arrive at the scene. But he got tortured release Rudy, who defeated him with a single blow.

Jobless Reincarnation Part 2 Episode 10 will be released on 6 December 2021. Pax has freed all the hostages, and Rudy reunites with his family. Ruijerd arrives with the citizens that he saved, and Ginger gets her family back. Rudy decides to leave the village in the morning with his crew. They decided to set on another journey, but Aisha wanted to join them. Let’s look at Jobless Reincarnation Part 2 Episode 10 official details.