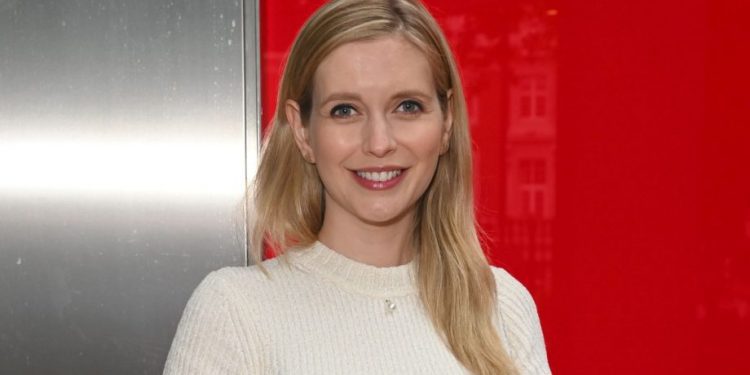 Countdown star Rachel Riley is pregnant and looks healthy as she poses in a sports bra to show off her bare bump in traditional Rachel fashion. Is Rachel Riley expecting a child? Is the TV personality pregnant and expecting a child? Those who follow this celebrity must have received some excellent news since Rachel Riley revealed her pregnancy in February 2021. The 33-year-old Countdown star, who is carrying her first child with husband Pasha Kovalev, showed a glimpse of her adorable baby bulge. She posted a selfie of herself in an orange sports bra and a black tracksuit, clutching her baby bulge in anticipation of the baby’s birth.

She was surrounded by things given to the child in the social post by a range of infant companies, and she was wearing no make-up. Rachel broke the news that her water can break anytime by writing: “Gratuitous belly shots with thank you alert!!! December is our baby’s birthday month !!!, whenever it decides to make an appearance, so taking this last opportunity to thank the generous companies who’ve gifted us such gorgeous bits and bobs for our little one!”

Also read: Rosie Huntington-Whiteley Pregnant: All You Need To Know About The English Supermodel.

On January 11, 1986, Rachel Annabelle Riley was born. She was born in Rochford, Essex. She works as a television presenter in the United Kingdom. She co-hosts the daytime puzzle show Countdown on Channel 4 as well as its comic spin-off, ‘8 Out of 10 Cats Does Countdown.’ She claims she was compelled to flee the pogroms as a result of which she identifies as Jewish.

Her father is of British Isles background, and her mother is Jewish from Russia. Riley grew up in the Southend-on-Thorpe Sea’s Bay neighborhood and attended Thorpe Hall School, an independent school, and Southend High School for Girls, a grammar school, where she earned four A’s at A-Level. She went on to Oriel College, Oxford, to finish her undergraduate studies in mathematics. She debuted on television, joining Countdown aged 22. She has subsequently co-presented The Gadget Show on Channel 5 with the goal of popularising mathematics and science from 2013 to 2014, and It’s Not Rocket Science on ITV (2016). She participated in the celebrity show Strictly Come Dancing in 2013, where she met her now-husband.

The 33-year-old star of the show Countdown, Rachel Riley, who is expecting her first child with husband Pasha Kovalev, gave us a look at her lovely baby bulge. She shared a photo of herself wearing an orange sports bra and a black tracksuit while holding her baby bulge ahead of the baby’s arrival. She was surrounded by products that had been provided to the young one by a variety of baby firms in the social post, and she was going make-up-free. 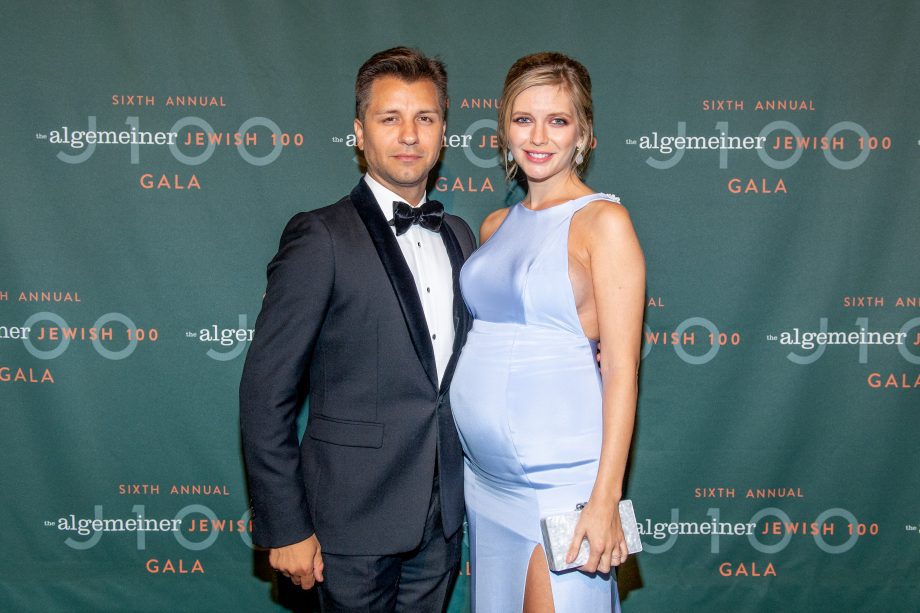 Rachel announced that her water could rupture at any time by writing: “Gratuitous belly photos accompanied by a thank you note!!! Our baby’s birthday is in December!!! , whenever it decides to make an appearance, so I’d like to use this last opportunity to express my gratitude to the generous companies who have presented us with such lovely items for our little one!” The reaction of her followers.

She mentioned the gifts would be donated to charity while her followers and fans reacted by saying stuff like, “Absolutely gorgeous, inside and out!”. “Wow, that’s a massive bump,” one fan commented. Good luck Rachel!”. A third commented, “good luck baby”. She wrote the caption for the post at the time.: “The new joys of pregnant married life – Pasha digging me the television star and husband Pasha tied the knot in a secret ceremony in Las Vegas.

It is said they got married in Clark Country, Nevada, after a license that covers Vegas on June 25, they completed the marriage three days later officially in a chapel. She and her spouse announced their first child’s arrival in May by spelling it out. “RTINYMATE” using Countdown’s famous letters board. Every day, my bump gets a belly hole on the beach!”

This isn’t the first time Rachel has shared photographs of her baby belly on social media. She previously gave her followers a look at her pregnant stomach while vacationing in Bilbao, in Spain, with a former member of strictly professional Pasha Kovalev, who is a 39-year-old dancer. She had also previously posted a similar baby bump pic when she was 35 years old with her first pregnancy, there it was a 40-week-old baby bump next. This pic she re-uploaded alongside another pic of the present for comparison’s sake. As she styled the same maternity sports bra and tight black leggings. 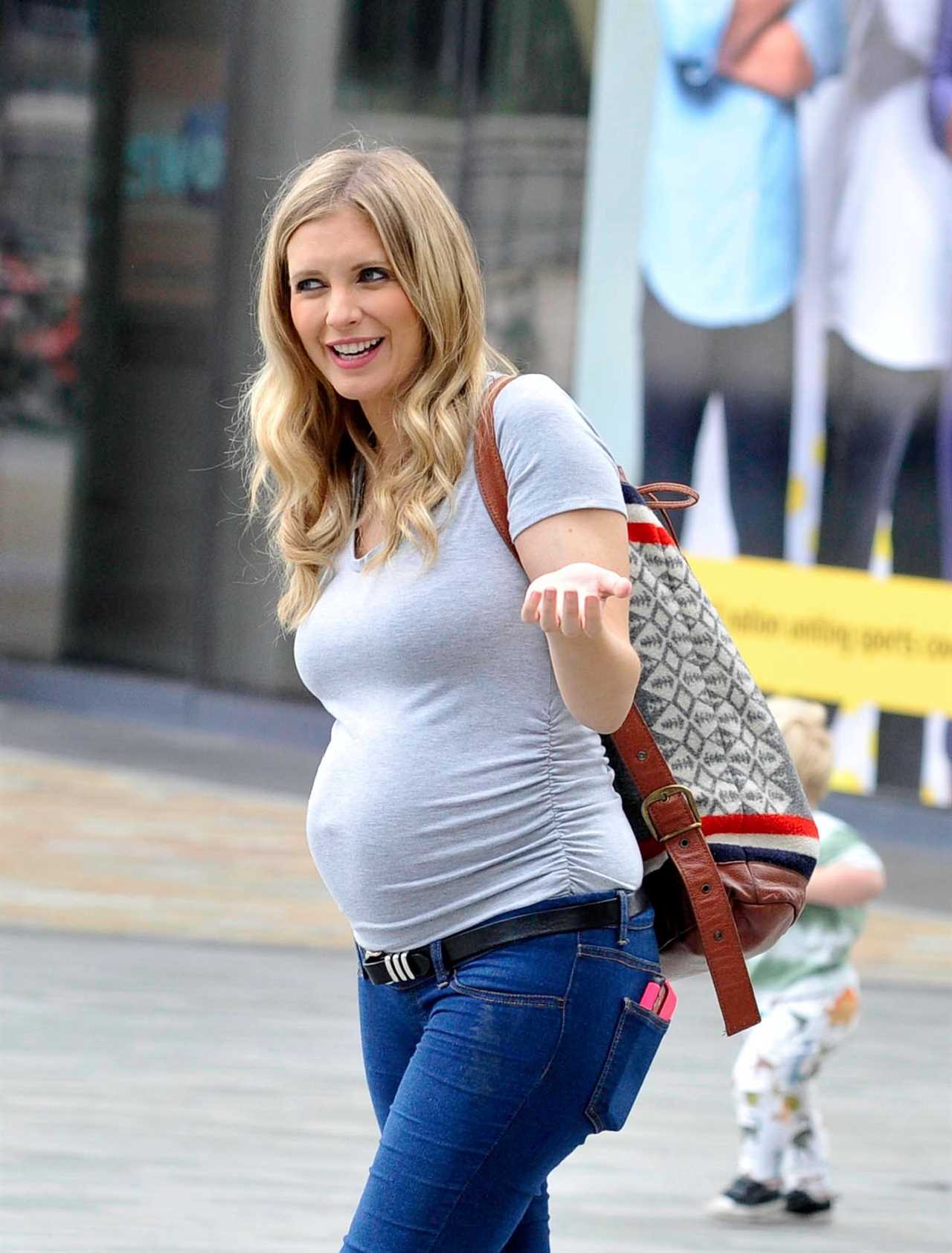 Also read: Is Alex Guarnaschelli Married? All About The Famous Chef’s Love Life!