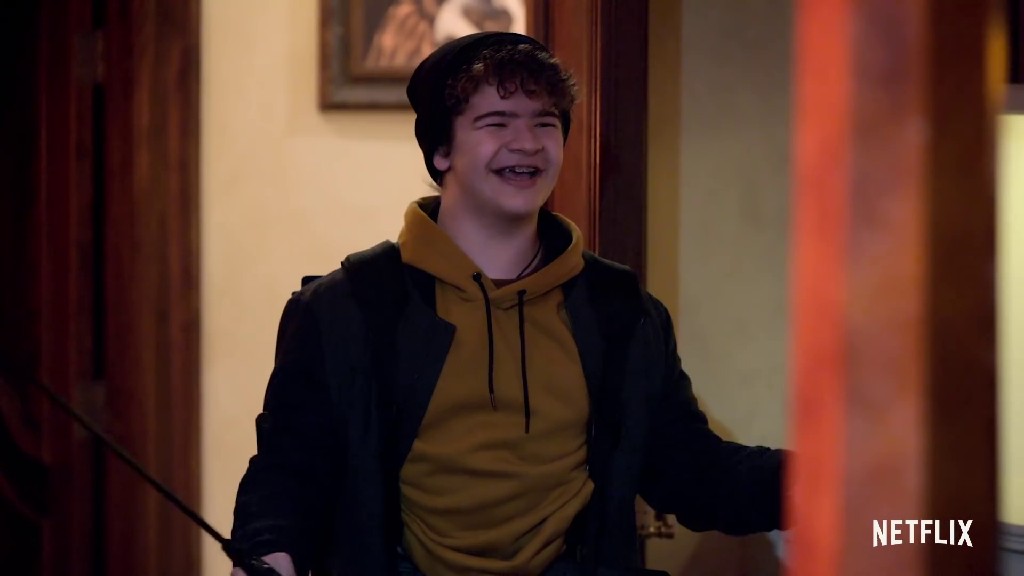 Gaten Matarazzo is back with more horror pranks for the second season of Netflix’s Prank Encounters. Gaten has certainly become a household name post the success of Netflix’s Stranger Things. Probably consider the cutest among the kids. And, Of course, Nancy’s favorite. The success only brought opportunities for the kids they are using efficiently, whether Millie Bobby Brown signed big projects. Finn Wolfhard working with his Rock band or Gaten Matarazzo exploring several TV shows and many more. Last year, Gaten joined hands with Netflix to introduce a horror-themed prank show titled Prank Encounters that became an instant favorite because of highly produced and executed pranks.

Prank Encounters sees a couple or more than a couple of individuals put into a regular situation. They soon realize the place reeks of paranormal beings or phenomena, including ghosts, monsters, or even invaded by an alien. Matarazzo and his team pull a prank of building up a storyline, characters, and setting to scare the targets off while watching them through cameras. The prank goes on until it’s enough, and Gaten intervenes to calm the targets down.

There are a total of seven episodes in Prank Encounters Season 2. A one less from last year. Each episode targets a new individual or individuals inside an entirely new setting and premise planned and executed by the team of Prank Encounters, with Gaten serving as the host for the show. A story, setting, place, and characters are made up to make the job believable as the targets are watched through cameras.

The Weird Family and Iced Monster

The first episode of Prank Encounters Season 2 is titled “These Walls Can Talk.” The episode sees two women struggle as they prepare to sell a massive mansion. The only factor stopping them from doing so are the creepy residents residing there. We are talking about both who presently live there and once lived there. 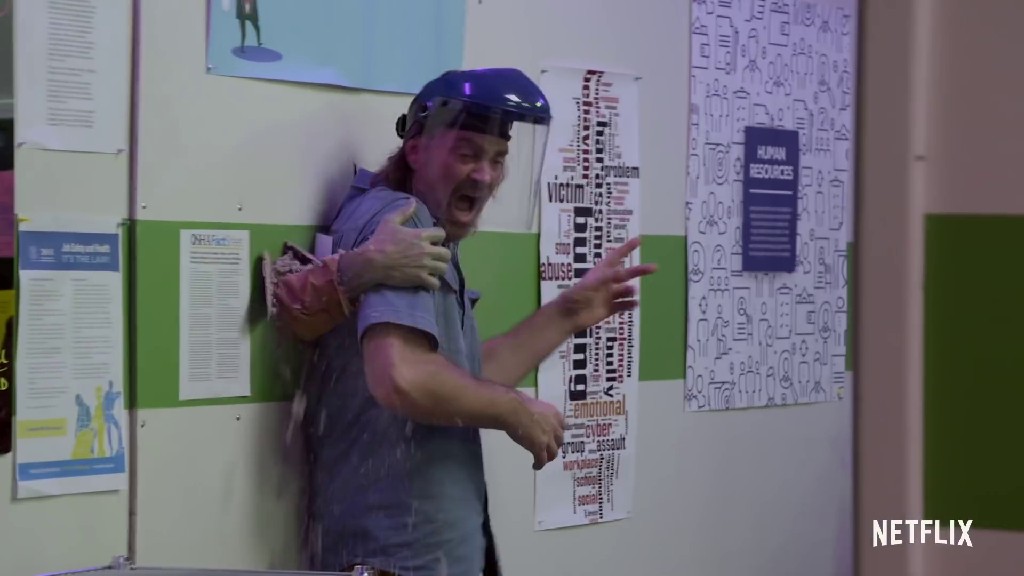 The second episode of Prank Encounters Season 2 is titled “Missing Missing Link.” It takes us to Cryo-storage industries. A fake storage facility that has kept a doctor’s recent discovery secured in the ice. This place has its own problems with keeping the electricity and temperature stable, which may soon lead the discovery to crawl out of ice. To assist in fixing electricity and temperature problems, two assistants are hired as they encounter this discovery on their way.

The Spider-Villa and Mind Reading Machine

The third episode of Prank Encounters Season 2 is titled “Spider Mansion.” This episode features a story of a company owner who recently came back from an expedition in South Africa and brought along some huge scary spiders. He is bedridden with a bug bite from a creature of unknown origin. Two targets are put up with the job to help him. Sooner or later, they will come across these spiders as they explore the mansion. 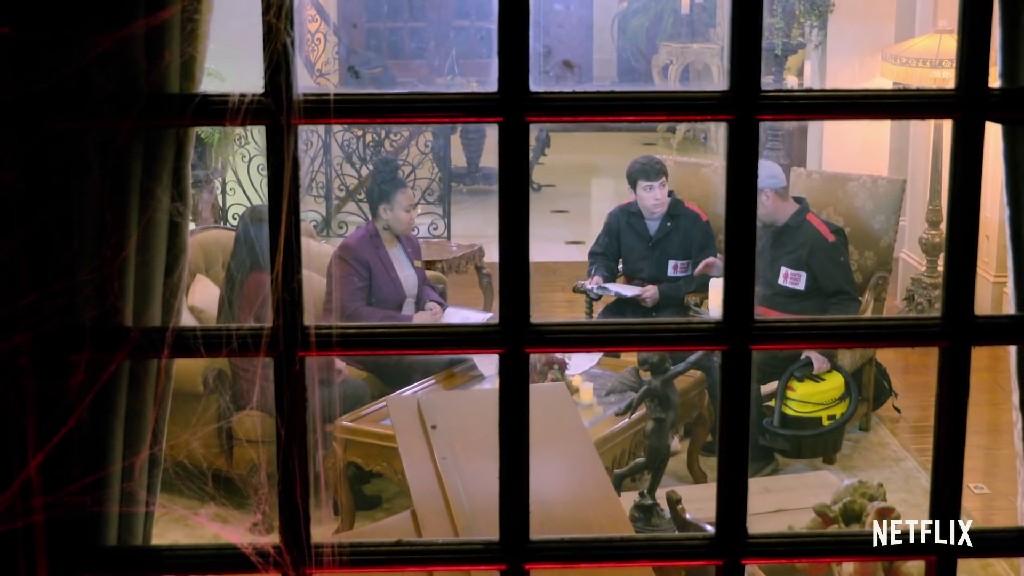 The fourth episode of Prank Encounters Season 2 is titled “Mind Field.” The episode sees a scientist coming up with an invention that can read your thoughts. Well, of course, it’s a fake one. But not for the targets. By the end of the episode, they will be convinced that the brain is something not to be played with.

The Mist and The Graveyard

The fifth episode of Prank Encounters Season 2 is titled “Mist Demeanor.” The episode features a deadly fog from another dimension hell-bent on eating a produce sorter and a PR assistant. The sixth episode of season 2 serves as a continuation for one of the episodes from the first season. It sees an insane surgeon on the loose. Two temps watch in scare as they try to keep their distance from him, hiding away as the surgeon goes crazier and crazier.

The finale of Prank Encounters Season 2 is titled “Graveyard Shift.” The episode features a ghoulish prank from a night to ancient burial grounds and a story of beings returning to life. Well, it sounds like The Conjuring coming to life.

Our Thoughts On Prank Encounters Season 2

Well, there is not much to review for Prank Encounters Season 2. It’s just a prank show, after all. Mostly everything depends on the reactions of the targets than the entire setup. Last year, the show got heavily negative views on its initial inception despite being a delightful watch. The show is very much compared with MTV’s Punk’d that popularized the prank shows. Viewers stated Prank Encounters as a way to replicating the same formula with the help of utmost popularity of Stranger Things. Furthermore, there were accusations of it being staged. 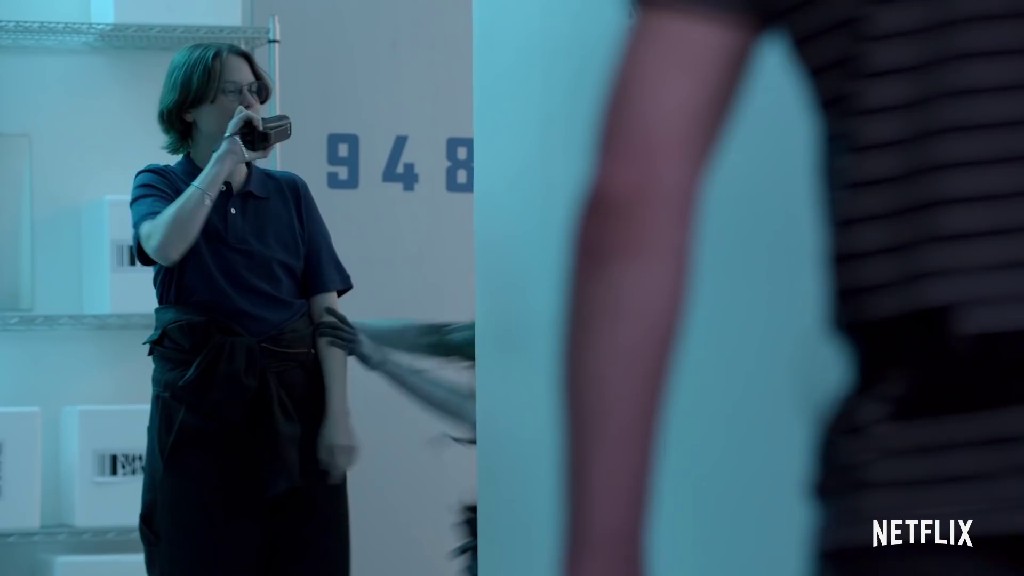 Coming to our points, we believe the show is a decent watch for some lazy time. In an era where social media rules, pranks are something that any individual can execute independently. But can he/she properly execute? That’s a question. Prank Encounters, on the other hand, is a good example of a properly set up prank. A good budget added in with decent actors and an okay to the believable premise. Of course, there are technical issues here and there, especially with the lightings and the camera cuts. But it’s okay as they go unnoticed within the story and individuals reacting.

Coming to the reactions of the individuals. There is a word of mouth that they are blunt upon realizing what they got into for. But we can’t actually predict right how the individual reacts. We felt the screams and shocks were decent enough to keep the prank afloat. So let’s enjoy the show for being a good lazy bedtime family watch.

Where To Watch Prank Encounters Season 2?

You can stream both the seasons of Prank Encounters Of Netflix right now. The show is a Netflix Original and will be available exclusively on Netflix.

Also, Read Stranger Things Season 4 – Everything We Know So Far!