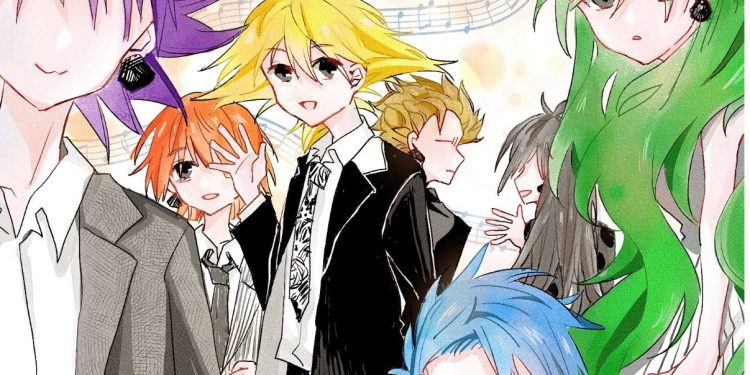 Shueisha’s biggest success might have been a couple of action shonen series, but there are several slice of life and romantic manga that one must not miss out on. One of the most beautiful manga serialized by Shonen Jump is PPPPPP. While one may ignore it for the vagueness in its name, PPPPPP is actually capable of being an uplifting story. The plot takes the idea of mediocrity and turns it into something precious. PPPPPP has made quite an impression on its readers from all around the globe. With its impressive plotline and steady progress, the fans of the manga are increasing in number with every new chapter it releases. In fact, people are quite enthusiastic when it comes to discussing a PPPPPP anime adaptation.

PPPPPP was released relatively recently, but the positive response it has collected is quite overwhelming. But then again, the mangaka has done pretty well at executing the story, so all the positive claims are rightfully deserving. The most amazing part of PPPPPP is that it paints quite a picture, and I do not mean merely through the illustrations but through its words too. There has been more than one instance that made me wonder how some particular panels would feel once it was animated. The curiosity it has been building in the minds of many is not to be taken lightly for in stories like PPPPPP. This very anticipation is what keeps the readers asking for more.

Will there be a PPPPPP anime adaptation? Here is all that we know about it.

PPPPPP is a manga series written and illustrated by Maporo 3-Go. The manga belongs to the musical genre and presents the same most uniquely. It was published by Shueisha and serialized in the Weekly Shōnen Jump. PPPPPP was launched on 17 September 2021 and has since been ongoing. On the Manga Plus app, the manga has more than 60,000 readers and stands among the top 30 most popular manga on the app. Its first chapter was released in the 42nd issue of Weekly Shōnen Jump. On 4 January 2022, the first volume of the manga was released.

The plot of PPPPPP is rather interesting, quite unexpectedly from a musical manga. Lucky Otogami was born to the genius musician Kuon Otogami as one of the septuplets. However, he is an average pianist, as compared to the other six who got named as the “Otogami Sextuplet Pianists”. After their parents get divorced, the other six leave with their father, but Lucky stays with his mother, who is suffering from some illness and is admitted into a hospital. When Lucky finds out that she does not have much time in her hands, he decides to fulfill her dream of seeing all her children playing together.

The name of the manga comes from a musical dynamic notation that implies a very quiet sound. Lucky, the protagonist of the manga, is regarded as an average pianist through most of the plot, but he is a genius of his own kind. He has a very soft tone in his playing that often makes people question his talent but hidden behind his soft tones is the quiet tone of his heavenly music. His music is said to make dreams come true. Initially, only the musically sound ones like DADA Sensei (his new teacher) are able to hear it. Lucky must battle the difficulties in his path and bring his music to everyone, for only then will he be able to play with his brothers and sisters again to fulfill his mother’s dream.

Will There Be a PPPPPP Anime Adaptation?

Given the popularity of the manga ever since, even before its first volume was released, PPPPPP might get picked up by a studio as soon as it has enough material. The plot has the potential to bring its audience to tears. Even more so, fans may even start demanding an anime adaptation since they are very curious about Lucky’s (as well as that of the other characters) beautiful music that is often referred to in the anime.

While there has been no announcement regarding an anime adaptation, the official channel of Jump Comics recently uploaded a PPPPPP voice comic on YouTube. The voice comic features the voices of Soma Saito as Lucky Otogami and Yu Serizawa as Ako Furusu.

Where to read PPPPPP manga?

PPPPPP manga is currently available for reading on Viz Media and Shueisha’s Manga Plus app.