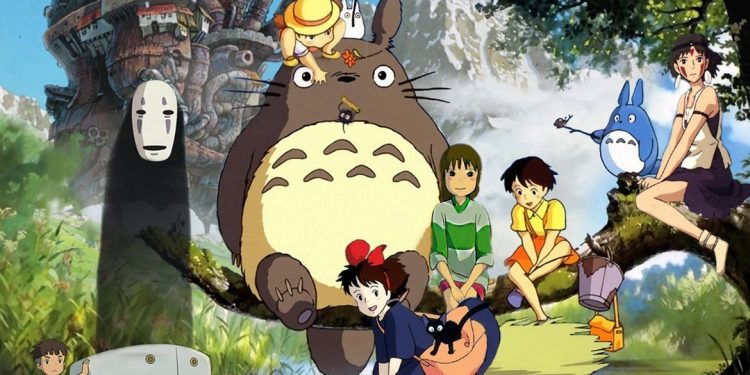 Here are the Birthdays of the most Popular Studio Ghibli Characters and their zodiac signs. Studio Ghibli also referred to as Kabushiki Gaisha is a very well-known Japanese animation studio. The studio is headquartered in Koganei Tokyo. The studio was founded on 15th June 1985 and for the past 36 years, it has produced many well-known anime characters. The studio is very famous for its featured animated films. The symbol of the studio is a large cat named Totoro. Totoro is a very popular anime character from the anime film My Neighbor Totoro. The movie was premiered back in 1988. There are many films produced by the studio but some of the highest-grossing films are Spirited Away (2004), Howl’s Moving Castle (2004), and Ponyo (2008).

After the founder of the studios, Hayao Miyazaki was retired, Studio Ghibli suspended their production on 3rd August 2014. But later in 2017, Ghibli Studio announced the comeback of Miyazaki for the production of a new upcoming movie titled How do you live? and that became his last film. Below is the list of birthdays of some popular characters by the Ghibli Studio, however, the correct date of birth is not available, this contains the birth years of the characters.

ALSO READ: Hayao Miyazaki Back From Retirement for the Upcoming Studio Ghibli Movie

Chihiro Ogino is the protagonist of one of the most popular films by Ghibli Studio. The characters belong to the film Spirited Away. She is a 10-year-old girl also referred to as Sen. She is a child with brown hair, brown eyes, and rosy cheeks that make her look cute. She generally wears a white T-shirt and bright red shorts. She was a kid at the beginning of the movie, as the movie moved close to its conclusion, she developed into a capable individual. She has grown up into a very independent person from easily scared and a child. She is now a hardworking, responsible, and brave young girl.

In the 2001 movies, Chihiro and her parents stumbled upon an abandoned amusement park. Her parents turned into huge pigs as the amusement park was affected by supernatural beings. The movies showed her journey of freeing her parents from the curse.

Nigihayami is the god of the swift Amber River. Throughout the series, he is referred to as Haku. He is also a character from the 2001 film spirited away. Nigihayami is a 12-year-old boy deity. He has straight dark green hair in a bob haircut that reaches his ear. In the film, we witnessed him in his two forms, first as a human and second as a dragon. Haku is said to be having multiple personalities. He can be kind-hearted, gentle, and supportive one time, and in others, he can be selfish, rude. He changes his appearance and attitude according to the situation. Due to his attitude, Chihiro was having a hard time trusting him.

He is a spirited river and being a supernatural creature, he possesses supernatural abilities. He can shapeshift into a dragon and fly around the sky. He holds the ability to create and manipulate many things.

Howl Jenkins Pendragon is the protagonist of Howl’s Moving Castle. He is a wizard that is very famous for stealing the hearts of women with his looks. He is one of the disciples of Madam Suliman in the royal court. He is a young handsome man, with bright blue eyes and hair in a bob haircut that reaches below his chin. At the beginning of the film he had blonde hair later, his hair turned black due to his curse. He was previously believed to have a wicked personality and indulges with women very much. He was later turned out to be a man with a light personality, charming and intelligent.

Satsuki Kusakabe is the protagonist of the movie My Neighbor Totoro. It is the same featured film that gave the Ghibli Studio its iconic symbol of the big Cat. Satsuki is the older sister of Mei. Satsuki is easily irritable towards her sister. She has a short stature and walnut brown hair with brown eyes. She generally wears an orange-colored skirt. Satsuki is a very bright and cheerful girl, she is like that since her childhood. She is the copy of her mother and even idolizes her mother’s calm and peaceful demeanor. Although getting irritated by her younger sister, she takes really good care of her. Although the film was a super hit of that time, there is not much information available regarding the characters.

Umi is the protagonist from ‘Up on the poppy Hill’. The movie is also one for the film produced by Ghibli Studio. The movie ‘up on the poppy hill’ is set up back in 1963 in Yokohama, Japan. The plot goes around the life of a 16-year-old girl named Umi Matsuzaki who is a high school student living in Coquelico Manor. After joining the newspaper club of her school, Umi decides to clean the school clubhouse. However, the chairman of the school, Tokumaru was planning to demolish the school building for its reconstruction. Umi along with her friends Shun, Shiro, and Mizunuma, tries to persuade Tokamaru to reconsider his decision.

In the film, Umi is portraited as a very hardworking and dedicated girl. Even being only 16 years old, Umi runs her daily routine in a way to honor her father’s memory. She spends her whole day helping her grandmother to run her boarding house, goes to school and further in the film, helps to restore their lovely clubhouse.

Jiro or Jiro Horikoshi is the protagonist of the 2013 film ‘The Wind Rises’. The movie is a fictionalized biography of the designer and creator of Mitsubishi A5M aircraft Jiro Horikoshi. The movie was made as a tribute to the designer due to which Japan can have so many good fighter aircraft for World War 2. The movies also include some of the plots from the 1937 novel The Wing Rises by Tatsuo Hori. The film takes the audience around the dream of Jiro to become a pilot but was unable to due to his myopia. After reading about an Italian aircraft designer Giovanni Battista Caproni, he made it a dream to become an aircraft designer, which he was able to achieve.

In order to achieve his dream, Jiro has shown some serious traits of dedication and hard work. Being an aircraft designer, Jiro was quite intelligent. His personality was one of the main things that contributed to his great achievements.

Arrietty is the protagonist of the movie ‘Arrietty the Borrower’. The movie is based on the 1952 novel The Borrower by Hayao Miyazaki. The plot of the movie is set up in 2010, goes around the life of a 14-year-old girl Arrietty who belongs to a family of tiny people living secretly in the walls and floor of a normal family. In order to sustain their life, they borrow or picks things from humans, due to which the movie is called Arrietty the borrower. Arriety being a borrower and a tiny man living among humans is leading a very challenging life. However, she works hard in order to make everything work. She is a person who doesn’t know how to give up.

She is the most creative and mysterious among her whole family. She is even befriended by a human Sho who helps her to borrow things. The movie was initially released in Japanese but was dubbed by Diseny for the audience of whole world.

Kaguya is the protagonist of the movie ‘The Tail of Princess Kaguya’ The movie is based on the 1000-year-old Japanese legend, about the moon princess Kaguya. The tail was written by an unknown author back in the 9th or 10th Century. The story is said to be taken place back in 909. At that time princess, Kaguya was found by a bamboo cutter as a newborn baby, in a glowing stalk of a bamboo plant. Kaguya was adopted by the bamboo cutter and was nicknamed Takenoko. Later, when she grew up, she was named Kaguya and is included in the nobles of Japan. The girl is said to become from the moon due to her immense beauty and shinning glow on her face.

From her very childhood, Kaguya showed some not-so-human traits. She grew up very fast, her beauty was unmatched at that time. She can separate light from the shadow and can bend light to become invisible. She was a very cheerful and loving girl loved by her parents and even the villagers. Although just by the rumors of being the moon princess, she was treated like a real-life princess by everyone. 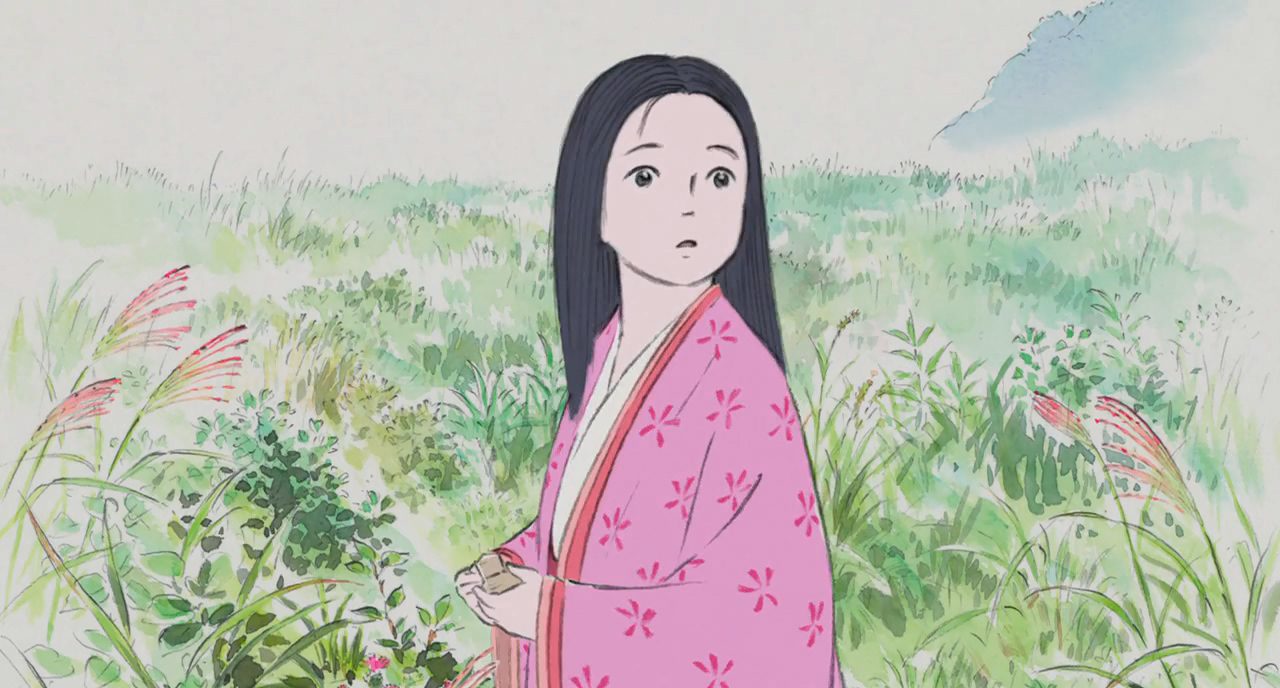 Kaguya – The tail of princess Kaguya