‘Pop Team Epic Season 2’ Announced, Here Is What We Know About It 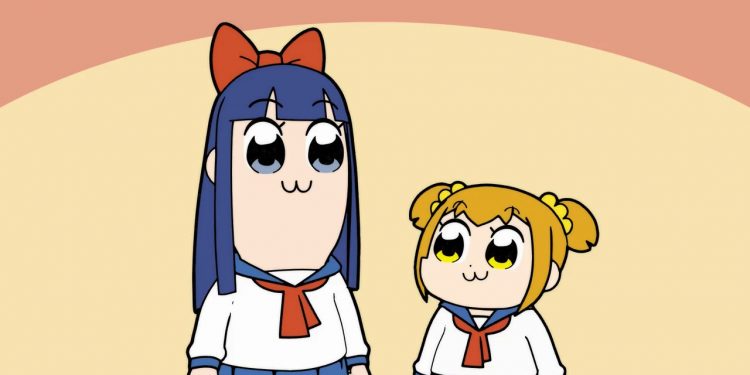 Pop Team Epic is a Japanese anime series based on Bukubo Okawa’s four-panel surreal comedic webcomic and digital manga. Prepare to be entertained as a new Pop Team Epic anime series is on the way, with a teaser video announcing season 2 of the fan-favorite anime. The series started in Japan on January 7, 2018, and ended on March 25, 2018. It was animated by Kamikaze Douga and produced by King Records. On January 22, 2018, FUNimation Entertainment released a SimulDub of the series, which debuted on their FunimationNow streaming service.

Popuko and Pipimi, two 14-year-old girls, meet a range of banal and odd circumstances and reply in similarly bizarre and exaggerated ways. Between January and March 2018, an anime television series adaption created by Kamikaze Douga and produced by King Records premiered; two extra episodes aired on April 1, 2019. Crude, rude, and a little…cute? Prepare for Popuko and Pipimi, the little and tall stars of Pop Team Epic, to have a larger-than-life attitude! A comedy based on Bukubu Okawa’s strange four-panel webcomic that will throw you off with its out-there humor and sheer weirdness. The second season, which fans have been waiting for for years, is finally here. It was confirmed on December 26, 2021.

Also Read: How to Watch Demon Slayer Season 2? Is it Available on Netflix?

Bukubo Okawa, best known for his Touhou Project doujinshi, wrote and illustrated Pop Team Epic. Between August 29, 2014, and November 7, 2015, the manga was serialized on Takeshobo’s Manga Life Win website. On December 7, 2015, the first tankbon volume was published in print. Between February 18, 2016, until April 30, 2017, Okawa released the “second season” on the Manga Life Win website. On June 7, 2017, the second volume was released. On October 10, 2017, the Manga Life Win website launched a “third season.” Vertical, the manga’s North American publisher, began distributing the series in October 2018. On January 9, 2018, a comic anthology based on the series’ fictional Hoshiiro Girldrop manga was released.

On April 2, 2017, the show’s anime adaptation was revealed. On April Fool’s Day of 2017, it was touted as a remake of Hoshiiro Girldrop. Jun Aoki and Aoi Umeki direct the anime, which incorporates Kamikaze Douga’s animation and production by King Records. Following a postponement from October 2017 due to a “King Records fault,” the series aired for 12 episodes between January 7 and March 25, 2018. On April 1, 2019, a television special including episodes 13 and 14 was shown.

The anime, like its source manga, is an animated parody program with multiple, frequently fragmented skits of varying durations. While some of these pieces are based on the original comic strips, the bulk is unique works. Fans of Bukubo Okawa’s Pop Team Epic 4koma comedy manga will be pleased to learn that the TV anime has been renewed for a second season.

The first season was noted for being split between A and B segments, with each segment featuring live-action and stop motion segments and being spoken by completely separate voice actors. It was also remixed into a new edition that ran in Japan from October through today, with the final episode airing earlier today. The official TV anime Twitter account posted a parody of a shonen manga anthology to commemorate today’s announcement, which you can see below.

Pop Team Epic is strange in many ways, but the most intriguing aspect is how the show only lasts 15 minutes before repeating with a fresh voice cast. In fact, there’s a scene in the original manga where the characters discuss who they’d want to voice them if they ever got an anime adaptation. They choose two well-known male voice actors, with the punchline being how ridiculous it would be if that actually happened. It actually took place. As a result, the cast was dubbed by Masashi Ebara and Hochu Otsuka in the first half and Yuji Mitsuya and Noriko Hidaka in the second half!

Before it was confirmed that Pop Team Epic would be returning, the teaser for the Season 2 features voice actor Shōta Aoi, who featured in the first season’s end, playing two different versions of himself. Pop Team Epic Season 2 has a teaser available below.

Popuko, like Pipimi, is a 14-year-old girl. Her hair is short and orange with jagged bangs, and she is small in stature. Her hair is pulled back into pigtails with what appear to be yellow ribbons. When she becomes upset, she possesses brilliant yellow eyes that enlarge, and her irises shrink. Popuko, like Pipimi, generally dresses in a sailor suit with white socks and brown shoes. Popuko, in contrast to Pipimi’s placid demeanor, is a hothead who gets furious over the smallest of things. She may look kind on the surface, but she is truly violent and aggressive on the inside; if someone irritates her, she will attack them without hesitation.

Apart from fury, she has shown a wide range of emotions, including intense affection for her partner Pipimi. Popuko, for example, was visibly depressed in the eleventh episode when she transformed into a tree. As demonstrated by instances like this, she may have love sentiments for Pipimi. Popuko also appears to like performing, as seen by her attempt to make a music video and the fact that she has two YouTube feeds, as depicted in the manga. Male voice actors outnumber female voice actors in her cast.

Pipimi, like Popuko, is a 14-year-old who is a recurring character in the Pop epic squad. In a series of frequently exaggerated sketches and parodies, the two are always depicted getting into over-the-top and bizarre situations. She serves as the team’s captain. Pipimi is a calm and even-tempered girl who rarely gets furious, unlike the tomboyish Popuko. In a comic strip, for example (which also got adapted into a scene in the anime). Despite Popuko’s repeated punches, she remained unflappably calm. She is the friendliest of the two, and she is frequently seen intervening in Popuko’s harmful activities.

Pipimi, on the other hand, continues to display violent intent in extremely calm behaviors, which she appears to believe are entirely normal. She also likes films that are more action-oriented and aggressive. Pipimi has a short fuse when it comes to her companion Popuko, and she uses it against others for her own gain. Apart from this, she is shown to genuinely care about her, frequently praising her and even threatening to kill other girls who insult her. Similarly, as proven in instances like these, Pipimi may harbor love affections for Popuko. She may be tough and straightforward at times, and in a discussion, she could zone out and think of Hellshake Yano.

Sosogu Hoshifuri has pink hair and green eyes and is dressed in a school uniform consisting of a beige sweater vest, a tie, a pink skirt, and a ribbon in her hair. Her idol attire consists of a pink dress with red boots and a ribbon wrapped in a ponytail on her head. Sosogu is depicted as a cheerful high school student who claims that no one at her school is aware of her idol status. Sosogu is seen to perform with two other girls, Shizuku Tsukino and Korona Yuhi, both of whom are called Shizuku Tsukino and Korona Yuhi. With one shot of her blushing while purportedly being furious at someone at the same time, it’s implied that she’s a tsundere. She seemed to be head over heels in love with Daichi. Bryn Apprill is the English voice actor in this.

Daichi Taira is one of Hoshiiro Girldrop’s key protagonists. Daichi has unkempt brown hair and brown eyes. He’s dressed in a school uniform. Daichi’s personality is unknown. However, he was proven to be laid-back. Seiichiro Yamashita plays him in the anime. The first word said in the Pop Team Epic was Daichi’s name. All of the Hoshiiro Girldrop episodes are about him. Daichi is ordered to watch after a girl he doesn’t remember in the first episode of Hoshiiro Girldrop. Pipimi turns out to be the girl Daichi has lost track of. Pipimi really tears the girl to shreds. But let’s just assume she was the girl. It makes a lot more sense.

Where To Watch Pop Team Epic?

You can now watch the first season of Pop Team Epic on Netflix, Crunchyroll, and Funimation if you want to catch up before the second season premieres.

Also read: 19 Days Anime Adaptation: Will There Be One?

Should We Expect Dickinson Season 4?